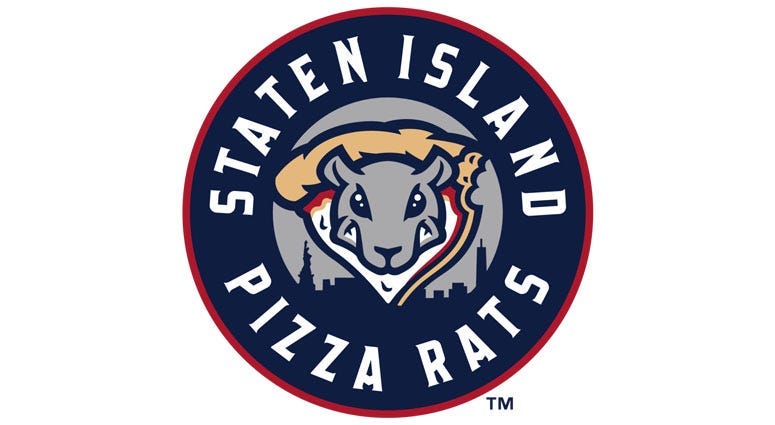 The Staten Island Yankees are honoring New York's most famous rodent by renaming themselves the Pizza Rats for five Saturday home games this season. It's an effort to rebrand the short-season Class A baseball team while remaining associated with the New York Yankees.

In 2016, the minor league team asked its fans to submit name suggestions they felt captured Staten Island and the team more accurately. The top five team name were voted upon by the fans to become the new team name for the 2017 season. Out of the top five suggestions -- the Pizza Rats, Bridge Trolls, Island Heroes, Killer Bees and Rock Pigeons -- the Pizza Rats were chosen. However, due to time constraints, the name change was not implemented until this season.

Players will wear Pizza Rats gear during the five games in which the name is changed, and Pizza Rats hats, T-shirts and more will be on sale to fans.

The name is inspired by a 2015 video that went viral showing a rat dragging a slice of pizza down the stairs of a New York City subway station. Many voting fans felt the Pizza Rats name was "unforgettable," team president Will Smith.

"We're going to have some fun with this brand at the ballpark in 2018," Smith said.

The Staten Island Yankees open their season Friday at home against the Brooklyn Cyclones.