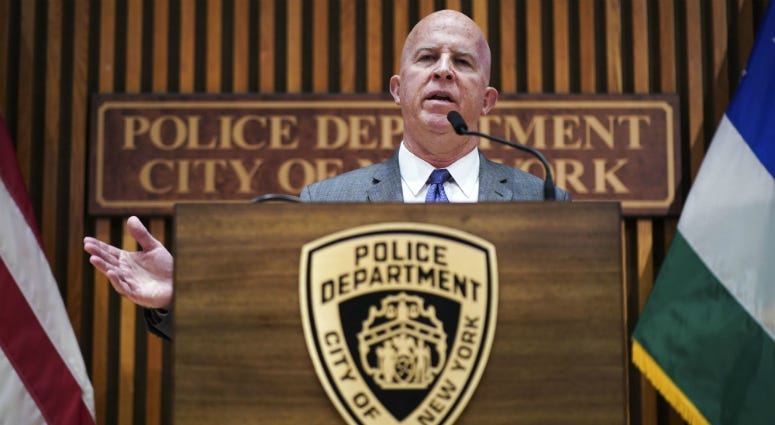 On Sunday, Entercom stations will air a two-hour “I’m Listening” special at 7 a.m. to help end the stigma about discussing mental health.

The initiative is being undertaken to help mark the start of National Suicide Prevention Week. You can call in live Sunday and join artists, athletes and medical professionals for an in-depth conversation about mental health and suicide prevention.

To help lend awareness to the issue and to Sunday’s special, Boomer and Gio were joined in studio Friday morning by NYPD police Commissioner James O’Neill, who spoke about the tragic series of police officer suicides that have recently happened in New York.

“The biggest issue that we face is having people come forward when they’re experiencing some difficulties and mental health challenges, and that’s difficult as a police officer," he said. "I don’t think anyone would argue with me there ... What do we do as cops? We protect people. It’s important that people know that it’s a sign of strength if you come forward for help.”

Ten NYPD officers have died by suicide in 2019. NYPD Chief of Detectives Dermot Shea said “we’re hurting” when he was asked about the streak of suicides back in August after an officer fatally shot himself in Queens.

“We do so much to take care of everybody in this city, we have to start taking care of ourselves," he said. "When you’re in crisis, you might not be able to do that. That’s why we need partners, we need friends, we need family members, we need supervisors, executives to make sure that people get the help they need when they need it.”

But it's not just the police. Mental health and suicide are issues that can affect anybody, and Gio shared his own personal story about how going to therapy and being open about his mental health helped him as a person.

“I’ve been someone who has gone to therapy," said Giannotti. "For a long time I didn’t want to talk about it, and I finally did. When I walked out of there that first time I felt like ‘why didn’t I do this a long time ago?’ because the professionals give you tools to do that, and I have never been under the stress a police officer is under."

Be sure to tune in ro WFAN on Sunday at 7 a.m. for the Entercom “I’m Listening” special.

Click the audio player above to listen to the interview with the NYPD commissioner.