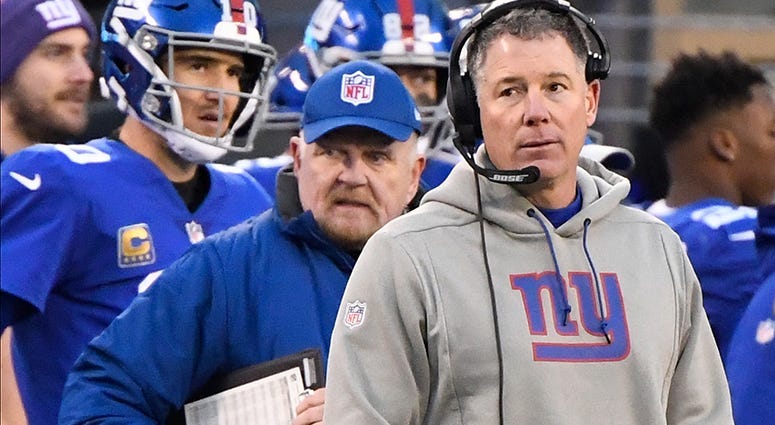 Pat Shumur's first season as New York Giants head coach is now over after a 5-11 finish. The questions now begin on the future of the organization from all different angles.

"We didn't win enough games. You win those and it makes a difference. That part is disappointing," said Shurmur. "We made a lot of progress and that's not easy to say when you don't win enough games. We feel like we are on the right track. We want to win more games right now. We got a real good feel for the areas we need to improve. We can do more of the things we did well and less of the things we didn't."

A big question mark coming into the season that blew up after the Giants struggles to start the season was the offensive line. While they definitely improved as the season went on, that will be an area to look for the team to improve upon in the offseason.

"You always address the offensive line," Shurmur said. "It doesn't stop when you pick your initial 53. We picked up Spencer Pulley, who played winning football for us during the season as well as Jamon Brown...two players that were key players for us in the end when we were playing much better offense. We made huge progress there. We added a lot of new faces. We're certainly still looking to address that. If you can't block the front, it's very hard to play good offense. If you can't put pressure on the QB and stop the run, it's hard to play defense."

Alright, it's on to the question everyone is waiting an answer for. Is Eli Manning going to be the Giants starting QB next season?

"Eli gave us the best opportunity and the best chance to win. I appreciate all the good in Eli. I've been around enough really good quarterbacks. The one thing Eli is that he is all-in," said Shurmur on his QB. "They can't do it by themselves. When we started to block better, it's a better indication of what Eli can do. The last eight games of the season is a better indication of what Eli is. I knew he could still play. He does things behind the scenes that are suport important to not only an offense, but to a team. I'm fond of QBs that can move around, but you have to be able to throw the ball from the pocket to have success in the league.

"If everybody around our quarterback plays the way they should and we coach the way we should, Eli can have success."

You can listen to the entire interview with Giants head coach Pat Shurmur above.