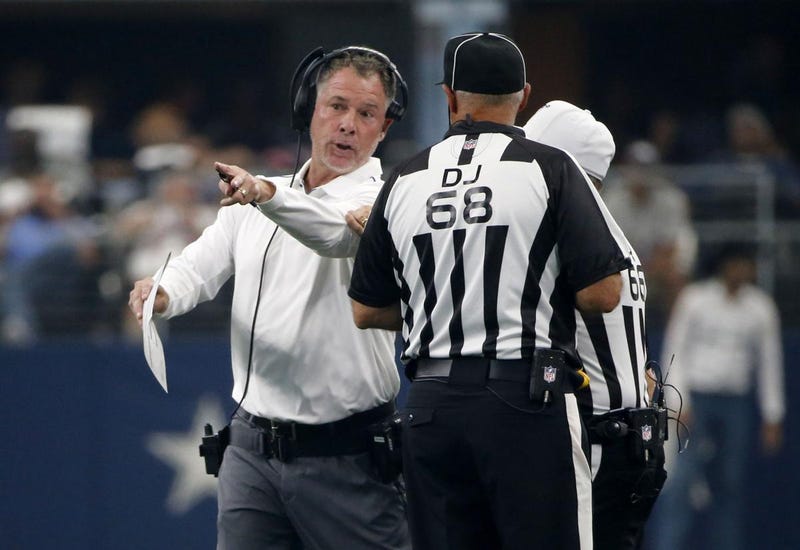 NFL coaches are generally optimistic in May, and new Giants coach Pat Shurmur is no different, especially when it comes to his quarterback.

"We're fortunate here that we've got an outstanding quarterback who's won two Super Bowls," Shurmur said. "And it's really fun to work with Eli because he's a true pro. He gets it, you don't really have to go through a long litany of reasons why you want to do something, and he can talk to you about it and say, 'Hey, maybe this'll make it better.'

"(Offensive coordinator) Mike (Shula) and I were just talking about what a joy it is to have a pro like Eli who can still play. Trust me, he can still play based on what I've seen so far."

Manning wasn't the only player Shurmur praised. Here's what he had to say about a few other Giants:

On rookie running back Saquon Barkley: "We certainly haven't been disappointed at all. When he started out with the rookie camp, and he shined there. And then we had a week of just training separate from the defense, and he did a nice job there. And in the last two OTAs here, he's been able to show that he's an instinctive runner. He does a good job catching the ball. He's really been pretty aware, and we've done blitz drills where he's been able to pick up his protection. So he's done all the things we need him to do."

On Odell Beckham Jr.: "I'm looking at this thing with fresh eyes, and I tell you what, he's dialed in. He's doing everything he can. He's chomping at the bit, and I'm sure he feels like he's healthier than he is. And he's still got some rehab left to do, but he was out there today, and we've got to sort of hold him back, kind of take his helmet away."

On Ereck Flowers: "Doing great. He's been here a couple of weeks now, and he's doing an outstanding job. He looks pretty good to me. Again, fresh eyes, but he looks pretty good to me at right tackle. ... We were walking off the practice field today, and there was Nate Solder and Ereck Flowers working together, where Nate Solder was simulating a rush to try to help him get some extra sets. So there's a camaraderie there with the O-line."