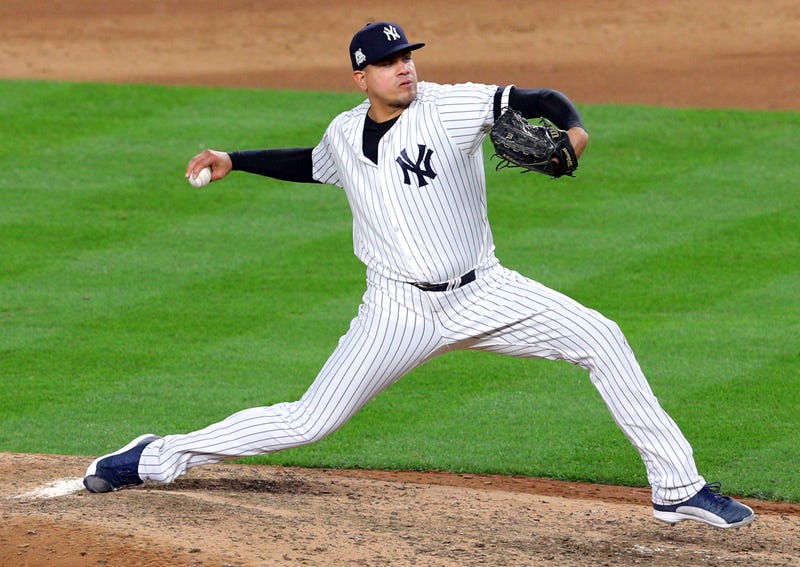 yankees are talking to both didi gregarious and dellin betances about extensions. betances is expected to get done first. didi would obviously not be a small deal. tj is minor factor but certainly not an impediment. moe important: didi and yanks love each other.

Betances' deal is expected to be completed first. The 30-year-old right-hander is set to play this season on a one-year, $7.25 million contract and would become a free agent next winter if no deal is reached.

Gregorius, 29, is expected to miss a large chunk of this season after undergoing Tommy John surgery. That injury is a "minor factor but certainly not an impediment" toward a contract, Heyman reported.

Since being acquired from the Arizona Diamondbacks in a trade before the 2015 season, Gregorius has emerged as one of the Yankees' most dependable players and a clubhouse leader. Last season, he hit .268 with a career-high 27 home runs.

Gregorius is earning $11.175 million on a one-year deal this season and is also set to hit free agency this winter.