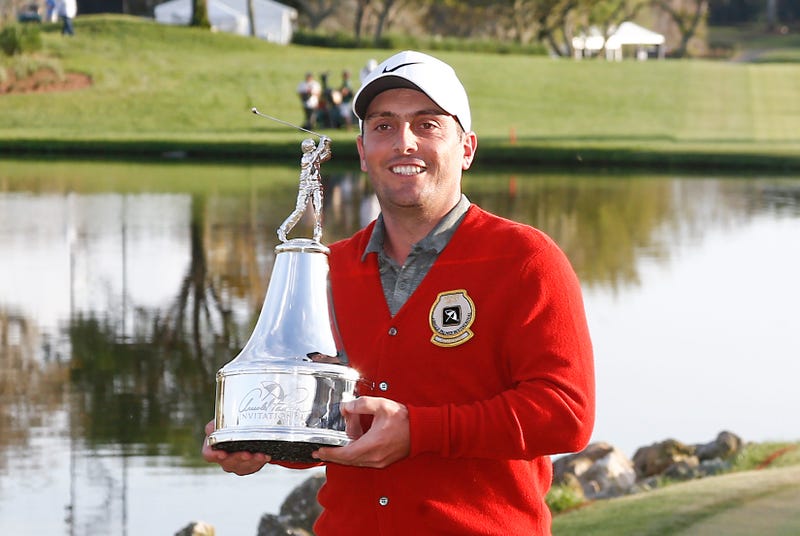 How is the legacy of an icon preserved?

Those who watched the Arnold Palmer Invitational this past week and walked around Bay Hill Club & Lodge which hosts the PGA Tour event, saw more than Francesco Molinari coming from a five-stroke deficit to win his third PGA Tour title in 12 months; or Rory McIlroy, yet again, fading in the final group; and Keith Mitchell, the Honda Classic champ, finishing T6, qualifying for the Open Championship, leading the field with 21 birdies over-all.

Spectators felt a good dose of ‘The King’s’ presence everywhere.

Palmer would have been proud. After all, it’s hard to forget this most important figure in the history of golf and sports. The 7-time Major winner with 62 PGA Tour titles, was known just as much for what he did off the course as for what he did on the course. He was the first superstar of the television age, the guy who invented sports marketing with a handshake deal with Mark McCormack, the player who invented the Grand Slam and made The Masters, The Masters. He made golf appeal to the masses, not just to members of country clubs, with his ‘guy next door personality,’ his warmth and friendliness. He founded The Golf Channel and Arnold & Winnie lent their name to both The Arnold Palmer Hospital for Children and the Winnie Palmer Hospital for Women & Babies, located next to each other, in Orlando.

With this and so much more, it would be difficult to forget ‘Arnie,’ as he was affectionately called by so many.

Many golfers have an Arnold Palmer story. I met Arnold Palmer years ago at a press luncheon in Manhattan. Seeing Arnold hit the honorary tee shot at The Masters all those years with Jack Nicklaus and Gary Player was always a highlight, as was visiting with him as he held court at a table in front of the Augusta National clubhouse on the Wednesday of Masters week each year. He always had time for every person who approached him. Being a part of The Golf Channel in the early days was exciting, particularly since Palmer was a Founder and such a big part of it.

Palmer’s long-time assistant, Doc Giffen, now 90-years-young, assisted Palmer with many things. And how excited this author was when I received a quote from Arnold Palmer which endorsed my book, ‘A Passion for Golf, Celebrity Musings About the Game.’

Years later, Doc made my visit to Latrobe in June 2016 to visit an ailing Palmer, a reality. I will never forget this act of kindness. Doc gave me the grand tour of the Golf House, where a lot of Palmer’s memorabilia is on display, the club room, where he tinkered with drivers, irons and wedges, and a visit with The King himself, who was in his office, signing memorabilia for his fans, which he did every day for hours.

Palmer passed in September 2016 at the age of 87. Keeping one’s legacy alive and thriving in our changing, hectic world, has to be challenging.

Look what happened to the Bob Hope Classic, The Dinah Shore and The Crosby. Those tournaments dropped the names of those legends who put those tournaments on the map, soon after they passed.

To the contrary at Bay Hill, tournament organizers amped-up the event this year in a classy way - with lots of images of Palmer, more photo opportunity areas with signage of the tournament and The Arnold Palmer Experience, a domed, 360-degree theatre, with interactive displays and all kinds of memorabilia from Palmer’s life.

Fans could watch a 6-minute film of Palmer’s life, compare their swing with Palmer’s swing and test their shot-making on some of the holes from courses that Palmer designed.

Jon Podany, who became the CEO of Arnold Palmer Enterprises and the President of the Arnold & Winnie Palmer Foundation, last October, reflects on the enormity of the business and the importance of growing his legacy and brand:

“It’s a pretty amazing empire that he built. Of course, the Arnold Palmer Invitational; the Arnold Palmer Cup (Ryder Cup-style tournament featuring top American men’s and women’s college golfers competing against top European collegiate players); the Arnold Palmer properties such as Bay Hill, Latrobe; his businesses which include licensing deals all over, including 400 Arnold Palmer Stores in Asia still going strong; the Arizona ice tea business is still very substantial and the Foundation which was recently renamed from Arnie’s Army Foundation to the Arnold & Winnie Palmer Foundation.”

“We’re going to try to do a better job in telling the complete story of Arnold Palmer’s life, not just his story as a champion golfer, and incorporate his story and imagery in different ways,” adds Podany. “You’ll see more images of Arnold Palmer with kids, Arnold with his Coast Guard uniform, memorabilia from his being a pilot. He built so many amazing brand concepts. The care that he took when signing his signature; the umbrella has become so iconic; he made a lot of really good decisions for his Brand.”

The Arnold Palmer Experience will be a traveling exhibition. There’s so much memorabilia to choose from, they can switch out the highlights of the exhibit.

The entire week was a huge success, on and off the course. With this tournament growing in commercial appeal every year, and the top players making it a priority on their schedules, it no doubt will be a lasting tribute to one of sport’s greatest figures, for years to come.