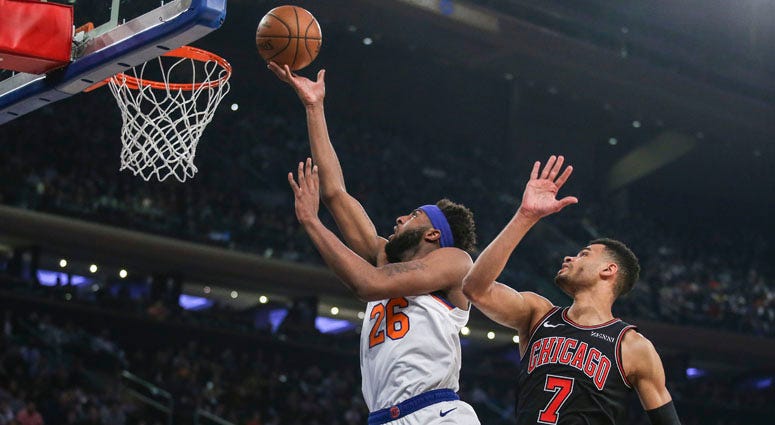 PALM BEACH GARDENS, Fla. -- For those of you who thought The Honda Classic, the first PGA Tour event on the Florida Swing, would suffer in the electricity department because Tiger Woods chose not to play, it was quite the contrary. With plenty of all-stars in the mix, The Honda Classic resulted in a potent finish and an amped-up crowd.

And after all the theatrics with three-time major champion Brooks Koepka, superstar and nine-time winner Rickie Fowler, four-time PGA Tour winner Ryan Palmer, 2009 U.S. Open winner Lucas Glover and Vijay Singh, at 56-years-of-age, trying to become the oldest player to win on the PGA Tour -- all keeping the pressure on -- it was a virtual unknown who stole the spotlight at the very end. A PGA Tour sophomore named Keith Mitchell staved off the giants. Mitchell won his very first PGA Tour title by dropping a 15-foot, pressure-packed birdie on the final hole.

The 2014 University of Georgia graduate turned a bogey-bogey start into a stellar 3-under-par 67, birding four of the final seven holes on a day when swirling winds made the difficult course even tougher.

Roars were heard all afternoon as six players were tied for the lead at 7 under at one point. Koepka climbed the leaderboard and grabbed the clubhouse lead at 8 under after a birdie on the 18th. Fowler dazzled, birdying three of the final four holes to finish tied with Koepka at 8 under.

But the 27-year-old Mitchell, a former Web.com player, maintained his cool. After his shaky start, he birdied holes 12, 13 and 15 and made pars on 16 and 17. A birdie on the 18th would win the tournament; a par would force a playoff with two of the biggest names in the game.

“I was just trying to focus on what was going on,” Mitchell told NBC Sports after his round. “My mind started to wander a little bit towards the end. You’re going to have bad thoughts. That is just the reality of it. I just tried to focus on actually what the putt was doing and the read and my speed, and I was able to do that and hit a great putt.”

The overall tournament was forced to rally back from the fact that three of the biggest stars in the game -- and local residents to boot -- Tiger Woods, Rory McIlroy and Dustin Johnson, opted not to play The Honda Classic this year.  With the tour's new compact schedule, there are seven tournaments in seven weeks – San Diego, Pebble Beach, Riviera, WGC in Mexico, The Honda Classic, Bay Hill, The Players Championship (which most players consider the fifth major) and the Valspar Championship. Players have to pick and choose which tournaments to play and when to rest in preparation for The Players Championship on March 14-17 and then pacing themselves leading up to the Masters on April 11-14.

But I’m not one to discount an event because Woods isn’t playing. Even though Tiger’s presence boosts revenue in ticket sales, concession sales, corporate sales and TV ratings, when he doesn’t play, the show must go on. And there are always fascinating stories if you keep an open mind. And you never really have to look hard to find them.

Early in the week on Tuesday, the Ernie Els Foundation #GameON Autism Golf program and the U.S. Adaptive Golf Alliance put on a clinic for children with autism. Then later that day, 2010 U.S. Open champ Graeme McDowell and Hall of Famer Dennis Walters were surrounded by young people during their clinic for The First Tee of The Palm Beaches. The charity aspect of the PGA Tour and its players are incredible. Each week, there are so many positive side stories taking place, showing the players giving back their time and energy.

Of course, PGA National Resort & Spa, the home of The Honda Classic, in Palm Beach Gardens, Florida, is a story in itself. The resort has five golf courses, four on the premises and the fifth course, the Estate Course, not far. In addition to the golf courses and the varied instruction academies to teach all age groups, PGA National also offers a gorgeous spa, a huge fitness facility, the Johan Kriek Tennis Academy, a number of swimming pools, saltwater therapy pools and a lovely resort.

The Champion Course, designed by Jack Nicklaus, is the venue that hosts The Honda Classic. It shut down the course last year from June to October and put in 18 new greens. The tees on the par-3 17th hole were moved up from 190 yards to 175 yards in an attempt to make at least one-third of the famed "Bear Trap" (holes 15, 16 and 17) a bit less challenging. But with wind gusts up to 25 mph Sunday, getting close to that hole, with water in front and to the right of the small green, continued to be extremely difficult.

The Bear Trap is treacherous and is considered the third most difficult stretch of holes on the tour behind Quail Hollow’s three finishing holes and Pebble Beach’s eight, nine and 10.

With all the talk about the challenging venue and the lack of star power playing in the event, it turned out to be a dazzling start to the Florida Swing.

Here’s to Mitchell and keeping his cool to grab his very first PGA Tour win. His life will change now as he will be fully exempt to play all tournaments this year and next and earned 500 FedEx Cup points as well as a spot in many prestigious tournaments, including the 2019 Arnold Palmer Invitational, the 2019 Players Championship and the Masters.