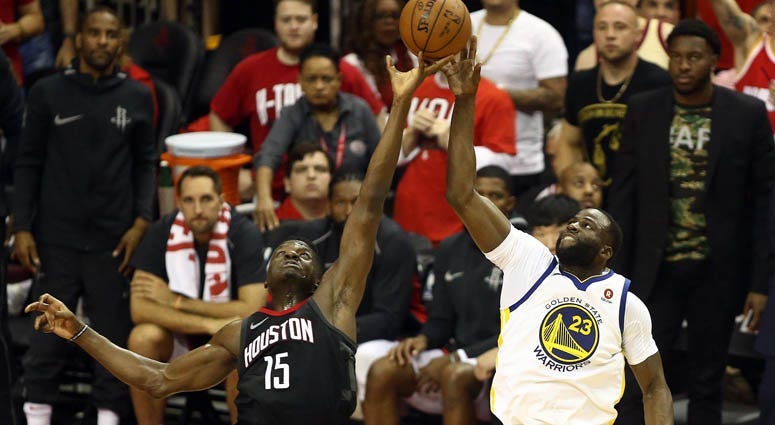 If you’re trying to develop a winning team, it’s important to watch the NBA playoffs to see what the top teams do and why they’re successful. As the draft approaches, it is very informing for the Knicks how the Warriors, Rockets, Cavaliers and Celtics use their rosters and how players at different positions bring value to their teams.

The Rockets and Warriors often play no traditional center. Instead, they use players such as Draymond Green, Kevon Looney and Clint Capela at center. All three players are trusted to switch onto perimeter players and guard them in pick-and-roll situations. The Celtics often use Al Horford as their lone big who can also guard that way. More teams are trying to design their rosters to play this way.

The truth is there are four important skills that NBA executives and coaches really want from their centers: rim protection, ability to switch onto and guard perimeter players, rebounding and shooting. The other important truth is that most successful modern-day NBA teams will play only one big man who fits the profile described above. With so many teams playing athletic players with wing skills at the four, playing two traditional bigs puts teams at such a disadvantage on defense -- and sometimes on offense due to floor spacing -- that winning is impossible.

MORE: David Fizdale On Porzingis: I Want Him To Feel Special

Due to the way the game is played and officiated in the modern NBA, it is very difficult to punish teams inside with big people against smaller wings to negate the disadvantage on defense. Post-ups are one of the most inefficient plays in the NBA when it comes to points per possession. Perhaps if the league decides to expand the court, deepen the 3-point line and let smaller guys get away with less contact on post defense (and not calling so many offensive fouls on flops), then things might swing back to the big man’s advantage. But that is not going to happen anytime soon.

With perimeter players holding more value and needed in greater volume than big men, it stands to reason one of those big men could get pushed down to the Knicks at the No. 9 pick in next month's draft. The Knicks already have their one big man in Kristaps Porzingis, who is almost the perfect center in the modern age (spare a rebounding deficiency). He can protect the rim, can shoot and is agile enough to be decent in space defensively.

General manager Scott Perry has repeatedly said the Knicks are still in the talent-acquisition phase of their team building, and that is hard to argue with. Picking the best player regardless of position is often the best idea, but the Knicks might have to make an exception if the best player available at No. 9 is a center, Porzingis’ future position.

MORE: Schmeelk: A Look At Some Possible Draft Targets For Knicks At No. 9

Carter has the best chance of being there at No. 9. He has the potential to be a modern-day NBA center as well. Playing him and Porzingis together wouldn't work. Once you are asking either Porzingis or Carter to go play power forward, where they would have to guard a 6-foot-7 player with wing skills, their advantages are either mitigated or eliminated completely. Unless his weight loss has given him the agility of Horford, Carter doesn’t have the foot speed to cover a player like that, and neither does Porzingis. Teams would hunt those mismatches all game.

Despite his injury and contract situation, the Knicks don’t have much of a choice but to proceed assuming Porzingis will be their franchise player long term. He is the only player on their team they cannot afford to replicate. New Knicks coach David Fizdale has talked a lot about playing positionless basketball, and Carter would not fit that profile. Mikal or Miles Bridges, however, would.

Drafting the best player is really a misnomer. The better plan is to draft the player who brings the most value to the franchise. Drafting a center like Carter in today’s NBA, especially with Porzingis already on the roster, does not provide the Knicks value. He might even reduce Porzingis’ future value by forcing him to play out of position. It is not going to help them win basketball games.

The Knicks are picking ninth and are going to be at the mercy of the teams picking ahead of them. So what do they do if they get to the ninth pick and Young, Mikal Bridges and Porter are all gone, along with the consensus top-five players (Doncic, Ayton, Bagley, Jackson, Bamba)? If Carter is way ahead of the other remaining prospects on the Knicks' board, they would have to take him. It wouldn’t be the wrong pick, but it wouldn’t necessarily be a good one, either. Sometimes there is no great choice, and the Knicks could find themselves in that position.

Of course, if the Knicks really like Miles Bridges, Collin Sexton or one of the other wings or guards remaining, it wouldn't be that tough of a decision. If they don’t, Perry would be staring a franchise-altering decision right in the face in his first draft with the Knicks.

You can follow me on Twitter at @Schmeelk for everything Knicks, Giants and the world of sports.​