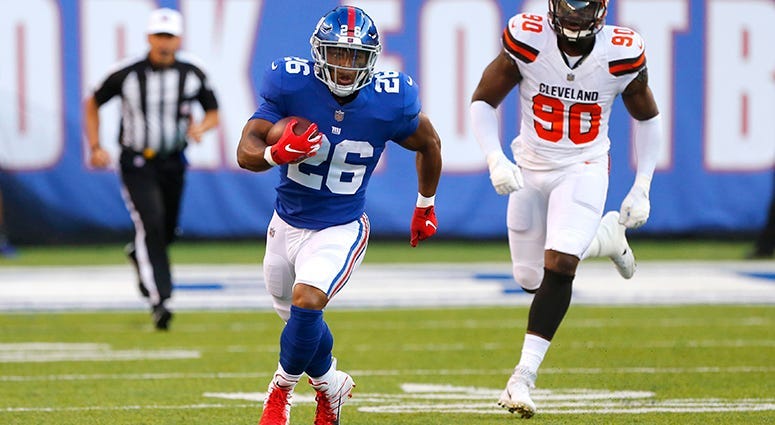 There are many people out there, whether it be the fans or the media, that completely overhype preseason games, stats, and results. These games don't matter. People need to start sitting down, taking a chill pill, and relax. You need to realize that most of what happens in August is essentially meaningless.

Nobody has won a Super Bowl in August. Your team could lose every game and look atrocious the entire month of August...and still go win a Super Bowl. None of this month matters...at all. Just be healthy come September.

Sam Darnold will see the field for the Jets Friday against the Falcons in their first preseason game. He'll likely play in the second half and go up against players that may not even be on an NFL roster this season. While it will be nice to see what he does and how he looks, it means nothing. He will go up against competition that will be nowhere near what he would go up against in a regular season. Even if he started one of these first few preseason games, none of these guys are in game-ready mode and they are still trying to get in a rhythm.

Last night, Saquon Barkley made his debut for the Giants against Baker Mayfield and the Browns. He immediately ran for 39 yards and people wanted to put him in the Hall of Fame. He didn't do much else after that, not that it matters, but one run and he's a sensation. The same is said for Mayfield, who threw for two touchdowns. GIVE HIM THE JOB OVER TYROD TAYLOR, HE'S A LEGEND.

Darnold may be the Jets franchise quartberack. Barkley may be the Giants franchise running back. Mayfield may return the Browns to relevancy....but until they play games that matter, anything they do right now is irrelevant. The overhype train every single year with some of these players is corny. Just appreciate the fact that football is back. Preseason is the time to start to flip the switch from baseball to football, at least if you're a Mets fan. It's the time to start doing your fantasy football mock drafts, check depth charts, statistics from last year, and get your couch all set for Sundays 1-11, Monday nights, and Thursday nights. It's the time you pray everyone stays healthy and nobody tears the ACL.

Sadly for the Redskins, that was the case for rookie running back Derrius Guice. Injuries like that make me hate the four-game preseason slate.

So everyone just plop your rear end on the couch, enjoy football, and don't look too deep into what happens in August. Let the fringe roster guys fight for a spot on an NFL team. This month is big for them. It's not big for you guys and making dumb assumptions about your team, stars, rookies, etc. Just breathe. Enjoy the last full month of summer. Work on your tan. But please just relax. You will feel more prepared for September-February.