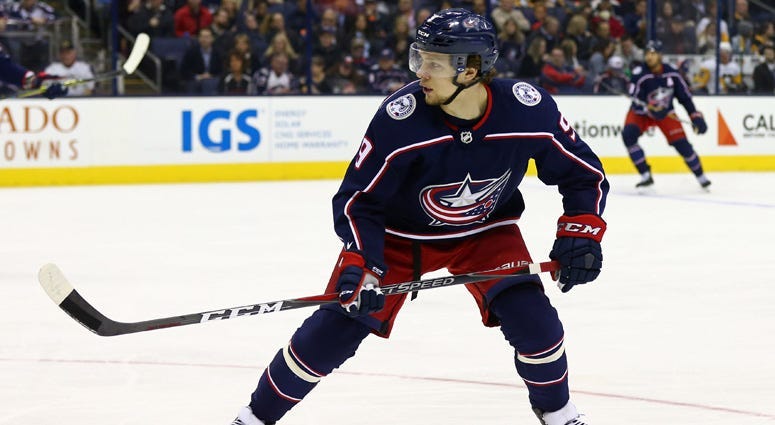 Artemi Panarin on Broadway is a mouth-watering thought for Rangers fans. The 26-year-old wing has averaged 29 goals per season and possesses off-the-charts skills that can change a game at any moment. Any team would stand to benefit by adding Panarin to its arsenal of snipers.

The Panarin-to-Rangers rumors have been persistent, though it’s believed that the Blueshirts are more likely to pursue him as a free agent next offseason than do what it takes to acquire him now from the Columbus Blue Jackets.

According to Aaron Portzline of The Athletic, the word around various front offices is that Panarin’s preferred destination is the Rangers.

As the Rangers are currently in rebuild mode, don’t expect general manager Jeff Gorton to be willing to surrender the picks or prospects required to make a Panarin trade happen this summer. While an excess of centers will force the Rangers into dealing this preseason, the organizational objective is to retain assets and picks that can aid the rebuild.

So, the key word for Rangers fans is patience. Patience worked for the Rangers in their pursuit of defenseman Kevin Shattenkirk.

Shattenkirk was heavily linked to the Rangers as the 2017 trade deadline approached, with industry whispers suggesting his preference to join the Blueshirts. The Rangers were unwilling to meet the St. Louis Blues’ asking price for Shattenkirk – but the Washington Capitals surrendered the assets needed to land Shattenkirk as a short-term rental.

One day after the Capitals acquired Shattenkirk, the Rangers traded for defenseman Brendan Smith. When Shattenkirk hit the free-agent market months later, the Rangers signed him to a four-year contract.

If Panarin is intent on joining the Rangers, any other club that could acquire him would be gaining a rental only. Panarin has one year remaining on his current contract at $6 million. Should he enter free agency in summer 2019, the Rangers would be positioned to offer him the lucrative long-term contract he desires.

Only Mika Zibanejad and Brady Skjei possess contracts that run beyond the 2020-21 season, so the Rangers’ salary-cap situation is fluid. There aren’t any back-breaking long-term deals that complicate the Rangers’ future plans. Everything is in place for the Blueshirts to be major players in free agency next summer.

Nothing is guaranteed, but that won’t stop Rangers fans from dreaming of a rebuild that shifts to Stanley Cup contention with Panarin on board.

Consider the stockpile of talented youth in the system at forward (Filip Chytil, Lias Andersson, Brett Howden, Vitali Kravtsov, Tim Gettinger), defense (Neal Pionk, Nils Lundkvist, K’Andre Miller, Yegor Rykov, Libor Hajek, Joey Keane) and goaltender (Igor Shestyorkin, Olof Lindbom). Add that to the existing talent on the Rangers’ roster, then add Panarin and other elite talents to the mix, and it’s not unreasonable to think at some point this group matures into a powerhouse.