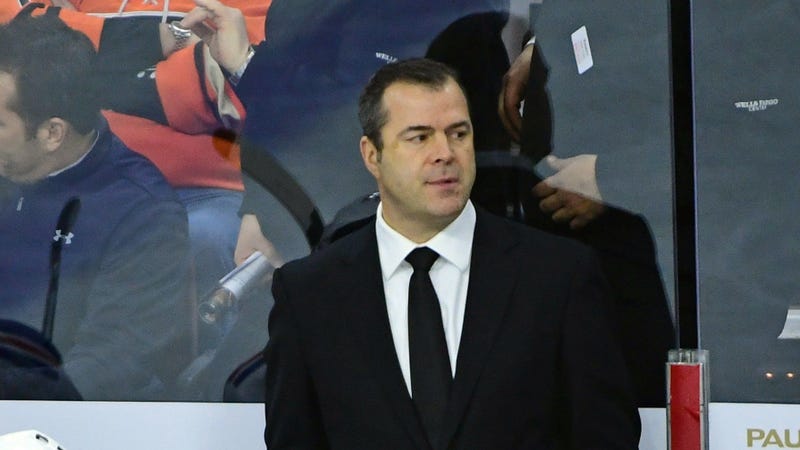 NHL head coaches live in somewhat of a bubble where there isn’t a whole lot of challenging of their core beliefs. While assistant coaches have the capacity to offer suggestions or play devil’s advocate, head coaches ultimately have the final say and often cling unflinchingly to their beliefs.

Like his Rangers predecessor John Tortorella, Alain Vigneault was a total believer in his philosophies and paid the price for it. Vigneault was fired late Saturday in the hours following a season-closing 5-0 defeat to the rival Philadelphia Flyers.

His calm touch and allowance of dressing-room self-policing by the players was a stark contrast to how Tortorella choked out the confidence of his team through a fire-and-brimstone atmosphere and obsession with his players’ off-ice interests.

Back in February 2009, the Rangers hired Tortorella because he was a total shift in attitude from Tom Renney’s unflappable nature and optimism. The shift in personality and style from Renney’s fast-skating, possession-based system to Tortorella’s stifling, defense-first system brought results when Tortorella led the Rangers to the 2012 Eastern Conference finals.

But Tortorella’s effectiveness would only last so long. His extreme personality was not a sustainable way of getting through to a locker room of men who can keep each other on task. My feeling while covering Tortorella was that if he just dialed back his personality and adjusted his on-ice principles a tad, he would be an ideal coach. Tortorella has since proven he can change by loosening his chains and letting the Columbus Blue Jackets play to their offensive strengths.

Vigneault arrived in New York in the summer of 2013 as a breath of fresh air for a veteran team. He allowed the players to be accountable for themselves and treated them like responsible men. His offense-leaning system helped Ryan McDonagh to evolve from a shutdown role to one of the league’s best all-around defensemen. Mats Zuccarello was able to grow from a seldom-used fourth liner to an integral piece of the machine.

In his first season behind the Rangers’ bench, Vigneault led the team to its first Stanley Cup Final appearance in 20 years. After reaching consecutive Eastern Conference finals in 2014 and 2015, the cracks in Vigneault’s armor began to show -- his overtrust in veterans, the continual high shot totals against and inability to defend the net-front area.

There was never any noticeable evolution to Vigneault’s modus operandi. He was always unflinchingly calm, even when games turned sour. He refused to adjust his overload system and coaching tendencies to suit the situation. Several veterans were given almost unlimited leeway, while promising rookies were only given pathways to success once the roster forced Vigneault to have no other option.

The best coaches in the league can see the forest for the trees to examine the broader picture. They adjust, they experiment and evolve their thinking. For too long, Vigneault has been stuck in his ways -- to the Rangers’ detriment. It was only right that a youthful-trending team will get a fresh start under new coaching leadership.