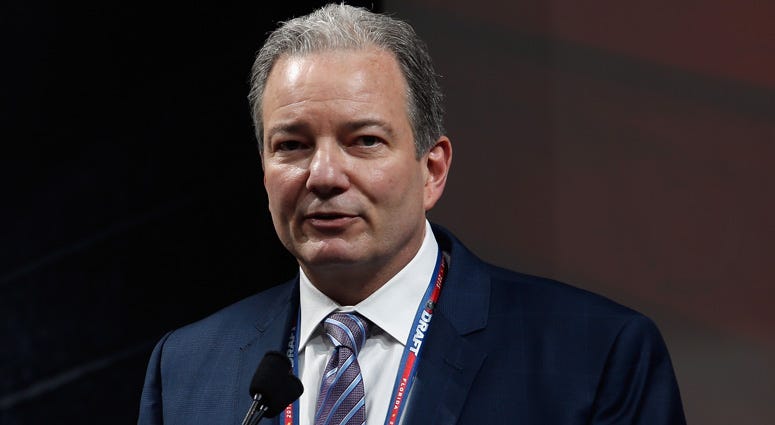 The only negative side effect, and it’s a very minor one, of the Devils’ unexpected ascension into NHL relevancy last season will be felt on Friday night, when the league holds its Entry Draft in Dallas.

The rebuild under general manager Ray Shero was going swell at this point a year ago, thanks to New Jersey’s perfect tanking season. They stunk just enough to cash in at the lottery sweepstakes to win the number one overall pick.

The Devils selected 18-year old center Nico Hischier and the rest was history. New Jersey qualified for the playoffs for the first time since 2012, a remarkable accomplishment.

Shero’s plan, however, went out the window.

A year ago, most analysts, including me, were anticipating that Shero would get at least one more opportunity to land a relatively high draft choice to add to the Devils’ core mix. Instead, New Jersey will select 17th on Friday, not the usual slot one would secure a top player.

That doesn't mean that Shero is under any less pressure to get this one right. Let's face it, the Devils, before taking the "can't miss" Hischier, haven't exactly killed it in recent first rounds, especially in the latter stages of the Lou Lamoriello era that ended before the 2015 Draft.

Shero's first two picks as Devils GM were also centers. While Pavel Zacha (6th overall in 2015) and Michael McLeod (12th overall in 2016) are both young enough that their futures are far from written, it's also fair to say that they have each underdelivered to date.

Zacha was given every opportunity to earn a top-six role last season and then failed to seize it with the requisite gusto, at least according to coach John Hynes. He finished 20th on the team in ice time per game (14:22) while recording a paltry 25 points in 69 games.

McLeod could have easily found his way onto the Opening Day roster last season with centers Travis Zajac and Brian Boyle out of the lineup, but his play at training camp warranted another season of development at OHL Mississauga.  McLeod is one of only three players taken within the top 16 picks in his draft who have yet to skate in the big league.

While Shero has said he has not ruled out moving this year’s pick, it’s more likely that he would trade down than up. Shero dipped into his previously ample draft pick inventory to bolster the roster last season.  That left New Jersey without picks in the second and third rounds this weekend.

Assuming the Devils stand pat, the majority of mock drafters believe they will select the best available defenseman. Can’t argue with that--it’s the team’s most obvious need, with very few high-level candidates currently in their pipeline.

Bode Wilde, who will be attending the University of Michigan after playing for the U.S. U-18 National Team Development Program last season, checks many of the boxes. He’s a right-hander with good size (six-foot, two), skating ability and a booming shot. He’s ranked 17th among North American skaters by the NHL’s Central Scouting Bureau, which means there’s at least a chance he will still be on the board at 17.

Two other defensemen mentioned as possibilities are riskier picks, in my opinion. Rasmus Sandin is a bit undersized and too similar to Will Butcher for my taste while K’Andre Miller only started playing the position three years ago.  Scouts, though, rave about Sandin’s hockey sense and Miller’s upside.

One thing to remember: Hischier was one of only two 2017 draftees (Philadelphia's Nolan Patrick, the second overall pick, was the other) who suited up for more than 22 NHL games last season.  So no matter who Shero chooses, don’t expect immediate help.

Shero will have to look elsewhere to keep his club on the upward path next season.