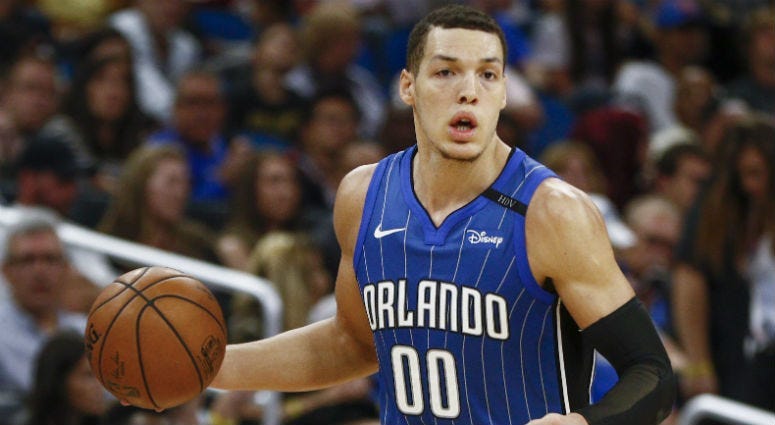 The NBA playoffs are in full swing, with fans across the nation glued to the games to see if any team has the goods to break up Golden State/Cleveland Round 4.

But for hardcore fans of teams that have prematurely gone fishing, like the Nets, this is silly season.

We’re busy pondering things like, "Who will fall to number 29 in June's NBA Draft? Who should Brooklyn general manager Sean Marks target in free agency?  How about executing this trade for Superstar X where the counterparty accepts our unproven and proven-to-be-substandard performers?"

It's all pure speculation. No one has seen Marks’ Plans (A, B, C & D) for this offseason.  They’re probably not even finalized.  Remember that neither Caris LeVert nor Jarrett Allen were connected to Brooklyn by any source until they were selected by Marks in the first round of the last two drafts.

And for those who think the Nets have the assets to obtain a player of the caliber of Spurs star Kawhi Leonard, you are delusional.  They can’t even deal a first-round pick until 2020, not that they should.

So if we’re going to dream, let’s keep it somewhat grounded to reality.

It could happen, if Marks opts to forgo straight tanking and continue in “talent acquisition mode” with a slight tweak to balance the roster better.

We can assume that the top unrestricted free agents still prefer winning destinations over perks like Brooklyn’s pristine practice facility.  And the last thing I want is for the Nets to take on another long-term Mozgov-ian contract in a trade for another development project.

But we also know that Marks has not been afraid to tender overgenerous offers to RFAs.  He may be 0-for-3 on landing such targets, but many wonder if the Heat, Blazers and Wizards now wish for mulligans after seeing the dire salary cap consequences from their respective matches on Tyler Johnson, Allen Crabbe and Otto Porter Jr. in the last two offseasons.

Could this be the year that a team is willing to let a young asset walk out the door?

There are scouts I’ve talked to who believe the Magic won’t be matching an extravagant offer for Gordon.  It should be noted that those scouts don’t have the same opinion of Gordon as I do.  They knocked his basketball IQ and said he presents all the questionable decision-making with the ball that we’re so used to in Brooklyn.

I think Gordon checks all of Marks’ boxes.  A fourth overall selection in the 2014 NBA Draft, Gordon has played four seasons but will turn just 23 in September.

Gordon is an exceptionally athletic power forward who can space the floor—a perfect fit for coach Kenny Atkinson’s offensive schemes.  His efficiencies (43.4 percent from the floor, 33.6 percent from deep) last season were rather meh, but he was never the same after suffering the first of two concussions on December 8.  His splits in his first 25 games (18.5 ppg, 8.1 rebounds, 49.2 percent shooting overall, and 40.1 percent from three) suggested he could have been primed for a monster campaign.

Instead, Gordon slumped to the finish line, playing only 58 games while dealing with injuries to his calf, hip and head.

After the season, Gordon told the Orlando Sentinel that his “ideal is max” when it comes to re-signing with the Magic.  However, though a lousy team, the Magic are already paying a lot of guys big money.  They will have committed about $86 million (including $7.7 million in nonguaranteed contracts) to the 2018-19 cap before cap holds on free agents and draft picks, per spotrac.com.

It’s not an easy decision for Orlando’s front office.  The organization will be in Season 7 of rebuilding mode. Do they view Gordon as a key component going forward, or should last year’s sixth overall selection Jonathan Isaac be groomed as a much cheaper alternative at the position?

Now, the Nets currently do not have the cap space to take on a free agent contract that would surely be at or close to max level on July 1.  Current projections have them with around $16.5 million in space before cap holds for free agents (like Joe Harris) and draft picks.  Marks would have to lower payroll in advance of free agency.

I would suggest point guard Jeremy Lin as the obvious candidate to pawn, given his expiring contract and the Nets’ depth at the position.  Lin played just 25 minutes last season thanks to a ruptured patellar tendon after missing 46 games in 2016-17.  Still, Lin is an experienced player who could have value to a specific team in need of an extra ballhandler.

If not, I would hope that Marks would take another look at offers for DeMarre Carroll, the 31-year old wing who had a career year on and off the court last season.  Acquiring Carroll (along with the aforementioned 29th overall pick and a second-rounder from Toronto) for a song last summer was Marks’ best move over his two-plus seasons in charge, in my opinion.

Carroll’s departure from Brooklyn would clearly hurt, but Marks must know that he can’t expect any significant improvement next season going with the status quo up front.

The issue could have been fixed last offseason—players like Ersan Ilyasova, Nikola Mirotic and JaMychal Green were all available—but Marks went in other directions.  Was he using last season as an experiment for Rondae Hollis-Jefferson?  Was that why Trevor Booker was unloaded in December, leaving journeymen like Quincy Acy and Dante Cunningham as the only viable backups?

Hollis-Jefferson has been receiving accolades in the media for his improved production last season, but I can't think of another team that starts an undersized 4 who doesn’t shoot threes.

Get Gordon, and then maybe we can start taking the Nets seriously.