Daniel Jones has a neck injury that will keep him out of Sunday’s game in Miami, head coach Joe Judge saying Friday that Jones was not cleared for contact, and the team “doesn’t feel 100 percent comfortable with him until the medical team clears him fully.”

“There's been a series of check-ups and this morning we had a meeting with the medical team and based on the information that was given and the decision that's been best for Daniel, the ruling has been he's out for this game,” Judge said.

We know Jones suffered the injury in the first series against Philadelphia, and we know Jones will miss one game (although he will accompany the team to Miami, as they will head to Arizona right from there) – but that’s about it, because no one will reveal what Jones’ injury actually is.

“I'm not going to go into any specifics about the injury. I'm going to keep it just as what the status is,” Judge said when asked further about the issue. “But, I would say at this point that (it not being season-ending) would remain true.”

“As of right now, we'll rule him out. We'll evaluate him for the future, including as soon as next week, with the doctor,” Judge said. “We don't have any answers on the immediate future yet. We have ruled him out for this week, and we'll evaluate everything for the future as we get through it.”

According to Judge, Jones was never put into concussion protocol ostensibly because no one noticed anything to warrant it, even though the injury was apparently suffered when his head and neck were snapped into a defender’s body, and he never showed any symptoms during the week.

Jones has gone through a series of checkups and will have to meet with the doctors this weekend and Monday in Arizona for further evaluation, but he was on the field doing some individual work on Friday – something he had done all week leading up to the announcement he would be inactive Sunday.

“The one thing I don't want to do is de-condition him and pull him out for the entire week, which obviously, he's been going through with the first-team offense throughout the week,” Judge said. “I don't want to do anything that would de-condition him and set him back for him being ready for future games. He'll take some work through drills and fundamentals and stuff.
We'll still keep him going and moving.”

Of course, Judge said Jones wanted to play – “he’s going to try to find every way possible, and that’s one of the things you love about Daniel” – but the team had to make the right decision for now and for the long-term. 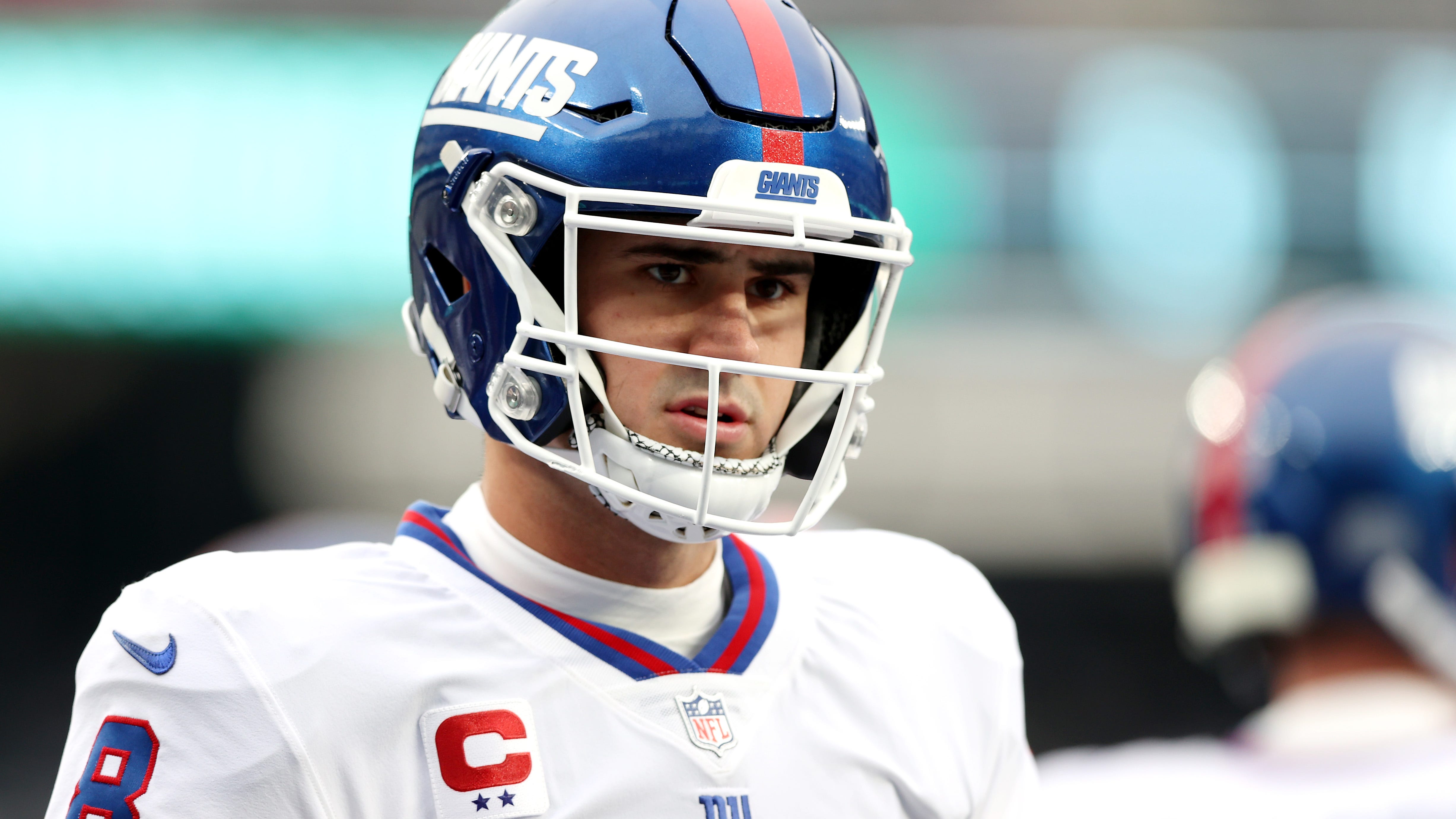 Daniel Jones not cleared for contact, ruled out for Sunday's Giants-Dolphins game

But, just how long-term is that decision? And, why is there so much “grey area” as to what’s going on?

“Because there's really gray area in what it is. There's really no final decision on that,” Judge said. “Obviously at this point, we're pushing to get him on the field as soon as he's healthy and ready to go. He wants to be on the field as well. He just wasn't cleared for contact today. In terms of what it's going to look like in the immediate weeks coming up and future weeks down the stretch, there's no answers right now. Everything else would be hypothetical or guessing at this point.”

Perhaps the Giants know more they aren’t letting on, or perhaps the Giants don’t know enough to be able to feel comfortable that Jones won’t be seriously injured by one wrong hit. Either way, at least, in this case, the team was out in front of the issue in revealing Jones’ status two days before kickoff.

“Just being forthcoming with you today. I don't know, maybe I'm in a funny mood today,” Judge laughed. “Look, in this case, it was just time to go ahead and say it. We made a determination. Daniel will still do some things, and he's actually looked well moving. That's been encouraging, the way he's thrown the ball, the operation of the team, that's all been very good.
He's still Daniel. He's still leading on and off the field and still doing everything we ask him to do. I know this is frustrating for him, but a decision that we have to make that's best for him.”

The question then, whether or not the Giants win or lose Sunday, will be what that “best” actually is.