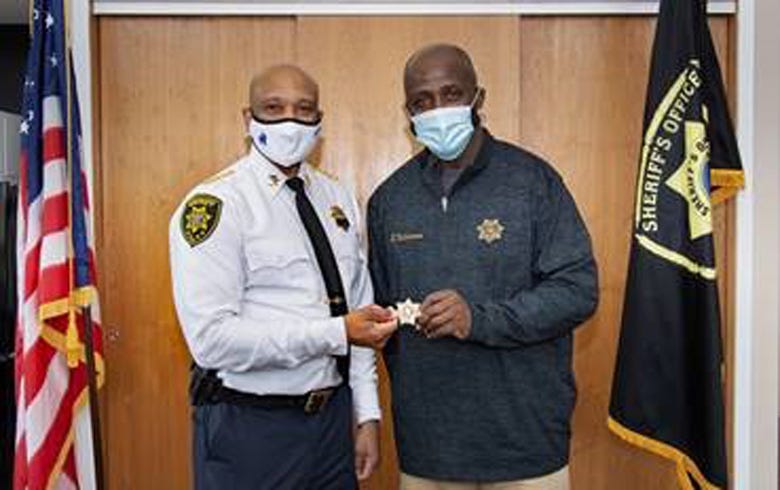 The 59-year-old Williams, who is the Director of Sports Management at Long Island University – C.W. Post in Brookville, is teaming up with the Sheriff’s Office to work with local youth to help them reach their dreams by encouraging them to work and study hard.

“When I work with kids to help them succeed, I encourage them to believe in themselves,” said Special Deputy Williams. “Believe and you will achieve.”

He was appointed by Suffolk County Sheriff Dr. Errol D. Toulon, Jr. who said, “Mentorship is an important aspect of our youth initiatives. I’ve always said that my goal is ‘to get to the kids before they get me.’ Having Perry Williams, a two-time Super Bowl winner, as a Special Deputy, encouraging our kids to work hard and achieve their dreams, is a huge win for the people of Suffolk County.”

Through his personal and professional experiences, which includes a 10-year stint as a cornerback for the New York Giants from 1984 to 1993, Williams will teach kids that they can do whatever they want if they put their minds to it.

Williams also played college football, ran track at North Carolina State where he held the indoor track record for the 55m dash, and was slated to compete in track at the 1980 Olympics in Moscow before the U.S. boycotted the sporting event to protest the 1979 Soviet invasion of Afghanistan.