Brian Daboll said after Sunday’s Giants win that he can never remember a time in his career where he’s been forced into a situation like he was against the Bears, where both of his quarterbacks were hurt and he had to run the Wildcat offense with a running back.

But that said, once Tyrod Taylor went out of the game and into concussion protocol, Daboll thought Daniel Jones, who had left with an ankle injury, could’ve thrown if needed.

“He was like, 'I can go. I can go. I can go.' But I just think it's important, you can go and do the tests and run over there,” Daboll said of what Jones told him before the starter was initially removed. “You appreciate the grit and the resolve that the players have. But I think it's your job, too. I want to make sure he can protect himself more than anything.”

When Taylor went out in the fourth quarter, Jones came back in but was mostly a decoy, relaying the signals to Saquon Barkley – but again, both he and Daboll thought he could’ve finished the game as a passer if needed, even if no one knows exactly what or how severe Jones’ ankle issue is.

“I feel good, a little sore but good,” Jones said after the game. “It hurt when I went back in, didn’t feel like I could move it quite the same, but once I got back out there, got back loose, I felt maybe a little better. But I’ll listen to the trainers and go from there.” 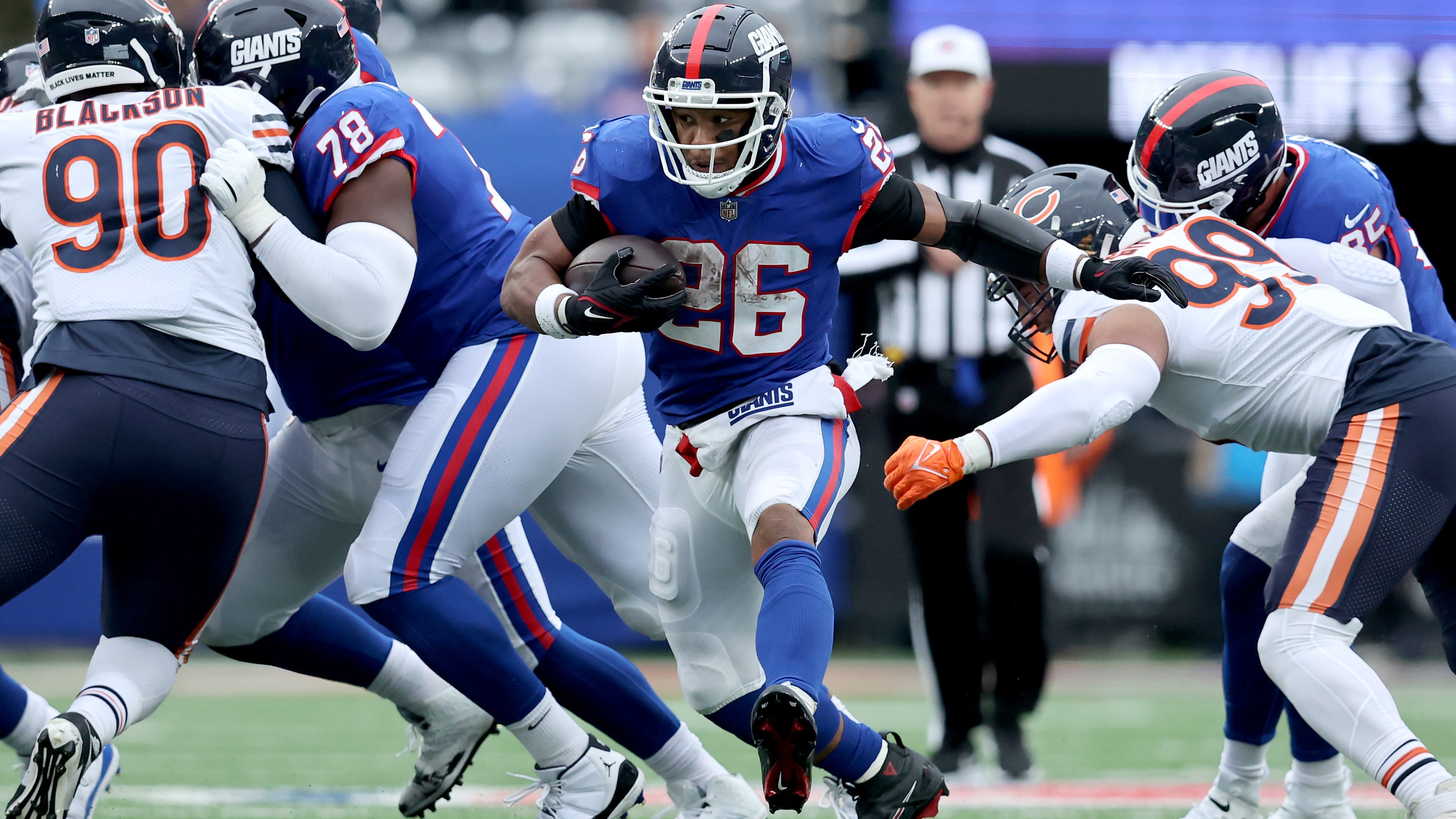 Jones was obviously frustrated when he was taken out of the game, but knew when he went back in that he probably wasn’t going to be running the ball again, as he had so successfully in the first half. He called the play where Taylor was injured a “scary play,” especially prescient after a national audience watched Tua Tagovailoa’s own head injury play out in gruesome fashion.

“Obviously, it was a big collision there on our sideline. I didn't get to see him before he went in, but I saw him after the game,” Jones said. “You don't want to see that for a teammate or anybody playing.”

Barkley said that when he saw the play happen, he kind of knew he was next man up on the QB depth chart, and somehow, the Giants made their emergency Wildcat work.

“I think we were prepared. I think we had some stuff in the game plan for certain situations and stuff we could go to. I think also, guys were locked into the adjustments we had to make,” Jones said. “There was clear communication from the coaching staff to us and guys understood what they had to do. We just had to go out and execute it. I think we have a smart group of guys, and a smart group of coaches that are able to see that and adjust quickly and get us the assignments and we go from there. I thought we responded to that well.” 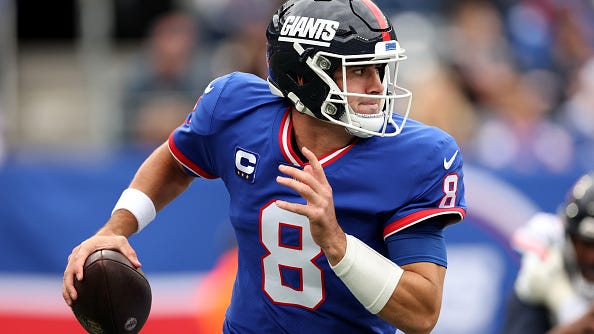 Even if it they did it mostly without Jones, and it almost didn’t include Jones.

“I went up to him. He talked to the trainers. He worked over there on the side. I saw him moving a little bit. He wanted to go. I said, 'You're not going into the game. I see you're limping. I'm not risking you getting injured to try to protect yourself with that limp. But if we need you, can you go back in the game?'” Daboll revealed, explaining a conversation they had, somewhat presciently, before Jones was officially pulled. “He said, 'Yeah. I can go in the game now.' I said, 'Tyrod's going in the game, and if we need you, hopefully it'll be just to hand the ball off.' So, when Tyrod went down, I looked over to (quarterbacks coach) Shea (Tierney) and said, 'Is he good to go?' He said, 'Yup.' And we didn't pass it, right? We just handed it off.”

Indeed, there wasn’t a single pass thrown after Taylor left the game, but the combination of the Wildcat and great defense got the Giants the dub.

Jones said he will listen to doctors but “do everything I can” to play next week against the Packers in London, which will be huge especially considering there’s no update on exactly where Taylor stands, either. One thing is for sure, though: while it was successful for the short time they ran it, Barkley, at least, wants no part of the emergency Wildcat again.

“We didn't go that far. I mean, I would love that but – actually, I wouldn't love that,” Barkley said of the possibility of getting the green dot helmet to hear the play calls. “Hopefully we are never in that situation again, but we were able to get it done today.”