The New York Giants have made their bones this season on the back of Saquon Barkley and their rushing attack, an offensive strategy many expected to continue against Dallas despite a patchwork offensive line.

Instead, the first nine offensive play calls of the game were all passes (including one sack of Daniel Jones and one called back by penalty), and Barkley’s first run didn’t come until the start of the third drive. The Giants ended up with 21 rushes for 90 yards (versus 38 official pass plays), and the longest run of the game came courtesy of Gary Brightwell.

So what exactly happened?

“We tried to move it a little bit and be productive for him on first downs. Change the loss point. Their defensive line is hard to block, so some of those were almost like runs, if you will. Just perimeter runs, you know, the first play to (Lawrence) Cager and sliders and things like that,” head coach Brian Daboll said. “As we were going in the first half, even in the third quarter, they weren't getting a whole lot from it. Mike (Kafka) was just sticking it in there and trying to mix it in. We were like three of 11 on third down, and the longer ones – I'd say six-plus against this team is a very challenging down. Obviously, we didn't do enough.”

When they did mix it in, well, it wasn’t exactly productive, as 25 of those 90 yards came on two runs.

“We didn't get a whole lot going. I don't know, we averaged three-and-a-half yards or something like that?” Daboll said. “I thought Mike (Kafka) had a good plan coming out the way he did, getting Daniel on the move a little bit and trying to loosen him up, but never really got anything going, not getting any explosives. Gary (Brightwell) had a couple toward the end but we've certainly got to clean that up.” 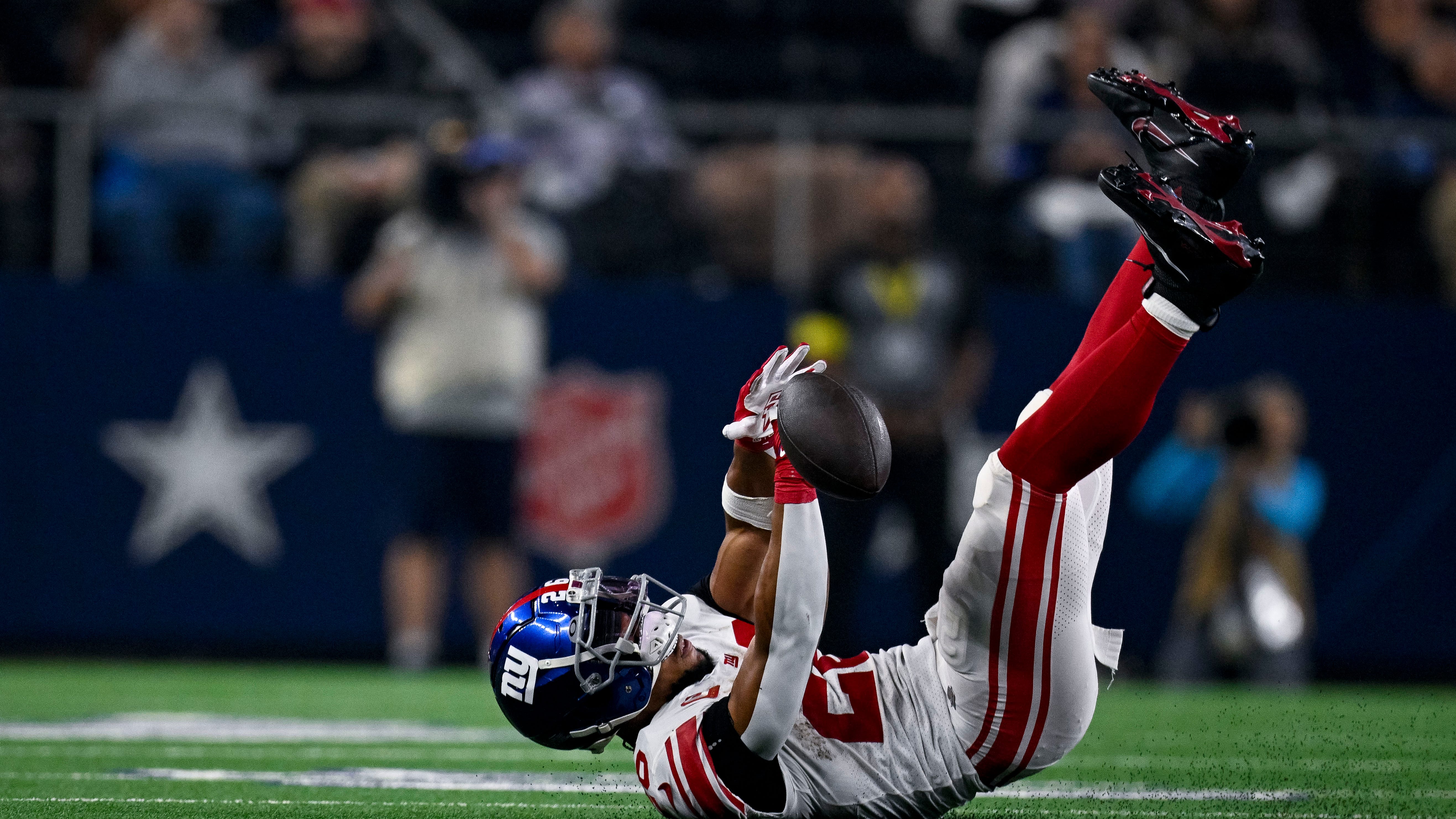 Daniel Jones did have some RPO plays, but as Daboll said, “He ran zone reads and boots, but he had pass options, so he ended up throwing.” To coach’s earlier points, though, Barkley only averaged about 3.5 yards per carry, and it was actually Brightwell and Jones who were more effective.

"We just have to do a better job with technique because we run the ball so well sometimes,” left tackle Andrew Thomas said. “We get a lot more run-starts and pressures and twists, so we need to do a better job communicating and picking it up."

"I think in a couple situations how they were playing those zone read situations…I'll go back and look at the film and see if there was an opportunity to get up field,” Jones added. "I think we've got to watch the tape and see exactly what they did defensively and what their plan was going in. I think we'll have a better idea. You've got to give credit to them. They’re a good front, good defense. They did a good job."

Within those answers, though, seems to lie the bigger issue: Barkley, who had

"I have to do a better job. I have to go back, watch film and see what I can do better, and I can give you a better answer,” Barkley said. “But off the first thought process, if the running game is not working, it starts with the running back. I have to get better there too." 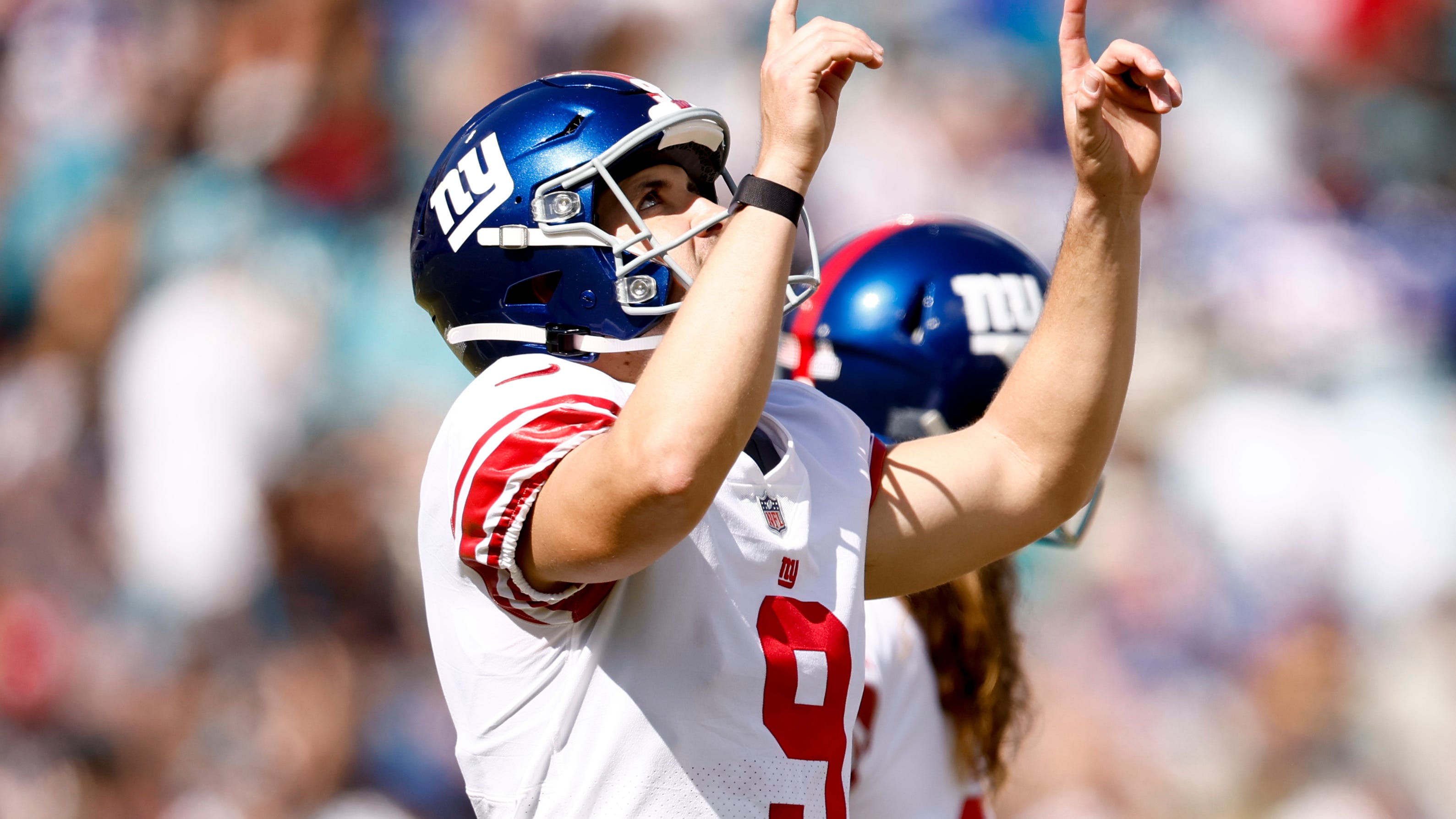 This is the most Barkley has been used since his rookie year, so it’s natural to wonder if he’s just plain tired and physically beaten up, although his coach wouldn’t blame that.

“Saquon's out there running hard, trying to do everything he can do. We've got to do a better job collectively,” said Daboll.

Instead, he thinks it’s basically exactly what Barkley, Thomas, and Jones all said.

“I'd say, with the run game, everybody needs to do better. It's not always going to be clean,” Daboll opined. “There's going to be some ones, some twos. We've been missing some bigger plays that usually help in the run game. We just haven't popped through there. The blocking, running, the design. We've got to do a better job all the way around I'd say with the run game. Coaching it, executing it. We've got a lot to improve, obviously. That's certainly one of them.”

Jones, at least thinks this week’s game was just an aberration.

“I think it was just kind of how it worked out and how the game played itself out,” the QB said. “I thought the offensive line played well against a good front, and we saw some opportunities in the pass game, some opportunities to move the pocket and find guys. That's what we did. We've got to find a couple more plays in there."

All in all, given the injuries and the short week, the Giants felt they did the best they could to game plan for Dallas – remembering that, in the first half at least, it seemed to be working.

“We put the best game plan we could together. There was definitely a possibility, like I said, we were going to go all the way up until the end, but there was a possibility that there were going to be guys that were missing,” Daboll said. “So I'd say those guys did a good job throughout the week. And on short weeks you don't do a ton of stuff. You just don't have much time to practice it, so I just think that's the nature of it on a short week. But, again, it's the ebbs and flows of a season.”