As the Islanders celebrate their 50th season in the National Hockey League, the franchise has been honoring some of the great players in team history with “Legends Nights.” In fact, since the ownership group of Scott Malkin, Jon Ledecky, and Dewey Shay took over the franchise, there has been a strong commitment to the Islanders’ alumni. Already this season, the likes of Denis Potvin, Bobby Nystrom, Bryan Trottier and Eddie Westfall have all made appearances at UBS Arena.

Those legends, along with the likes of Bill Torrey, Al Arbour, Mike Bossy, Clark Gillies, Billy Smith, Butch Goring, and John Tonelli, are all part of the New York Islanders Hall of Fame. All of the individuals who have banners of their own hanging in the rafters, along with some of the other greats in team history, have their names on the Islanders Hall of Fame banner.

Now the question is: who is next for induction into the Islanders Hall of Fame?

There’s one spot left on the current banner but there are many names to consider that would require the addition of a second banner:

JIM DEVELLANO
Hired as a scout by Islanders General Manager Bill Torrey in 1972, Devellano played a role in the Islanders drafting some of the greats like Potvin, Bossy, Trottier, and Gillies. In 1974, he was promoted to Director of Scouting, and then was named Assistant General Manager in 1981.

“(Devellano) was responsible for overseeing the drafts that produced Bryan Trottier, Brent Sutter, Mike Bossy, and many others,” added Pat Calabria, who covered the Islanders for Newsday during the dynasty years and would later become the team’s Vice President of Communications. “Jimmy was as smart a hockey man as there ever was.”

JIGGS MCDONALD
﻿An NHL play-by-play announcer for 50 seasons, Jiggs became the Islanders’ television announcer before the 1980-81 campaign and was the voice of the Islanders for 15 seasons. He became a member of the Hockey Hall of Fame in 1990 when he received the Foster Hewitt Memorial Award, given to those members of the radio and television industry who make outstanding contributions to their profession and the game of hockey.

“He’s already in the Hockey Hall of Fame, so he needs to join the Islanders Hall of Fame as well,” said current and long-time Islanders radio voice Chris King. “Just hearing his voice instantly brings back every great Islanders memory from the dynasty years and beyond.”

PAT LAFONTAINE
A member of the Hockey Hall of Fame and one of the greatest United States born players in NHL history, Pat LaFontaine played eight of his 15 NHL seasons for the Islanders. He was drafted third overall in 1983 and was part of the 1984 U.S. Olympic team before joining the Islanders, who would go on to play in the Stanley Cup Finals for a fifth straight season. 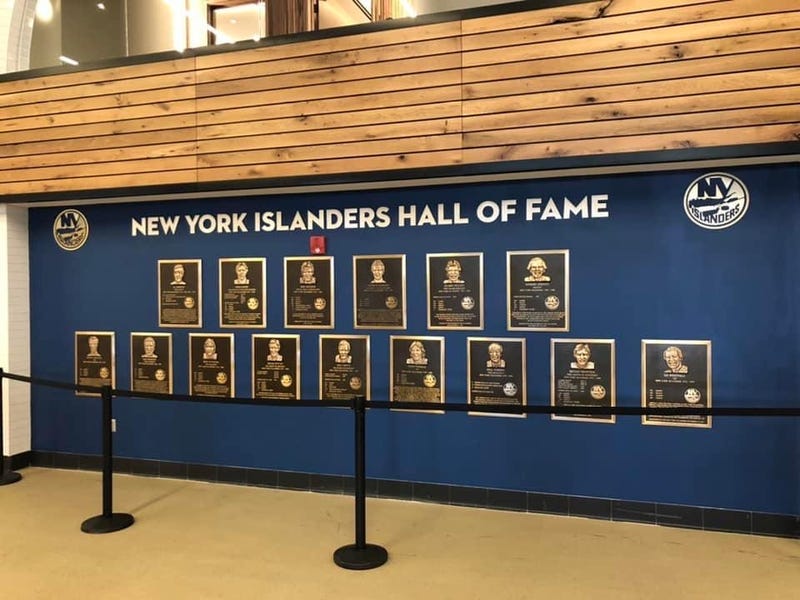 THE 1975 ISLANDERS TEAM
You can’t think about the Islanders’ Stanley Cup Dynasty from 1980 to 1983 without considering how the growth of the franchise was kick-started by the first playoff appearance in 1975.

That squad upset the Rangers in the opening round on J.P. Parise’s goal eleven seconds into overtime of the decisive third game at Madison Square Garden, then rallied from being down three games to none to beat the Penguins in seven games. They almost did it again against the Flyers in the semifinals, coming back from down 3-0 to force a Game 7 before succumbing.

“I would say frankly that you can take the 1975 team and give them their own standing in the Islanders’ Hall of Fame, because that’s the team that put the Islanders on the map and they never ever received their proper due,” said Rose.

J.P. PARISE
Bill Torrey will always be remembered for the trade deadline deal that brought Butch Goring to the Islanders as the "final piece of the puzzle" in 1980, but midway through the 1974-75 season, he swung what turned out to be an important deal with the Minnesota North Stars that brought J.P.
Parise to Long Island.

Why was he so important?

“Not just because of the goal that he scored against the Rangers, but he was kind of Butch Goring before there was Butch Goring,” said Rose.
“Even though he was undersized, he had spunk and he had personality.”

STEFAN PERSSON
There were 16 players that were on all four Stanley Cup championship teams, and an important but also somewhat-unheralded contributor was lefty defenseman Stefan Persson. The Swedish blueliner played nine seasons for the Islanders, and perhaps his most iconic moment in blue and orange was his game-tying goal late in the third period against the Flyers in Game 1 of the 1980 Stanley Cup Finals, a contest the Islanders won on their way to the first of four straight Cups.

“Stefan Persson was a key member of those Cup winning teams who was one of the best passers in the game,” said McDonald.

UNSUNG HEROES
During the course of Islanders history, there have been many great players; a Hall of Fame General Manager; a Hall of Fame Head Coach; and numerous team employees that have bled orange and blue.

And, there are two individuals that you may or may not have ever heard of, but in the words of Billy Joel, deserve to be recognized “Somewhere Along The Line” – Estelle Ellery, one of the Islanders' first employees who helped Bill Torrey organize the front office, and Joanne Holewa, who has spent more than 40 years with the Islanders and is currently the Manager of Hockey Administration. 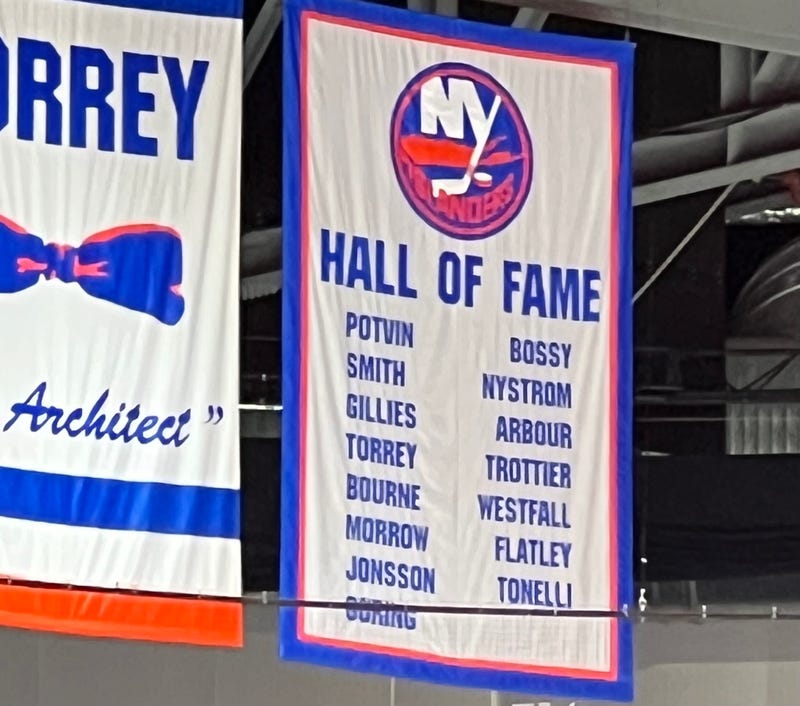 I’ll close with my two cents on the Islanders Hall of Fame:

I truly believe that Pat LaFontaine should be the next Islander to have his number retired, but I would make him the first name on the second Islanders Hall of Fame banner. The person who I would fill the last spot on the first banner with needs to be recognized, because without him, there would not be a New York Islanders franchise: Roy Boe, the original owner of the Islanders who brought NHL hockey to Long Island in 1972.

Boe, who passed away of heart failure in 2009, was also the owner of the New York Nets, so at one point, he owned both major sports tenants at the Nassau Coliseum. He would later be the first owner of the Islanders’ AHL farm team, the Bridgeport Sound Tigers (now Bridgeport Islanders), as well.

The Islanders have a storied history, and many of the names who shaped that history are already in the team’s Hall of Fame. There are more that are deserving of that recognition, and having their names added to a very special fraternity – and at some point, when fans enter UBS Arena from the Great Hall, there should be more names to see on the Islanders Hall of Fame wall in the concourse and on the banner that hangs from the rafters.