Of course, Boomer & Gio were all over the result of Giants-Cowboys as they took to the airwaves on Black Friday – but this was also their first chance to weigh in on the Jets’ official benching of Zach Wilson, which happened Wednesday afternoon when they were well off the air.

And, well, we’ll just start by telling you that Gio, as you could’ve expected based on things he said earlier this week, is all about the Mike White era.

“By doing this, Rob Saleh and the Jets are saying that they believe Zach Wilson is not the guy who can get them in the playoffs in 2022, and Mike White has a better shot at that,” Gio said. “I was at the Bills game where he threw four picks and looked horrible…but I had a lot of fun watching Mike White play last year, and he looked great. I really think there is something there that’s better than Zach Wilson is.”

The boys discussed whether or not the Jets would be 8-2 if, say, Jared Goff was their QB against the Patriots, and Gio believes that if White had been at the helm, they would be.

That’s when Boomer needed Gregg to slow his roll a little bit.

“I don’t know about that; we have to calm down thinking Mike White is the next coming of Darryl LaMonica,” Boomer said. “He’s buried on the depth chart, and a backup quarterback, for a reason, and I think he’s the alternative because Zach Wilson was just completely in over his head.”

That all said, though, Gio was still surprised the switch happened this week, thinking that the Jets would just hold Wilson accountable, make him make amends, and then give him another shot against Chicago.

Boomer was sort of in that same realm.

“You never know how coaches are going to handle this decisions, and when we were here earlier this week, I felt that Saleh was setting Zach Wilson up to be pulled from the game if he didn’t play well against Chicago,” Boomer said. “I never thought they were going to bench him, but there are a lot of things that go on in a building that we’re not privy to.”

Booms went into a few of those, but as he boiled it down, he came to the realization that maybe, it’s actually better for everyone to just do it now rather than on Sunday.

“It’s a home game against the Bears, and this was going to be an ugly situation if he went out there and played poorly, and I think Robert Saleh saw that, and headed it off at the pass.” 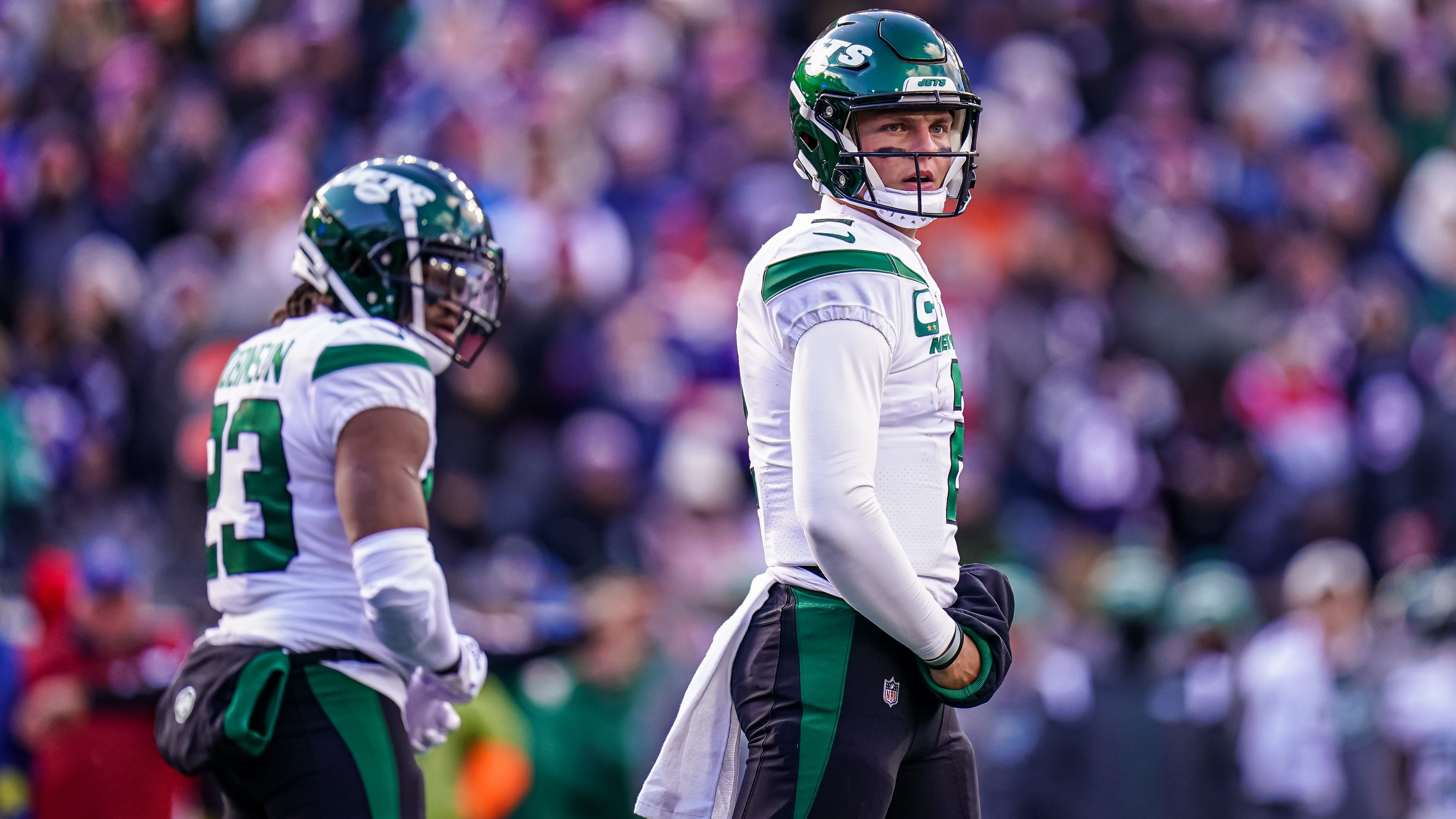 The former Jets QB thought that “reset” was indeed the right word for Saleh to use to describe what Wilson’s benching would do, knowing that sometimes, a step backward is a worthwhile move.

“It’s a reset for him to learn again how to become an NFL quarterback,” Boomer said. “If you look back at some of the throws he made (Sunday), and the reactions of the receivers after them, then all you need to know is he is either not seeing the field or throwing the ball right. His fundamentals and brain are all screwed up, he’s feeling the heat, and Rob Saleh cut it off at the pass right now.”