Sunday was the same old Jets…if “old” was two weeks ago, when they made a furious fourth-quarter comeback in the final minutes to stun the Browns in Cleveland.

Well, it looked for three quarters or so that it was going to be the Jets of last year, as Boomer Esiason sat in the CBS studios and saw a returning Zach Wilson hit the spectrum of good, bad, and ugly.

“At halftime, Zach Wilson was all over the place, and we were seeing a little bit of everything. You could see why coaches are enamored with him: he’s got this great arm, he’s very accurate…and then there are those things that happen to him on the field that were very Brett Favre-esque,” Boomer said of Wilson’s return game, before praising Wilson’s fourth quarter comeback:

“I’ll say this: on that fourth-and-7 in the fourth, on that first touchdown drive, that was money, because it was third-and-13 and he ran for six, and then found Corey Davis, who all of a sudden is becoming the man,” Boomer said. “I don’t care about the first three quarters, all I care about is how you finish the game, and those two drives were about as impressive as it gets on the road against the Steelers.” 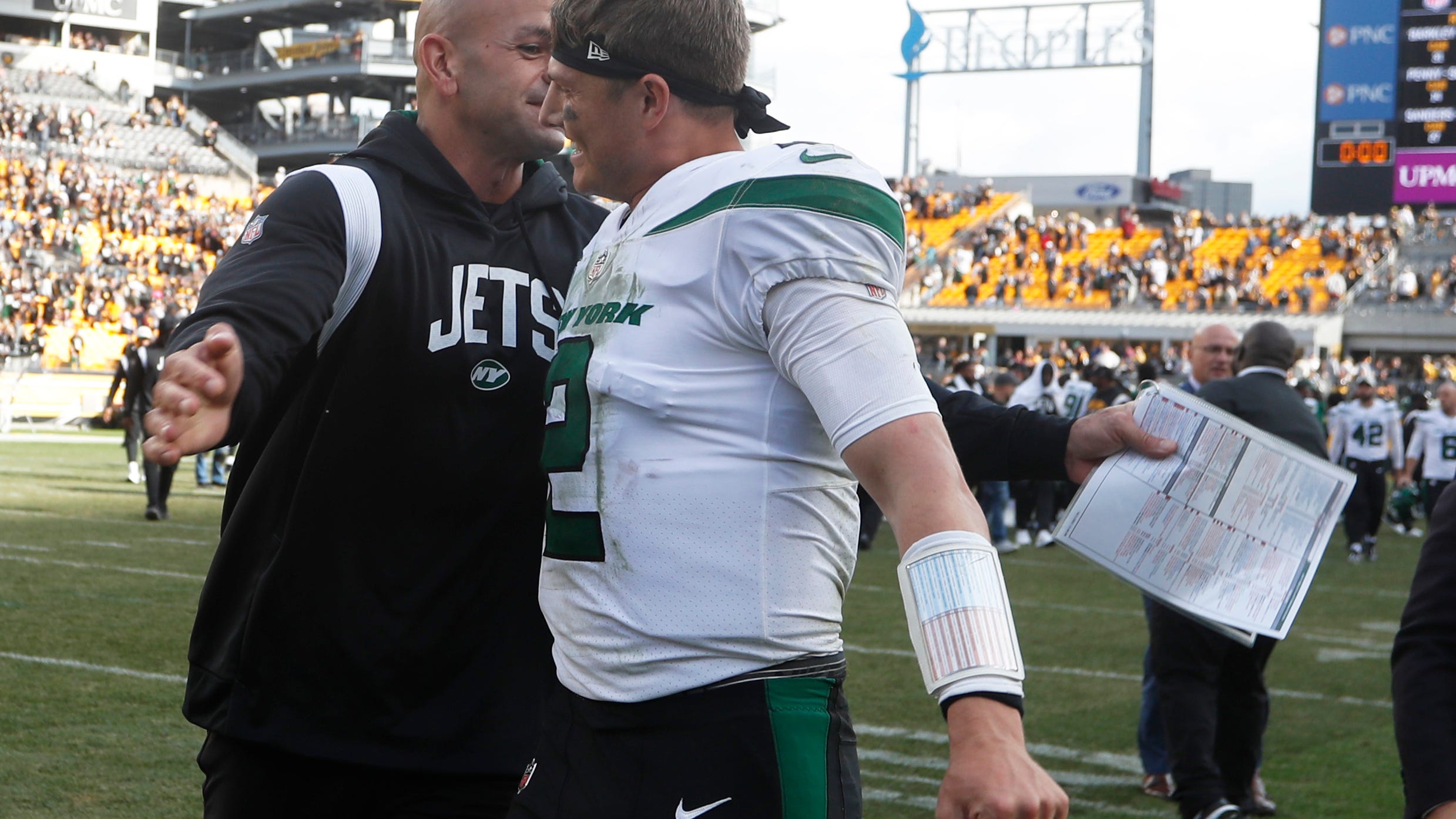 Gio had lower hopes, too, but ended up very encouraged as well.

“I was just hoping he wouldn’t look overwhelmed and he kind of did early on, but he settled in and ended up winning a game on the road from behind, in his first game back,” Gio said.

“His last two series led to touchdowns, he made plays, and Breece Hall said he got in the huddle on the last drive and said, ‘let’s score an effing touchdown’ – you absolutely love that!” Boomer replied. “It’s amazing when a team wins and your quarterback plays that way, you have a different perspective of who they are.”

Boomer’s perspective is, as you can surmise, looking up.

“The offensive line we worried about played their asses off, and Zach Wilson bought the energy and made the plays when they needed to be made, especially late in the game,” Boomer said. “It’s one game, but let’s go, let’s take it to the next level, because you can’t win by the seat of your pants all the time.”

And then, Boomer expressed further hope for the future.

“The best throws were the throws he made out of the pocket: they were on time, he knew where he was doing, and they were accurate, nose down,” he said. “As a Jet fan, has a quarterback looked like that at any point in time?”