If that’s the case, Zach Wilson’s future may be even more in trouble than anyone knows, because White was incredible on Sunday, going 22-of-28 passes for 315 yards and three touchdowns without a turnover.

The trick, it seems, is keeping that going, as White had similar success in his first start last year, torching the Bengals before getting hurt against Indy, throwing four picks against Buffalo, and never seeing the field again.

The Jets will take the first part at least, as White seemed to be having fun even after the game.

“It’s awesome, just going out there and playing football with your friends and guys you’ve been with for a couple of years now,” White said. “And when it wasn’t my time to play, obviously I’m super supportive of them and I’m having fun with them to, but just to be out there and be a part of it and help the team win is always fun.” In making the easy look easy, White got two players heavily involved that had recently made their disgruntled feelings known: Garrett Wilson, who called out the offense after last week’s clunker, had five catches for 95 yards and two touchdowns, and Elijah Moore, who has questioned his role for over a month now, had two grabs for 64 yards and his first TD of 2022.

Eight other receivers caught 15 passes for the rest of White’s 315 yards, including both of the tight ends and three running backs, so it was a true team effort.

“The way I approach the quarterback position is being a calming presence in the huddle, especially when things aren’t going well, because that’s when things can start to spiral and snowball,” White said, “but it’s just distributing the ball and letting them be who they are because they’re all in that locker room for a reason.”

And, as Saleh has said that White doesn’t need to be anyone but himself, the signal-caller believes that spreading the ball around as he did benefits everyone to be their best in the long run.

“This is the NFL, everybody that wears pads on Sundays are very good and you’ve just got to get them the ball and get their confidence going,” White said. “Once someone’s confidence is up I believe, at least, you’ll see their game go to the next level.” 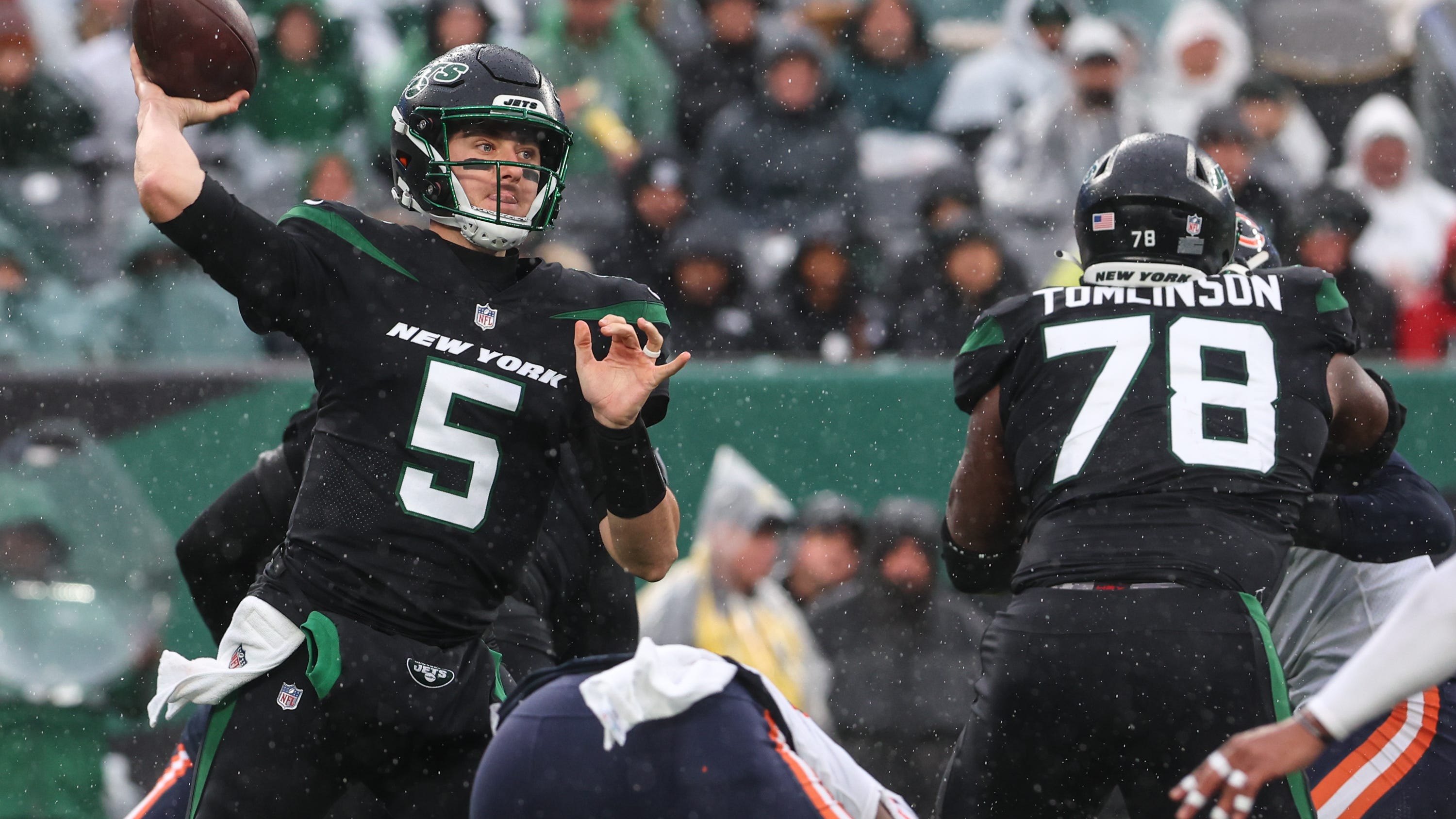 For sure. That’s kind of our system and we have a lot of good players who are worthy of th ball. Good to see Elijah and everyone get some production, and I thuhgt he did a good job distribuitn ghr ball. Mike did a good job with the gae pan.

With the 9-2 Vikings on tap next, there’s a strong possibility that Cinderella turns into a pumpkin again just like last year against Buffalo, but there won’t be any hero-ball next week, and White is up for the challenge.

“I feel good,” he said. “Obviously, it was a good game for the offense, but I’ll enjoy this one with my friends and family and then tomorrow turns into Minnesota prep and turn the page and keep going to where we’re trying to go.”