Entering play Friday, the Mets had spent 174 of 176 days in the MLB season to date in or tied for first place, and on the two they weren’t, they were only a half-game down – a mere formality given the run of the schedule.

They had Jacob deGrom, Max Scherzer, and Chris Bassitt heading to the mound in a virtual playoff series with Atlanta, where one win would give them a tied NL East and the tiebreaker, two would give them a two-game lead with three to play, and a sweep would wrap up the division.

Instead, they got the “worst-case” scenario: they got swept, and are now looking at the Braves with a magic number of one to clinch the NL East – and that’s just unacceptable to Boomer & Gio.

“It feels like another Mets collapse; this was worst-case, absolutely pathetic, so disappointing, and now, after leading the division almost every single day this year, when it counts, they’re not, and that just flat-out sucks!” Gio exhorted to open Monday’s show. “I’m not saying they can’t turn it on and go on a run in the postseason, but this series was all hands on deck, push all the chips to the middle, whatever stupid analogy you want to use, they failed miserably!”

The worst part is that the Mets’ much-ballyhooed Big 3 not only didn’t get it done – they failed spectacularly.

“When you needed your best players to be at their best…unfortunately, the top end pitching wasn’t,” Boomer said. “I was disappointed in Bassitt, who has been great all year, and in Scherzer – we’re paying you $43 million and it looks a lot like the end of last year with the Dodgers, tired arm kind of thing.”

“This is supposed to be how the Mets were going to win a World Series,” Gio said, “and they just got completely roasted down there.”

Of course, the Mets are at least headed to the postseason after this collapse, unlike last year…but yeah, it’s not looking good. 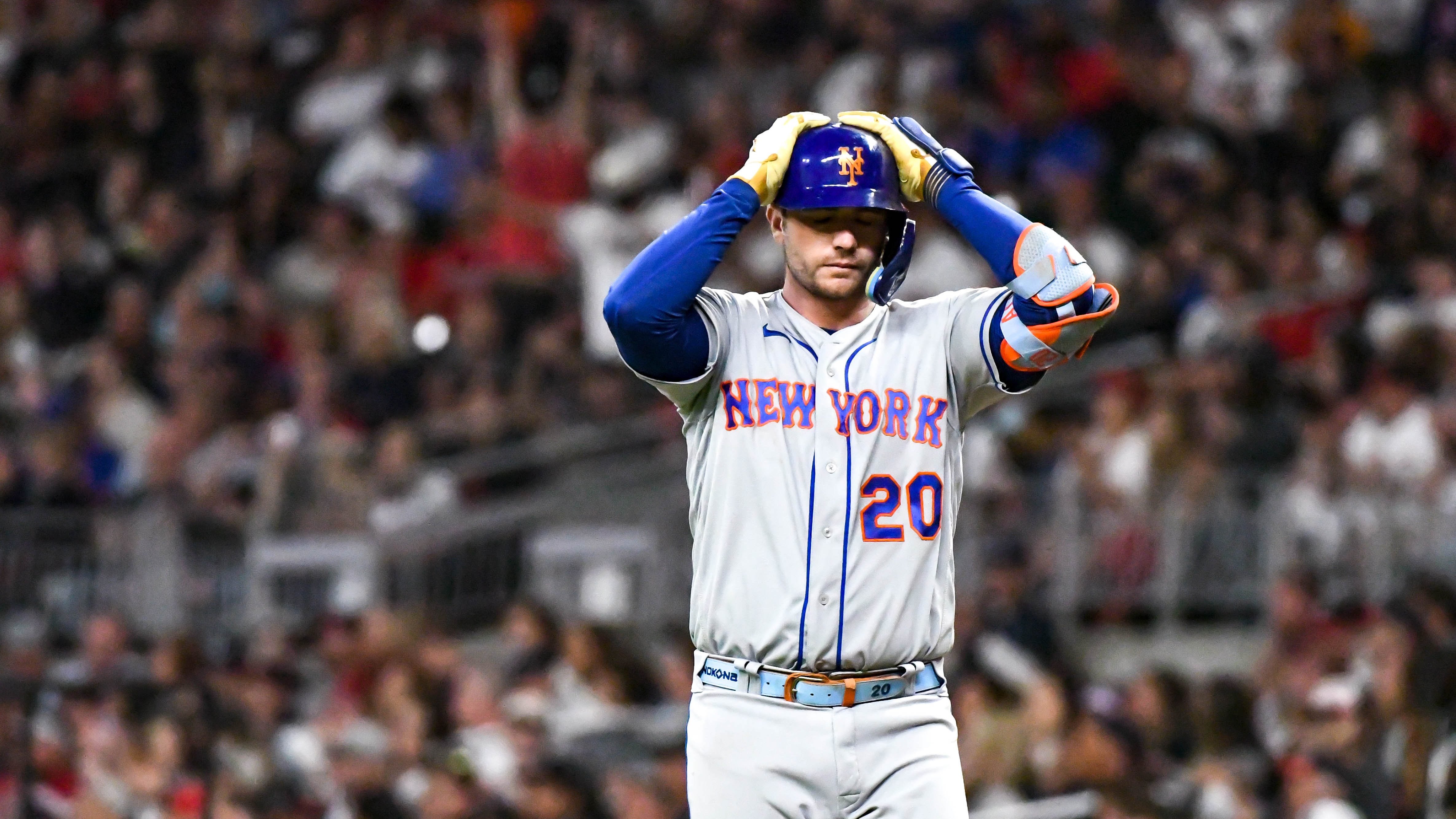 After being in first place for all but two days, Mets' season comes crashing down in Atlanta

“They’ll have a chance to get it right again, but they’ll have to do it the hard way – and they’re 2-4 against San Diego this year, so if they have to play them, that’s a whole situation,” Boomer said.

Boomer then did praise the Braves for playing “about as flawless baseball as you can ask for” over the last three months, but to Gio, the Mets going 14-13 since winning two of three against the Dodgers in late August – most of those 27 against lesser teams – is the biggest problem.

“I get the idea that it’s not a Mets problem, but I’m sorry, it is a Mets problem,” Gio replied. “Yes, the Braves are playing out of their minds, but you got swept with your Top 3 on the mound when all you needed was one game to win the tiebreaker and enter the final series with a chance, and before that, let’s go back to losing two of three to the Nationals or getting swept by the Cubs at home – those are huge opportunities that you screwed up!”

There’s still a chance that the Mets could go on a run, as Booms noted, but here’s the biggest rub for Gio: say what you want about 2000 and 2015, but there’s a whole generation of Mets fans who have never seen a parade, and thought for 175 days that this might be the year.

Now, it’s nothing but doubt.

“I’m 40, I was four when the Mets won in 1986, so I don’t remember any of that and have not seen them win a championship – so a great regular season then getting knocked out early is a waste,” Gio said. “None of it means anything and I won’t remember a thing about this season, I won’t care. I believed halfway through the season the Mets could win the World Series, so if they get smacked around by the Padres, they can put up a little Wild Card banner, but it means nothing, because you should’ve been better than that. With the highest payroll in baseball, too, by the way.”