While not all were quality starts, Jacob deGrom entered Saturday’s game in Oakland with 40 straight starts allowing three earned runs or less…and he left the first inning seeing a team 40 games under .500 end that streak, Oakland carrying a 4-3 lead after one.

It got worse from there, as deGrom allowed five earned over four innings, and the Mets lost 10-4.

“I was just terrible. We had our guys go out and put up three runs and I go give up four right away, lose the lead…that’s on me. I was really bad,” deGrom said. “A lot of uncompetitive pitches and then misses in the middle, and that’s what happens. Just all-around unacceptable and a terrible job by me.”

The biggest problem, he said, was his slider.

“Slider, kept yanking it and was leaving it – it was either yanked or in the middle. I wasn’t able to locate down, they didn’t have to look for anything down, so you eliminate the lower half of the zone, look for something up and they beat me,” he said. “I kept thinking I was going to make the adjustment, you know, that’s the goal, slow things down and let’s make the adjustment, but I just wasn’t able to."

That string of 40 straight starts with three earnies or less carried all the way back to 2019 thanks to injuries and pandemics, and his skipper was impressed with just how long deGrom had been dominant.

“He’s spoiled us with a high level of pitching like most of our guys. I don’t think anybody ever took anything for granted,” Buck Showalter said after the game. “What he does over a long period of his career is very hard to do, and I think today is a reminder of that.”

And as for the “unacceptable job” by deGrom? Well, Buck had one thing to clean up: deGrom’s four walks were the most he’s allowed in a game since April 2019, well before his earned runs streak began, and he hadn’t allowed five runs in a game since May 2019. 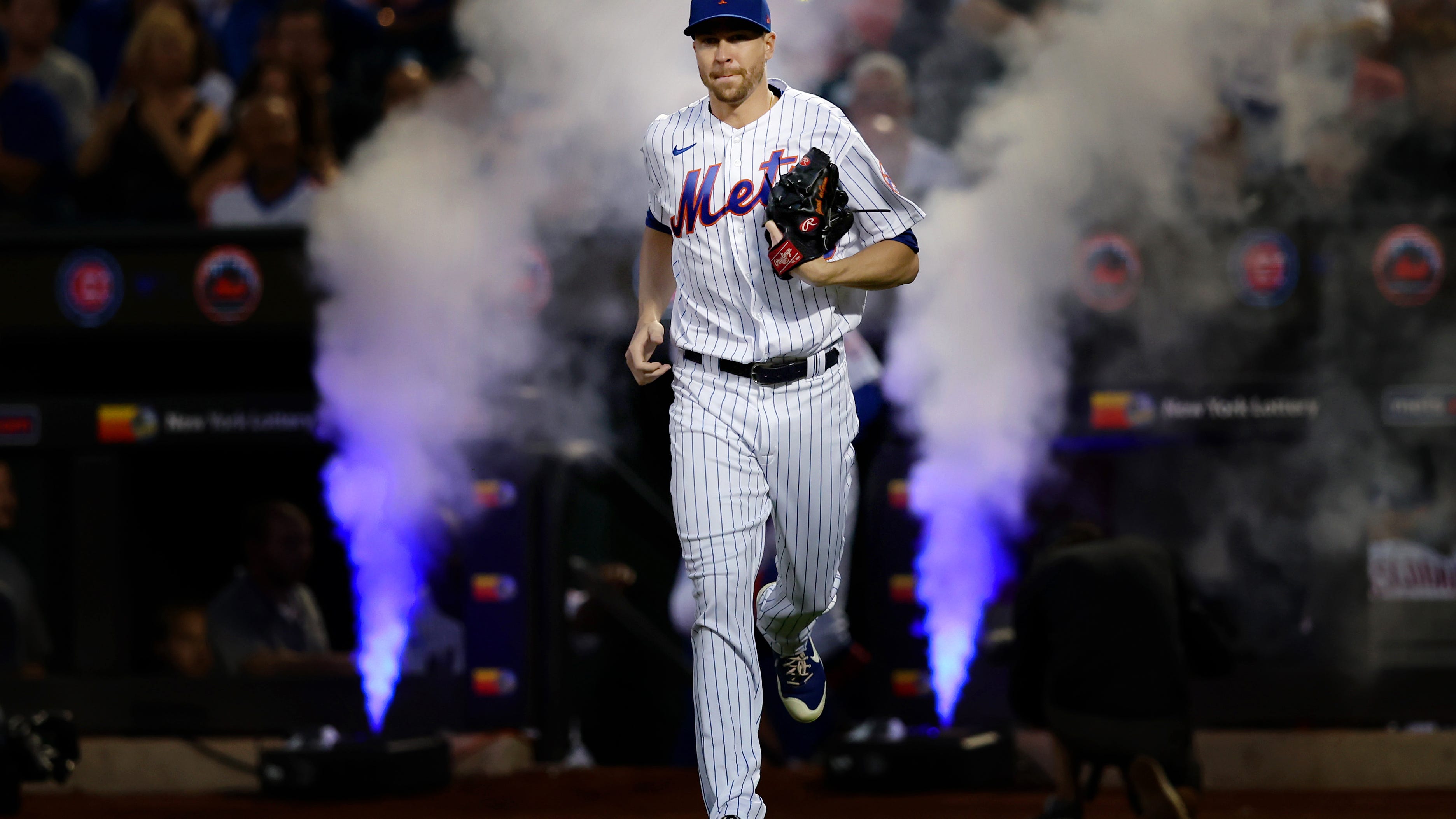 “Walks were uncharacteristic of him, but it gives him something to work on for the next outing,” the skipper said.

Yes, indeed, something deGrom plans to just “flush” and move on from.

“It’s frustrating. I’ve don’t it before and I think almost everybody who’s pitched has done it before,” deGrom said of allowing so many runs. “You try to avoid those, but like I said, I wasn’t able to make the adjustment and figure out how to get those guys out. Just have to flush it and move on.”

And no, he doesn't blame home plate umpire Angel Hernandez, who he was barking at after the first inning but then had a long conversation with before the second.

“I told him I thought those were strikes, and then I looked, so I told him going back out in the second that he was right,” deGrom said. “That’s on me. I would’ve liked to have had them, but I looked and they were balls.”