Jeff McNeil is the 2022 National League batting champion…and soon to be the proud owner of a brand-new car, thanks to a promise Francisco Lindor made to him long ago earlier this year.

“Something came up that day and I don’t remember what it was – but he was upset about hitting, and it’s rare when he’s upset, and I said if he wins a batting title, I’ll buy him a car,” Lindor said Wednesday night.  It was a long time ago, everyone made sure I haven’t forgotten – and I will get him a car. I never specified what kind, though, and I don’t even know. I guess we’ll find out.”

New wheels aside – and make no mistake, McNeil is excited for those – the batting crown itself was a ‘dream come true’ for McNeil, who now owns a .307 career average as well.

“It's definitely a dream come true," McNeil said. "This is one of my goals in baseball, is to win a batting title, and it was a bunch of hard work and trying to get back to the player I know I could be after the last year. Last year wasn't a great year for me, so kind of wanted to get back to who I am and was lucky enough to be rewarded for that."

"That’s a heck of an accomplishment – he earned it all the way, through thick and thin,” manager Buck Showalter added. “You don't do something like that over that number of games without earning it, that's for sure. He took on everybody's pitcher and he won the batting title. Very proud of him, so is everybody on the team.” 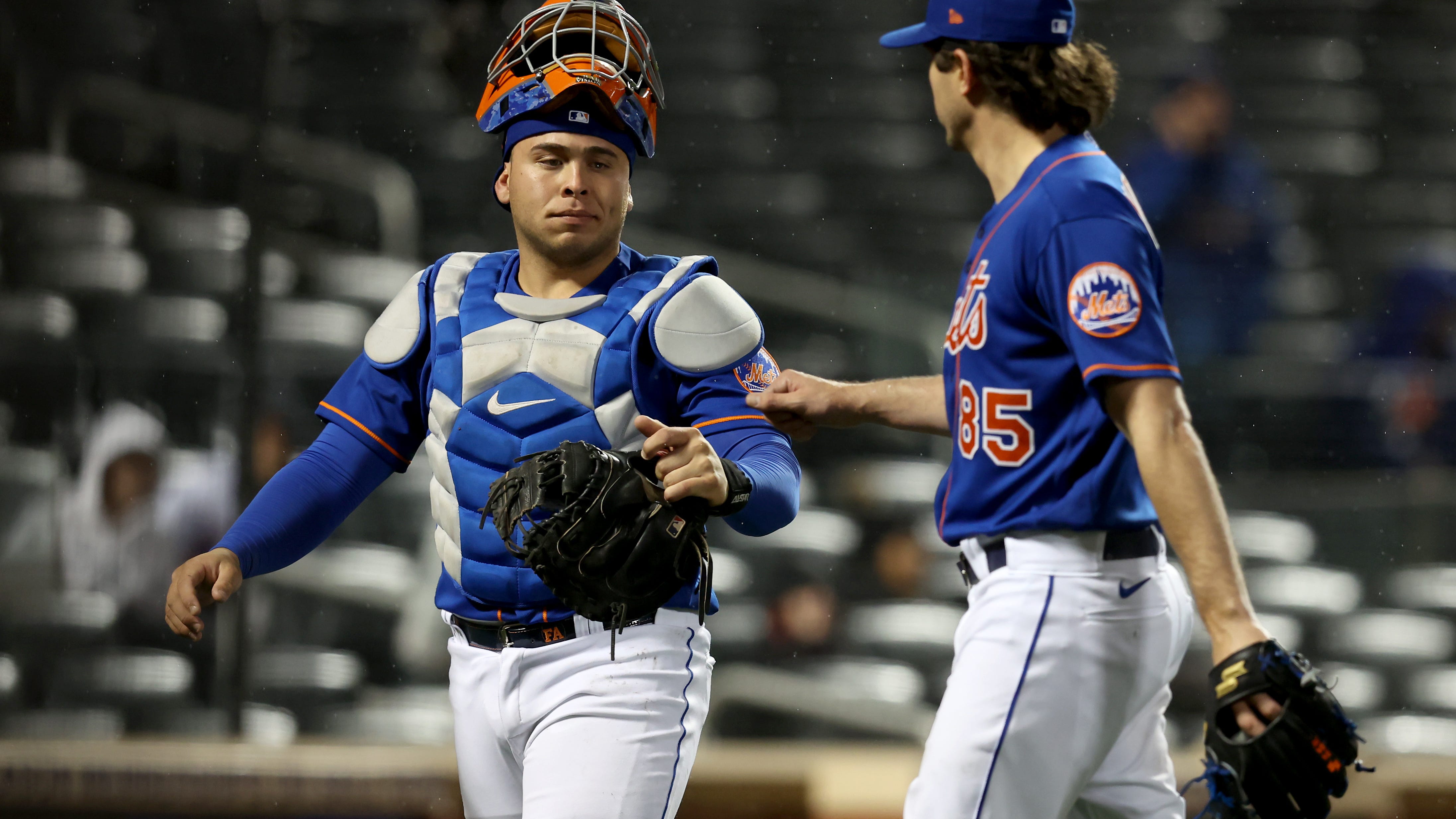 McNeil sat out most of Wednesday’s game, only entering the game in the eighth inning to replace Lindor, who got an ovation of his own as he came out. That was the second time McNeil had gotten some love – Showalter forced him out of the dugout for a curtain call in the fourth inning, when the Dodgers’ game ended and the Mets knew McNeil all but had the batting title wrapped up.

“To be able to give him a moment that he deserves – he didn't ask for it, and he would've played tonight and all those things,” Showalter said. “It was a great moment. I knew our fans would be on top of it and recognize it. They’ve been so supportive of us through thick and thin.”

And, because the Mets’ game was delayed for two hours, they knew by game time, when Freeman was 2-for-3 out west, that it was a formality if McNeil indeed sat out…or even got one or two at-bats somehow.

“We knew what Freddie had to do, and we were paying attention to what was going on, a good number of us were watching,” McNeil said. “I knew I could get one or possibly two at-bats and still be okay, so it worked out. I was lucky enough to put myself in a position to sit and wait. I was planning on coming into the game in the second half to give Lindor some time off, but definitely happy the way it worked out.” 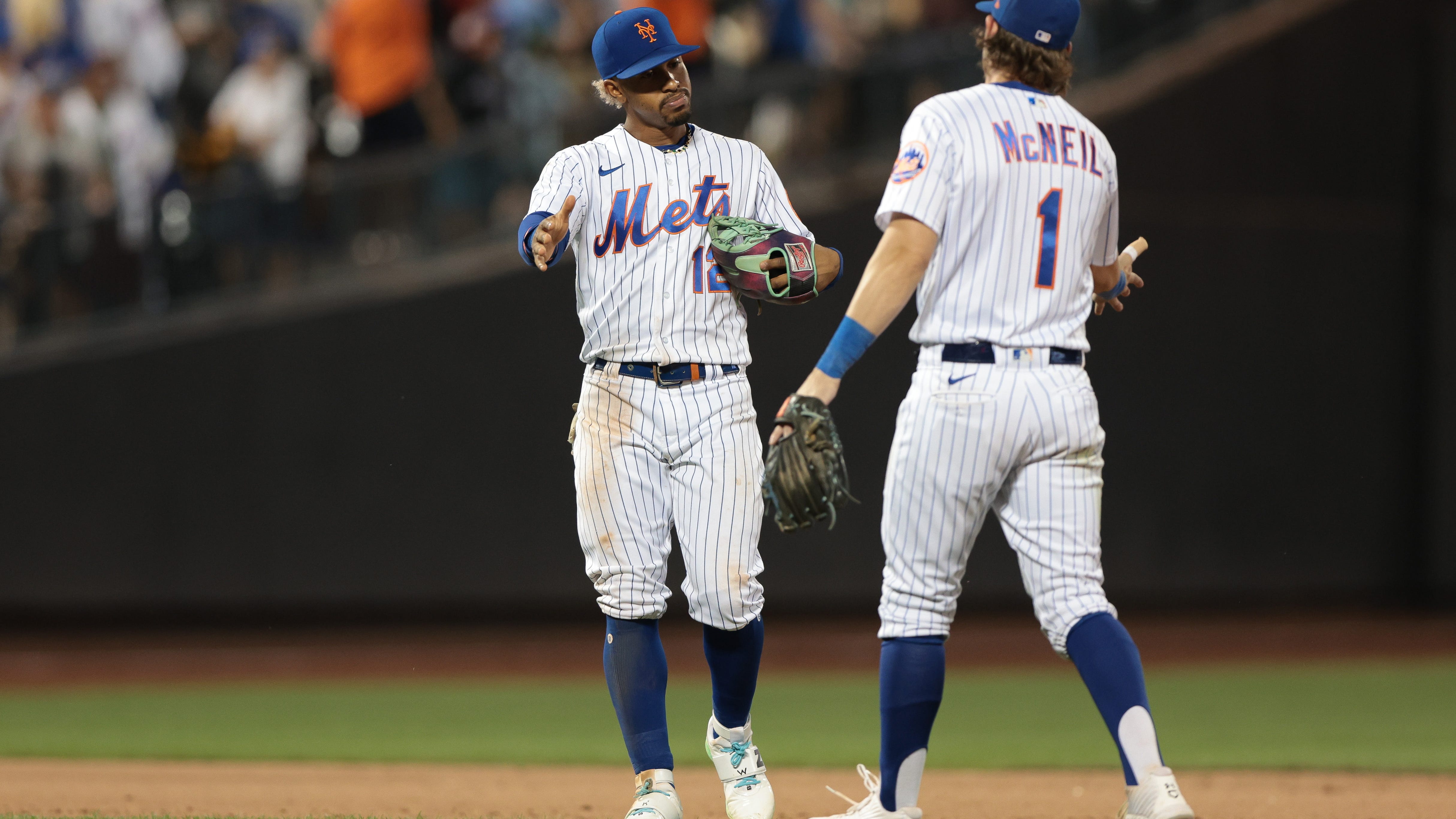 Buck Showalter on replacing Francisco Lindor with Jeff McNeil: 'That was for both of them'

“Coming off last year was very frustrating, so to be able to come back and do what I did this year means a lot. It means I’m able to go thru tough times and bounce back,” McNeil said. “I expect a lot of myself and I’m hard on myself, but I expect to be a .300 hitter every single year. This is the player I want to be for the rest of my career, and hopefully it can continue – and it’s always better to do it on a good team. Happy I was able to contribute a lot to this team this year.”

Lindor, even after making the bet, never had any doubt.

"He can hit. I think last year he had probably the worst year of his career and he was hitting the baseball,” Lindor said. “He's a really good hitter, and very smart. He goes all over the field, so he had a really good chance of doing it.”

And now, the pair enters the postseason, hoping to lead the Mets to the 13 wins they need to claim their first World Series crown since 1986.