The Yankee bullpen has imploded over the last two games, leading to two straight losses, but Aroldis Chapman has played no part in that. In fact, he’s off to one of the best starts of his career, at a time where many expected the lefty to start showing his age.

But the 33-year-old has turned back the clock in his first month of action in 2021, tossing 11 scoreless innings with 2015-like strikeout stuff. Actually, Chapman hasn’t shown this kind of strikeout stuff ever before, fanning opposing hitters at a rate of 21.3 per nine innings, his previous high in a season being 17.7 in 2014.

Of course, it will be hard to maintain that kind of number, but Chapman has certainly shown a surprising and encouraging increase in velocity and efficiency after ending 2020 on a sour note, surrendering a game-winning home run to Michael Brosseau in the eighth inning of a decisive game five of the ALDS.

So, what is behind Chapman’s unprecedented start? His manager thinks the secret is in the delivery.

“I just think he’s so much more consistent, and I think it started last year when he got a lot more consistent in his delivery, and I think that lends itself in a couple areas,” Aaron Boone said. “One is command obviously, and the other is the consistency and the quality of the stuff. That’s what’s shown up.”

The quality of Chapman’s stuff includes a notable uptick in fastball velocity, which was feared to be trending down as he continued to age into his 30s. But he has averaged 98.8 mph on his heater this season, up from 97.8 mph last year, which had been the fourth straight year that his average fastball velocity was lower than the season before. His average fastball velocity in April was his highest to open a season since 2017, and more importantly, he is throwing those fastballs for strikes. Chapman, who has had a tendency to lose the zone at times in recent years, has issued only three walks this season, and none in his last five appearances. 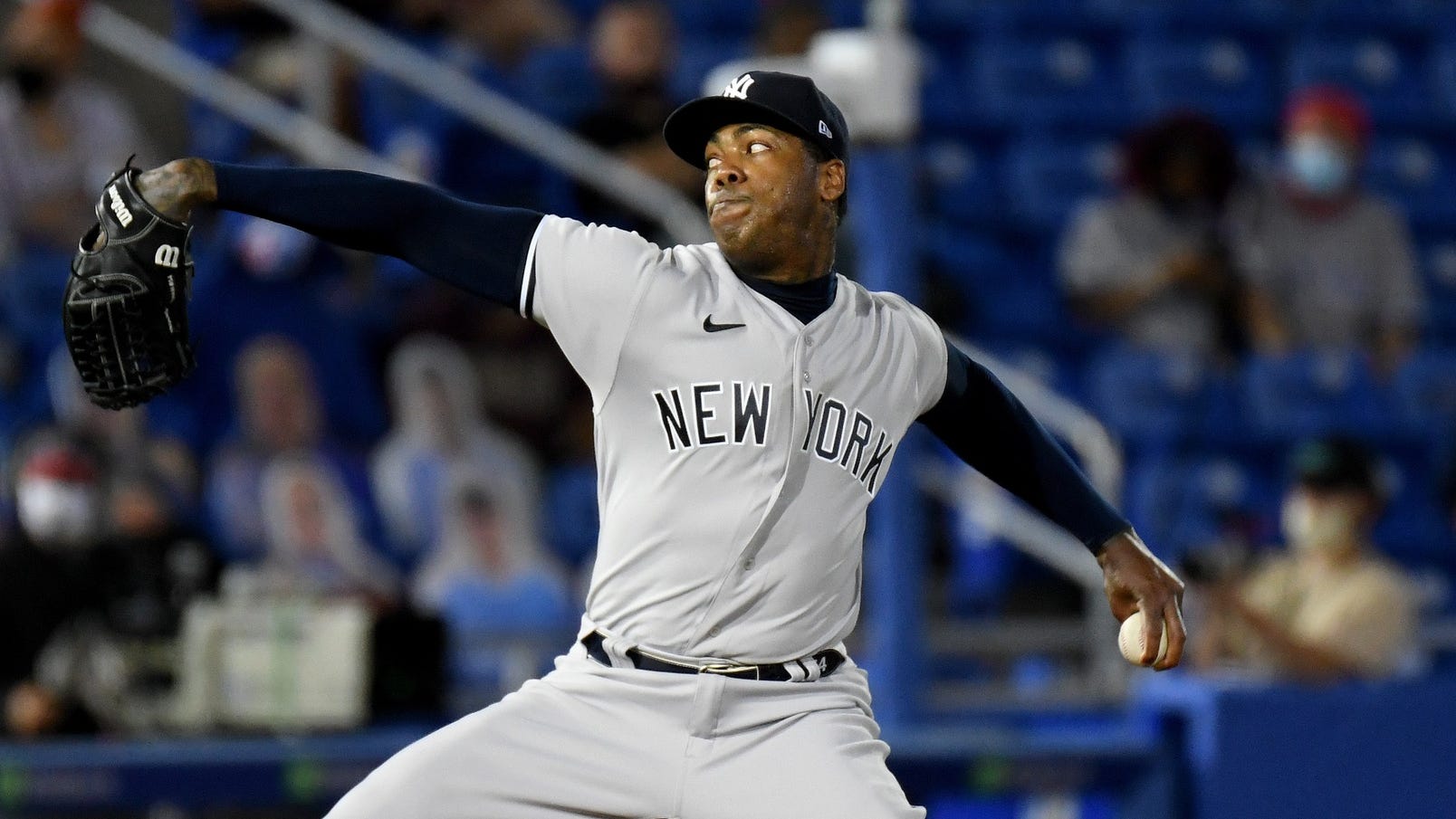 Chapman’s return to the elite of the elite among relievers was a surprise to some, especially when he opened the year with at least two strikeouts in each of his first six appearances, including striking out the side in his first three appearances, but it wasn’t a shock to Boone.

“I felt like that was happening last year, and it certainly carried over to this year,” Boone said. “He’s repeating his delivery so much more consistently, that that’s why it’s coming out like that. You’re getting what he’s capable of.”

Chapman’s delivery has been considered among the best in baseball in terms of mechanics, and he has the motion firing on all cylinders right now. He’s allowed just two hits and no runs in his 11 innings of work, while piling on 26 strikeouts.