Three positive updates for the New York Yankees in terms of injured players on Monday, the first being that an MRI on DJ LeMahieu’s balky right big toe showed only inflammation, and he will continue to receive treatment and also try special orthotics to relieve the pain he feels while swinging.

“Right now he’s day-to-day, it’s a little tricky so he’s going to hopefully get a little relief,” Boone said. “It’s swinging that kind of bothers him when he rotates on that back foot, so hopefully it’s something that medicine, treatment, and orthotics will help.”

Another cortisone shot is not an option in the immediate term, despite LeMahieu saying Sunday night it may be a possibility.

“There are things they can do to hopefully alleviate some of the pain he feels in-game, but right now, we’ll see how it goes day-to-day if he’s getting a little more relief,” Boone said.

The second: Luis Severino threw a 25-pitch bullpen session Monday, his first since going on the IL last month, and said he felt “good” afterwards. According to Boone, Sevy will threw “a few more” bullpens before live action, and the Yankees have time to ramp him up slowly as he is ineligible to come off the IL until mid-September. 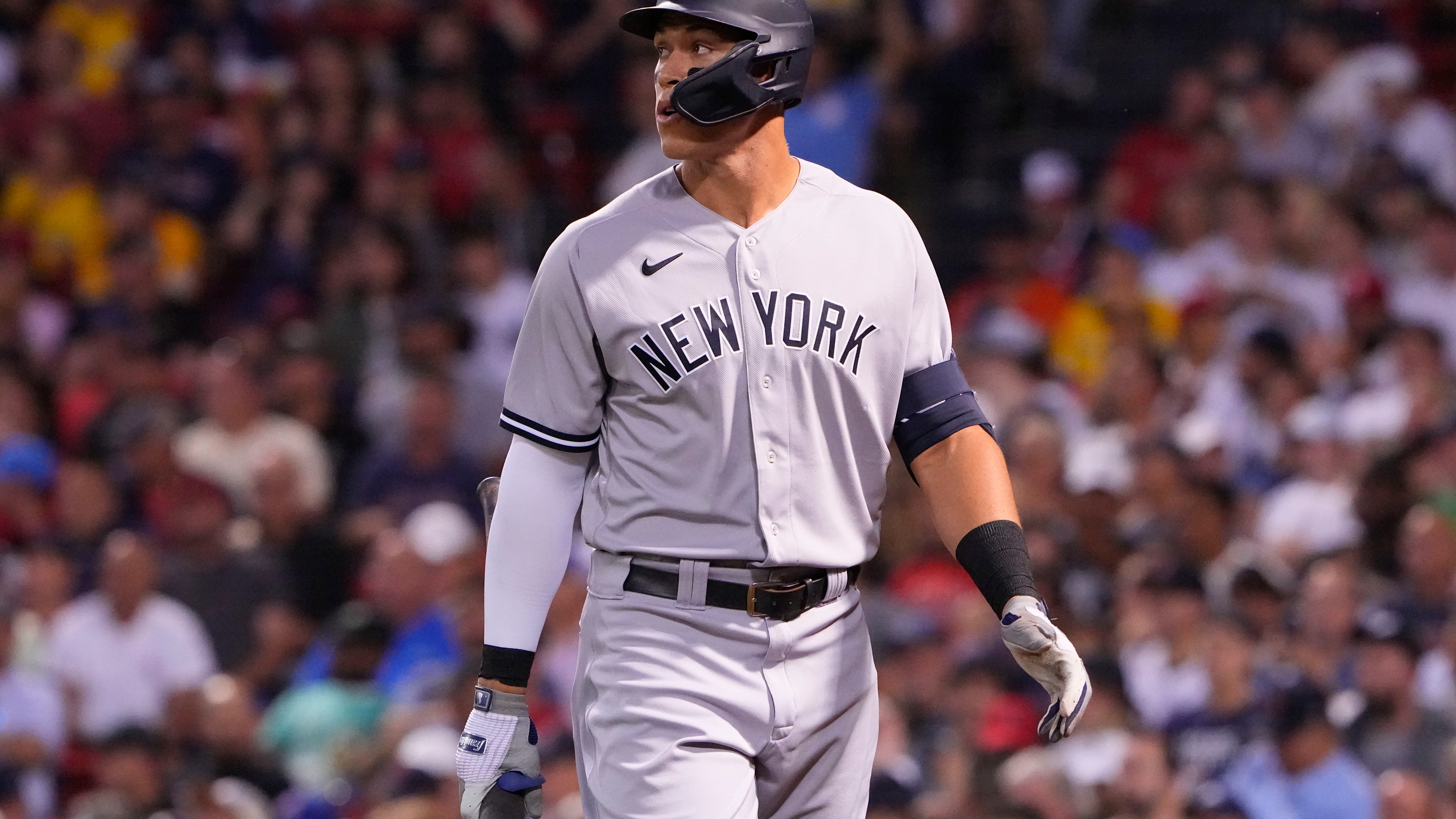 And last but not least, Giancarlo Stanton was at Yankee Stadium Monday, working out in the outfield during batting practice and tracking pitches during Frankie Montas’ and Domingo German’s bullpen sessions, and “all is going well.”

“He’s getting warm and going through a full warm-up – he stood in on some bullpens, and then he’ll go through a full pregame routine as far as defensive work,” Boone said. “Then he’ll hit, not sure if it’s on the field or in the cage, but the important thing is standing in on those and upping his volume. He’s been bouncing back well over the last week, so now let’s get to a higher volume of work and see how he responds to that.”

Boone is hopeful Stanton is “getting close” – a hope the slugger shared on the field as wlel.

“The past few days have gone well, and I need another one or two full days to work out to bounce back right,” Stanton said. “I’m still getting my feet under me, so that’s why I need a few more days to make sure I’m good to go for a full game.” DJ LeMahieu has barking right big toe, will have imaging on Monday

Stanton has been on the IL for nearly three weeks with Achilles tendonitis, and while the Yankees would love to have their slugger back sooner than later – Boone said Sunday he could get into rehab games as early as this week – this type of injury is one Stanton and the team want to make sure is fully ready to go before they push it.

“Definitely have to keep an eye on it, and don’t want to rush it back and have to worry about it every night post-game,” he said.

Having a double-digit lead in the AL East certainly helps that ideal, but amidst a 2-9 stretch, Boone was blunt in saying that the Yankees’ lack of panic shouldn’t be confused for a lack of urgency.

“At the highest point of the season, when things were going well, we always understood that bumps were coming,” Boone said. “We’ve hit a rough patch and haven’t played our best baseball, and that can turn narratives, but we have to find ways to win games. I’ve never felt (a lack of urgency) with this group, we’re just going through a tough time right now that we have to fight through.”