When I last wrote about the Yankees -- oh, about four hours before their Thursday night game got underway -- I wrote that they had a chance to break an MLB record. They had hit at least six home runs in each of their previous two games against the Blue Jays. And, verbatim, from my story, was this:

This marks just the fifth time in MLB history, and, coincidentally, the second time in 2020, that a team has hit six or more home runs in two consecutive games. Talk about a power surge... should the Yankees be able to replicate this feat again on Thursday night against the Blue Jays, they'll stand alone. 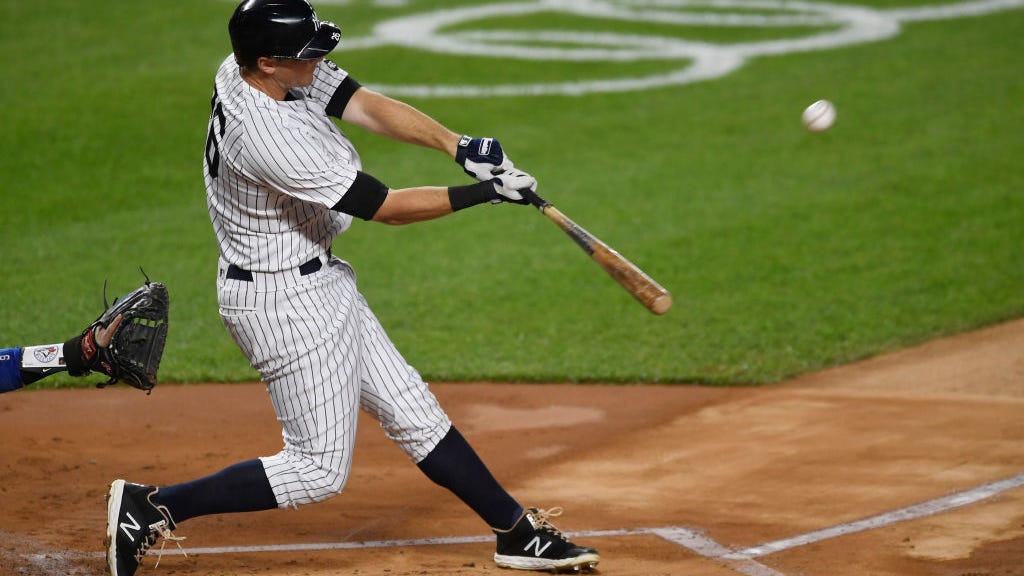 Well, the Yankees not only did it they almost completed it in the fourth inning alone.

With five home runs in the fourth inning -- Brett Gardner, DJ LeMahieu, Luke Voit, Giancarlo Stanton and Gleyber Torres all went yard -- the Yankees tied the Major League record for the most home runs hit in an inning. Another team to do it was the 2017 Nationals, when they became the sixth squad in MLB history to do so. That makes the Yanks lucky No. 7.

Three of those home runs came back-to-back-to-back, on consecutive pitches, no less.

And all five of those home runs came off of one pitcher. Poor Chase Anderson. According to Baseball Almanac, Anderson is the first American League pitcher ever to surrender that many home runs in a single inning -- which may be his fault just as much as it is the fault of the coaching staff. Luckily (I guess), he's not the sole owner of that unfortunate record. Michael Blazek of the Milwaukee Brewers surrendered all five of the aforementioned Nationals home runs in 2017, as well, and so they can proudly be co-owners of this glorious feat.

Three innings later, the record was all the Yankees', as Gary Sanchez's seventh-inning solo shot made the Bronx Bombers the first team in MLB history to hit six or more homers in three straight games.

And the Yankees are the first team in MLB history to hit six home runs in three straight games pic.twitter.com/1XwnQUAerf

Oh, and the 19 home runs that the Yankees have hit the past three nights is also an MLB record, which broke the previous record of 17 home runs, which was also set... by the Yankees... on Thursday night.

It wasn't only the Yankees who enjoyed a power surge tonight. As rare as back-to-back-to-back home runs tend to be, we saw another trio of consecutive home runs in the National League tonight, when the Phillies went yard against the Mets.

The @Phillies are crushing in their blue threads tonight.

Didi caps off back-to-back-to-back HR for the Phils. 💪 pic.twitter.com/EVmfOMwKN6