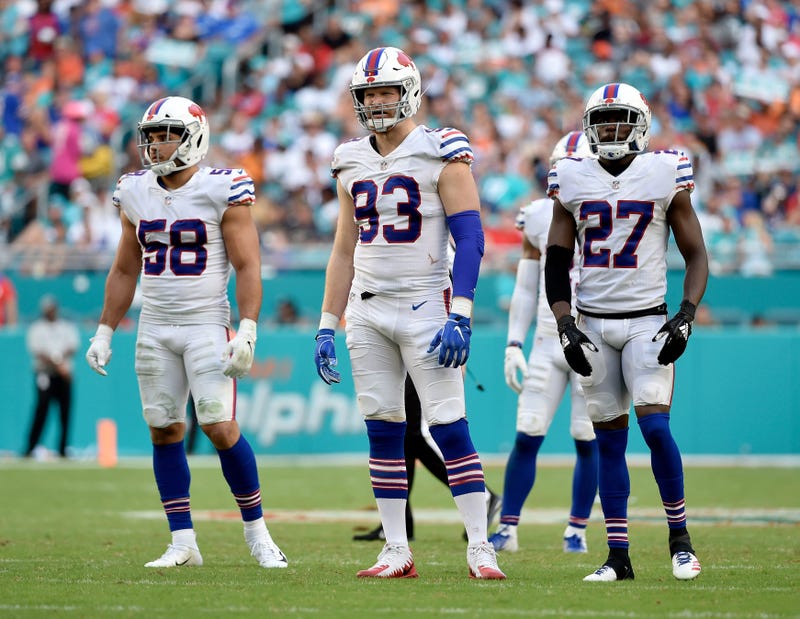 The 2019 NFL season is inching closer and closer every day.

Wednesday marked the first official arrival of a team to their respective training camp as the Denver Broncos reported to camp to begin preparations for the Hall of Fame Game on August 1 when they will take on the Atlanta Falcons.

The Buffalo Bills report to St. John Fisher College for training camp in just over a week.

ESPN's Bill Barnwell joined Mike Schopp and the Bulldog on Wednesday to provide a preview of the upcoming Bills season, as well as some insight on the season ahead around the NFL.

Barnwell on the Buffalo defense:

"This a nationally underrated defense. The offense, you figure, will take a step forward this year. I'm not necessarily high on Josh Allen, but he could be the one that pushes the envelope for Buffalo."

"We're still evaluating Daboll's ability as a play-caller. Continuity is great if you have the right coach. [Rams quarterback] Jared Goff would not be better off if Jeff Fisher was still his coach."

Barnwell on some of the Bills' offseason additions:

"There wasn't a $15 million dollar wide receiver on the market, so they added guys that should fit what they do on offense. John Brown makes total sense to pair with Allen. They can also cut or move on from almost anyone on the current offense if it doesn't work out. They kept the flexibility to go after a bigger fish in the future."

"I don't see it getting better for players at that position. You're seeing a change towards pass catching backs. Take the Todd Gurley deal for instance; the Rams would get out of that contract tomorrow if they could. The Patriots tend to rotate their backs and don't sign them to big extensions. They have backs that don't make it obvious what they're doing play-wise."

Barnwell on the Patriots:

"I think they will drop off a bit. Just look at Tom Brady's numbers without Rob Gronkowski. There's a dramatic difference. I could see them being a run-first attacking offense this year."

Barnwell on the future of an 18-game NFL schedule:

"I do think we'll eventually get an 18-game schedule. Maybe with two preseason games and two bye weeks incorporated in. I just don't think it will happen in the next collective bargaining agreement."