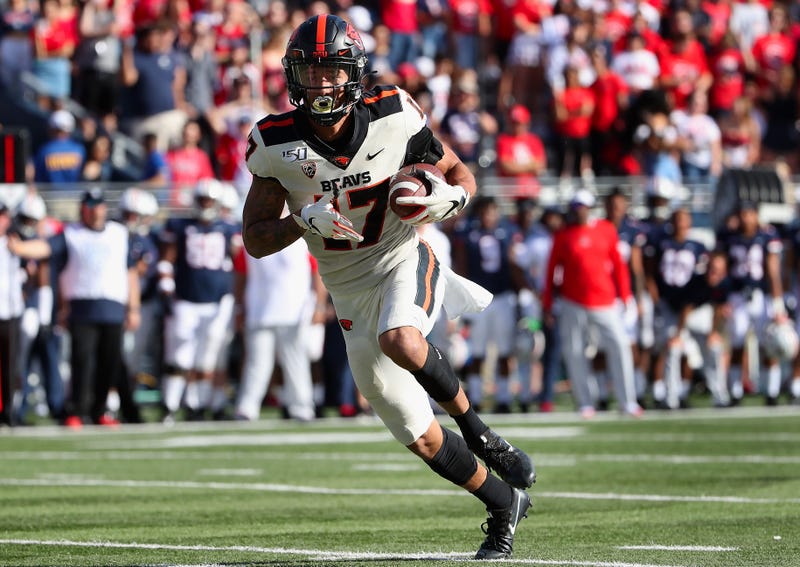 The Buffalo Bills continue to add offensive weapons to the roster at the 2020 NFL Draft as they take their second wide receiver of Day 3.

With the 207th overall pick from the New England Patriots in the sixth round, the Bills selected wideout Isaiah Hodgins out of Oregon State.

The Bills have selected WR Isaiah Hodgins with the 207th overall pick of the #NFLDraft.In 2019, Hodgins caught 86 passes for 1,171 yards (13.6 per) and 13 touchdowns. Earned second-team All-Pac 12 honors. His 13 touchdown catches marked the 2nd-most ever by a Beaver in a season pic.twitter.com/PUw27VGejm

Hodgins is another big-bodied wide receiver for the Bills, standing at 6-foot-4 and 210 pounds, and has been said to have some very good hands while making those contested catches.

The 2019 season in Corvallis, Oregon saw Hodgins lead the Beavers with 86 receptions for 1,171 yards and 13 touchdowns, which earned him Second-Team All-Pac 12 honors. His 13 touchdown receptions also marked the second-highest single season total in school history.

Hodgins joins fourth round pick Gabriel Davis as the other wide receiver selected by the Bills in the 2020 NFL Draft.

NFL DRAFT COVERAGE ON WGR IS PRESENTED BY: