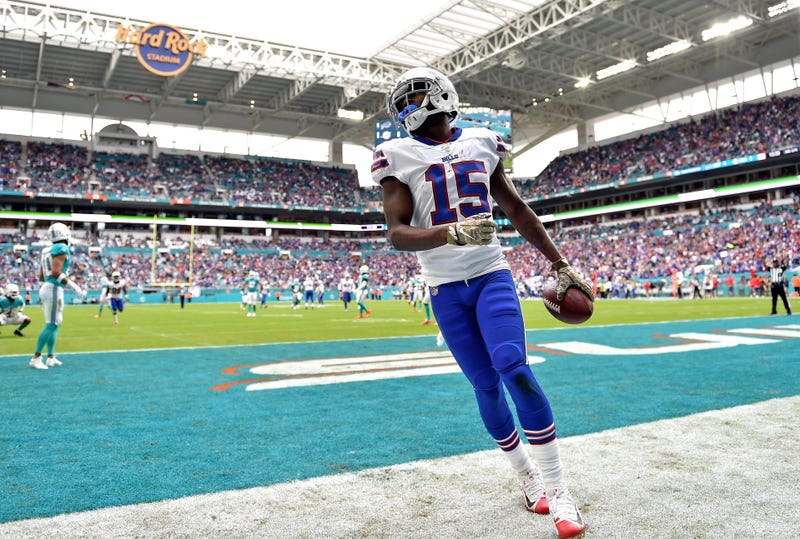 The Buffalo Bills are sitting in a good spot in the AFC standings heading into their Week 12 matchup with the Denver Broncos (3-7) at New Era Field.

Buffalo currently sits with a 7-3 record, which is only two games behind the New England Patriots for first place in the AFC East, but puts the Bills in the first spot in the AFC Wild Card standings ahead of teams like the Houston Texans (6-4), Oakland Raiders (6-4), Pittsburgh Steelers (5-5) and Tennessee Titans (5-5).

While the Bills offense has often struggled to put up points this season, the unit was able to break out this past Sunday in South Florida in a 37-20 win over the Miami Dolphins. Josh Allen had a great day by throwing for 256 yards and three touchdowns, while also accounting for a rushing touchdown en route to being named as the AFC Offensive Player of the Week.

The 29-year-old veteran is having a breakout first year in Buffalo, bringing in 56 catches for 817 yards and four touchdowns. Brown is the first receiver in Buffalo franchise history to start a season with at least four catches and 50 yards receiving in each of the first 10 games. His 817 yards receiving is also second highest total in the AFC, only behind Kansas City Chiefs tight end Travis Kelce.

Brown took the time on Thursday to join Howard Simon and Jeremy White on WGR to talk about his first 10 games with the Bills, the output from the Buffalo offense this season, his relationship with Allen, and more.

Brown on last week's offensive performance against the Dolphins:

"We needed [a big performance] big, especially getting late in the season and getting ready for the late season football. It was time for us to put up one of our best games of the season, but I still feel like we haven't put up our best yet."

"It actually played out better than I thought. I didn't think it would go the way it's going, but the coaches, the offense, and the whole team - they believe in me and they give me a lot of opportunities, so I just make the best of my opportunities."

Brown on stepping up his game this season:

"I've been running routes since high school. Certain offenses that I got put in they liked me to go deep, so I was doing what I was told to do. Now I'm here and they let me run routes. Routes underneath, getting open on short routes, so I'm just happy that I'm able to show that I'm an all-around athlete as a receiver. Even though it came kind of late in my career, I'm still just thankful that I'm able to show that I'm not just a deep threat."

Brown on Allen and their relationship:

"He's calm now, but, to me, Josh is still the same. I definitely talk to him about not taking hits. He's been doing a good job with that. As far as the turnover situation, I just think he's playing smarter and he's making way better decisions and not forcing things."

"We take time out, even at practice when the defense is going, we'll run a few routes. He gives me a couple of signals, and I give him a signal back to let him know whether I like it or not. If he gives it to me, we show body language and things like that, but it's getting better every week."