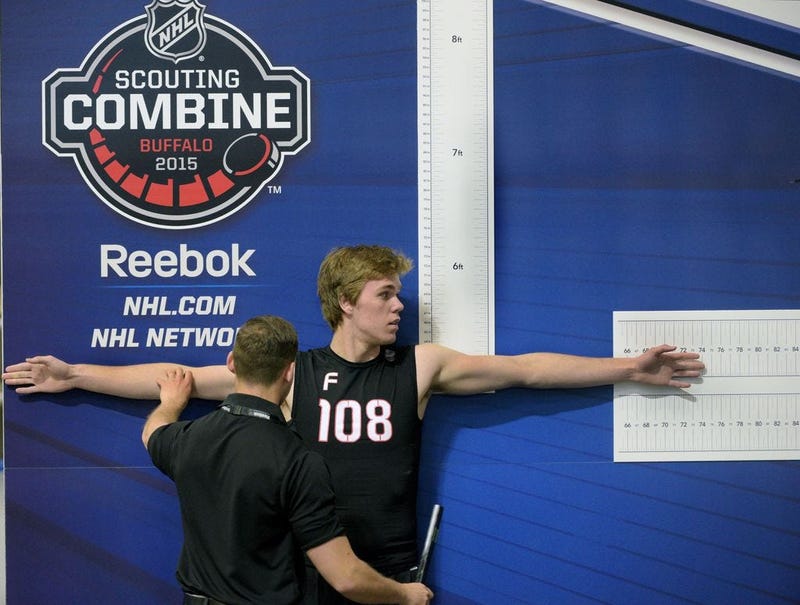 The NHL Scouting Combine has called the city of Buffalo home since 2015, and it will remain here in western New York for the next few years.

The league and the Buffalo Sabres announced on Monday that the Combine will continue to take place in Buffalo through 2022, as it will continue to be held at KeyBank Center and LECOM Harborcenter.

"After a successful first five years of the NHL Scouting Combine in Buffalo, we’re thrilled to host the event for another three years,” said Sabres senior vice president of business administration Kevyn Adams. “Partnering with the NHL to host the Combine has been a wonderful opportunity for our organization and the city of Buffalo. We’re excited that the path to the NHL for these young players will continue to run through our city and we look forward to welcoming the hockey world back to Buffalo this spring.”

Since 2015, Buffalo has hosted the NHL Combine that brings most of the league's top prospects for the upcoming NHL Draft into town for interviews, as well as a number of medical testings and physical fitness tests for all 31 teams.

“The NHL’s annual Scouting Combine is one of the most valuable experiences in a young prospects Draft year and we are thrilled to continue utilizing the Sabres best-in-class facilities for this important event,” said the Director of NHL Central Scouting, Dan Marr. “The Buffalo Sabres are gracious hosts and The KeyBank Center, LECOM Harborcenter and the City of Buffalo provide the ideal location and venue requirements for all our needs. Together with our Clubs, we would also like to recognize the Marriott Harborcenter for their continued support of this annual event.”

The 2020 NHL Combine will begin on Monday, June 1 and roll through Saturday, June 6.