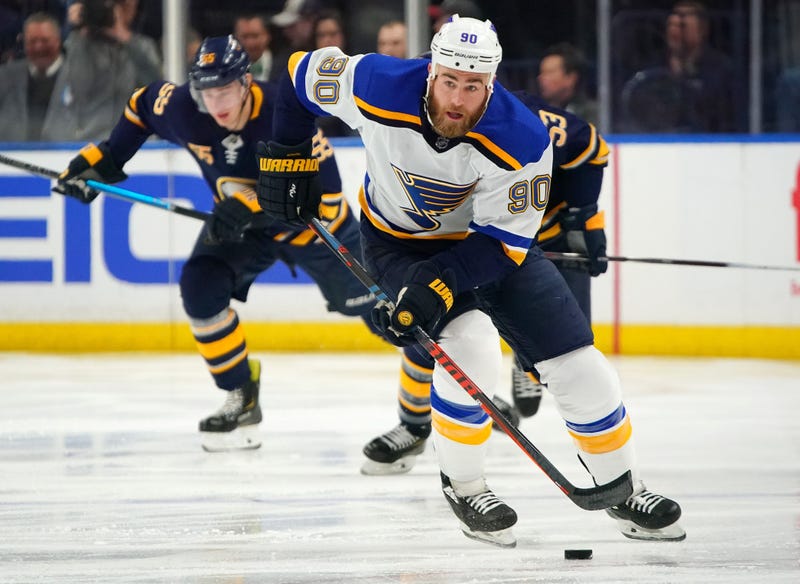 Buffalo, NY (WGR 550) - It took almost the whole season, but Ryan O’Reilly was finally back in Buffalo to play the Sabres. O’Reilly spent three seasons here and said it was strange to walk into the building, “It was a little different being on the other end of it, but I’m excited. The first time O’Reilly touched the puck you could hear faint booing, but not much.

The Sabres didn’t think O’Reilly deserved a tribute video as they hurried a welcome back with a picture and that was it. The fans gave O’Reilly polite applause.

“I had no idea, didn’t know what to expect, but at the end of the day it’s just another hockey game.”

O’Reilly knew it was going to be weird playing against his old teammates, but he was also excited because a lot of family came down from Toronto.

O’Reilly had a goal in the Blues' 4-1 victory over the Sabres in St. Louis. He said it’s extra special to be such a big part of that game against a team that didn’t want him anymore, “Oh gosh yes, it felt good. Obviously being traded, there are some feelings there, you get shipped out, you want to make an impact and have that prove it wrong mentality and I want to do it again tonight.”

O’Reilly’s highest point total in Buffalo was 61 points. I had people at my own station tell me I was wrong when I always maintained that the center should be scoring 70 points per-season and was underachieving. This year, he has 68 points in 71 games, which has him on a 79-point pace. He said many things have factored into his career season, including having a talent like Vladimir Tarasenko on his line, “It’s the guys I’m playing with, you look at our depth and the linemates I’ve had have been outstanding. I’ve been fortunate to stay healthy, but you look at this team, it really suited my game.”

It was fitting for the fans that the game came down to the final shootout attempt. O'Reilly needed to score or the Sabres win. He went in and hit the crossbar.

O'Reilly jammed a puck free from, Carter Hutton to get an assist on the Blues third goal, but he was pretty quiet throughout the night. He played 22:01 with three shots. This won't surprise anybody, but the former Sabre won 16-of-21 faceoffs.

music
Ellen DeGeneres reveals she's living in Courteney Cox's house: 'We're roommates'
news
Here's how your dog can wind up on Budweiser's upcoming beer cans
news
Ivanka Trump receives 2nd COVID shot: ‘Getting fully vaccinated is the best way to end this pandemic’
music
How much would you pay to own Kurt Cobain's hair?
music
Bed of Rosés: Jon Bon Jovi now has candy to go with his wine
music
Garth Brooks' Salt Lake City stadium show sells 50,000 tickets within half an hour of going on sale