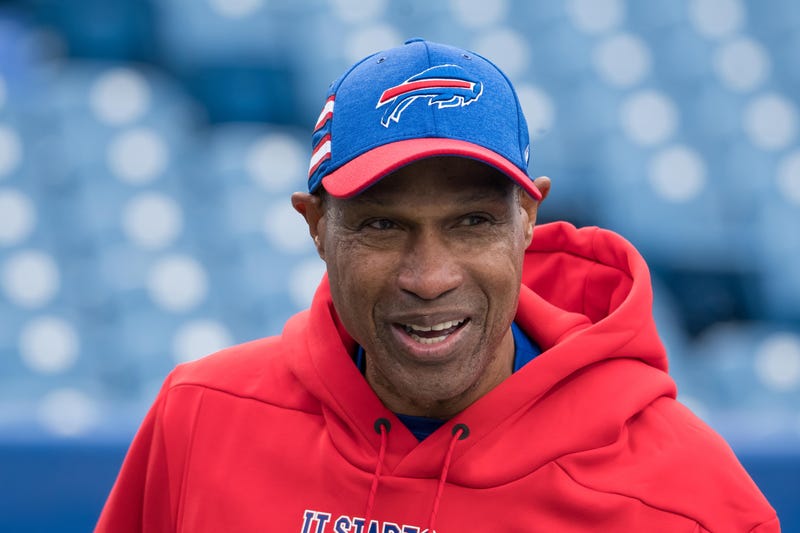 Amid high racial tensions around the nation and rookie quarterback Jake Fromm apologizing for a racist text, Buffalo Bills defensive coordinator and assistant head coach Leslie Frazier said on Thursday that he believes Fromm’s teammates are going to give him every chance to prove he’s sincere, that it will be a teachable moment for Fromm, and that he's learned from it.

Speaking via a Zoom conference call with the local media, Frazier said it's important that everyone educates themselves on the things that are going on in the world right now, mentioning the word “communication” and how important it is several times, saying that’s what can help keep a team from being divided over these types of issues and moments.

“We don't want to be a team that becomes fractured over what's going on in the world today, and it could easily happen, where your locker room is split because of comments or things that are happening around the world,” Frazier said. “So we really emphasize educating ourselves, whether you're in the majority or the minority, as well as making sure those lines of communication are open. And if someone has a concern, bring it up, let's talk about it. We're supposed to be in this as one. And if we can't talk about issues without feeling like ‘I feel uncomfortable doing it,’ well, let's take that out of it. Let's do what we think is the right thing to do to help us be a team and be unified, because this is something that we need to be unified around. We may have some difference of opinion in some areas, but this is one area where we need to be unified as a group, and make sure that we're all fighting the same fight. And I think our guys get that message and time will tell.”

A private text conversation from 2019, in which Fromm used the phrase “elite white people” when discussing gun ownership, was shared on Twitter earlier on Thursday. Fromm released a statement via his own Twitter account apologizing for the remark.

Frazier said Fromm wanted to speak to the team directly during their team meeting that morning and address the situation.

“Jake seemed very sincere in his apology,” he said of that conversation. “And I think our team, we have a strong culture on our team. Those guys are going to be able to sift through what's real and what's not real. We haven’t been around Jake, we haven't much time with him because of the virtual all season that we're in, but he's a teammate with those guys. I think over time, they'll gain trust. All of us make mistakes, and he acknowledged that he made a mistake. There are a number of us that say the same thing. At some point or another, especially in our youth, made some mistakes. And you move on from it and you grow from it and that's we're going to try to do, I'm sure as a team, grow from it. I know Jake wants to grow from it as well.”