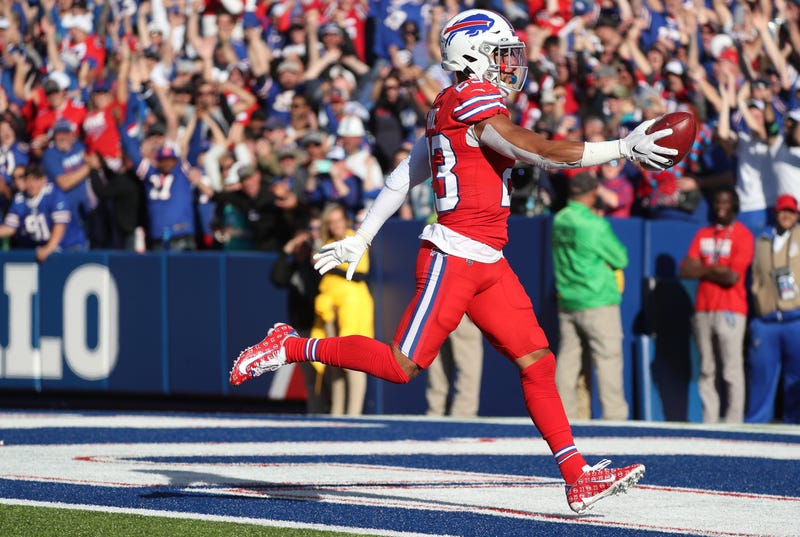 The Miami Dolphins had just scored a touchdown to pull them within three points of the Buffalo Bills this past Sunday in Orchard Park.

There was only 1:54 left on the clock, so the Dolphins lined up for an onside kick, hoping to get the ball back and score a game-tying field goal or even the go-ahead touchdown.

As the ball bounced high in the air off the kick, Bills safety Micah Hyde jumped up, grabbed the football while spinning, landed on his feet, then raced 45 yards for a touchdown, putting the Bills back up by 10 points and essentially sealing the win.

After the game, I asked Hyde to detail exactly what happened. From before the ball was kicked and where he lined up, to what he was thinking when the ball was in the air. Then, of course, whether or not he thought about going down to the ground before reaching the end zone to allow the clock to run out.

Here’s how he described it all:

Hyde on positioning and understanding what the Dolphins may try to do:

“Watching film, we understand they do the high bounce to the left. I’m the left catcher. I have faith in my guys up front that they’re going to block. I’ve been in some games, big games, where the onside kick didn’t go our way. So I kind of have in my head ‘just go up and get it.’ If I get hit, come down with the football. I can go in the training room after the game.”

Hyde on what he’s looking at as the ball is being teed up:

Hyde on having bodies in front of him as he’s in the air and then coming down:

“You can’t focus on that. There are a ton of times when a guy will catch the ball, then try to avoid a hit, and the next thing you know he fumbles it, drops it. I’ve been in some big games where some onside kicks didn’t go my way, where it just changes the outcome of a season, so I figured ‘just be a ball guy.’ That’s what they ask me to do, and just go up and get it.”

Hyde on cradling the ball and spinning in mid-air:

“I was expecting to take a hit. I would rather catch it with my arms extended, so I just tried to go up and gather it. But you’ve got to go up and get it. You can’t wait for it to come down because that’s when guys get hit and stuff.”

Hyde on running towards the end zone and thinking of possibly going to the ground:
“Literally, as I’m running, you can watch the film, I kind of peeked to the sideline and was like, ‘oh man, I don’t know if I should score,’ but this is a crazy league. I’ve got to go down even though there was what? How much time was left? 40-seconds, a minute, whatever it was. I’ve seen crazier things in this league. For them to come down, score, another onside kick, get it, one play, field goal somehow ties it up. So good play, but I’ve got to go down.”