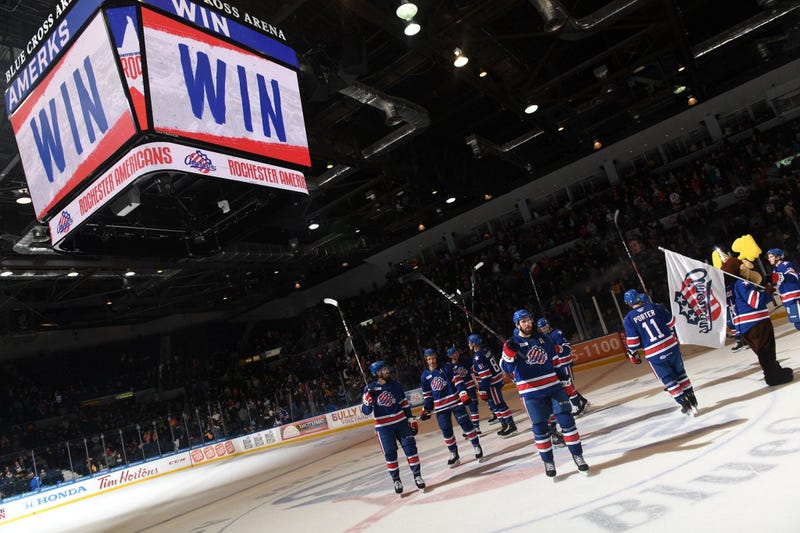 Despite an earlier report from the Swedish language daily newspaper Värmlands Folkblad this week that said the Buffalo Sabres were close to signing forward Jesper Olofsson, the Swedish free agent has signed a one-year American Hockey League contract with the Rochester Americans.

Olofsson is the older brother of Sabres forward Victor Olofsson.

According to the report, Olofsson said that he had left the Swedish Hockey League club Färjestad BK and was set to join the Sabres organization.

However, the 28-year-old was not signed to an NHL contract, so he can only play the 2020-21 season in either Rochester or in the ECHL with the Cincinnati Cyclones. That does not mean, though, that the Sabres cannot sign him during next season in order to make him eligible to play in the NHL.

Olofsson had spent the past two seasons playing with Färjestad BK, combining for 34 goals and 61 points in 95 games. In that time, the winger scored back-to-back 17-goal seasons, which put him in a tie for seventh place in league goal scoring for both seasons.

Olofsson spent the past five seasons in the SHL, scoring a total of 69 goals, while registering 56 assists for 125 points in 254 games.

On top of his playing time in Sweden, Olofsson spent one season playing professionally in Denmark, where he scored 19 goals and registered 34 points in 37 games for the Odense Bulldogs.

As for Victor, his first full season with the Sabres was a successful one with 20 goals and 22 assists for 42 points in 54 games. He is set to become a restricted free agent this summer.

The Olofsson brothers have not played together at a professional level to this point in their careers.