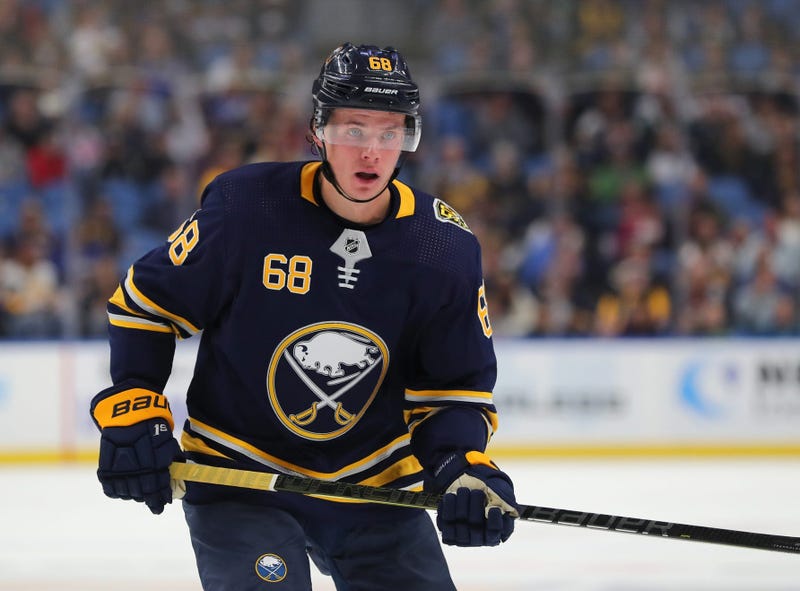 The injury news surrounding Buffalo Sabres forward Victor Olofsson may not be as worse as originally thought, but the team will still miss the rookie winger for 5-6 weeks with a lower-body injury.

The Sabres have announced the following update regarding forward Victor Olofsson. pic.twitter.com/VG3HUMPsoI

Olofsson suffered the injury in the third period of Thursday night's 3-2 overtime win over the Edmonton Oilers at KeyBank Center on the game-tying goal by Sam Reinhart. The Buffalo forward went to turn and make a pass to the point to defenseman Zach Bogosian when it appeared that he hit a rut in the ice and lost his balance. Upon replay, it looked like Olofsson got his right leg caught underneath his body, which caused his leg to bend in an awkward way.

According to the timeline given by the Sabres, the earliest that Olofsson would be back on the ice for game action would be on Friday, Feb. 7 against the New York Rangers at Madison Square Garden.

The 24-year-old has put up some excellent numbers in his rookie season with 16 goals and 19 assists for 35 points in 42 games played. Olofsson leads all rookies in both goals and points, and his 19 assists ranks third behind Colorado Avalanche defenseman Cale Makar and Vancouver Canucks defenseman Quinn Hughes. All three of those players are the likely front-runners for the Calder Trophy this season as the NHL's top rookie.

The Sabres are back to game action on Saturday afternoon against the Florida Panthers at KeyBank Center for '90s Day. Faceoff is set for 1 p.m. on our sister station, WBEN News Radio 930 AM with the Paul William Beltz Pregame Show getting started at noon with Brian Koziol from the arena.