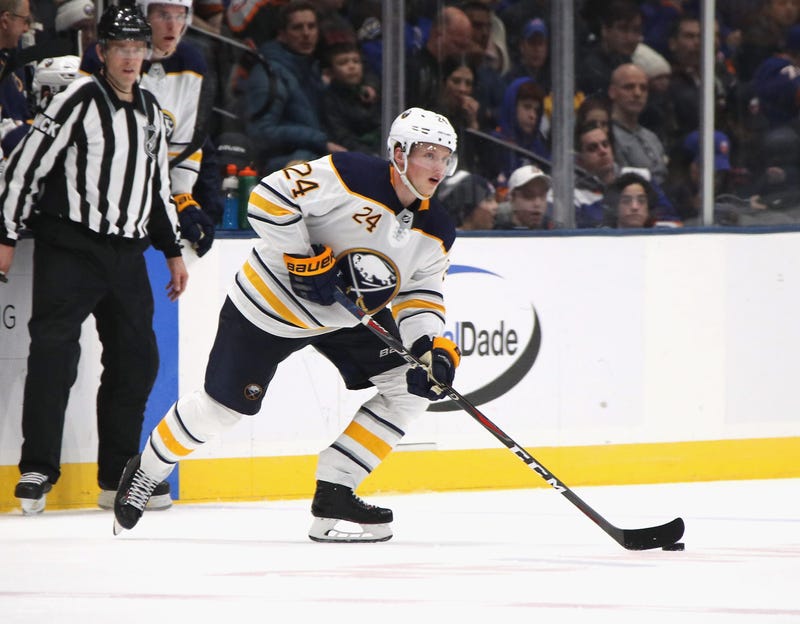 Buffalo, NY (WGR 550) - Lawrence Pilut was in a lot of pain when he left holding his shoulder during Game 3 of the North Division Semifinal series against the Toronto Marlies.
The Amerks defenseman showed how tough he is as he somehow came back for the third period and finished the game. Now we know the kind of pain he was in as the Sabres announced that Pilut underwent successful shoulder surgery with an estimated time of recovery five to six months.

Zach Bogosian already had hip surgery, and it’s not looking good for either defenseman to be ready for opening night.

This season was the 23-year-old's first in North America, and he showed he can play in the NHL. In 30 games with Rochester, he netted four goals and 22 assists for 26 points. Pilut went pointless in three playoff games.

Pilut was also named to the AHL All-Star game, but didn’t play because he was up in Buffalo.

In Buffalo, Pilut played 33 games with one goal and five assists for six points.

Here’s what the Sabres' defense looks like now without Bogosian and Pilut.