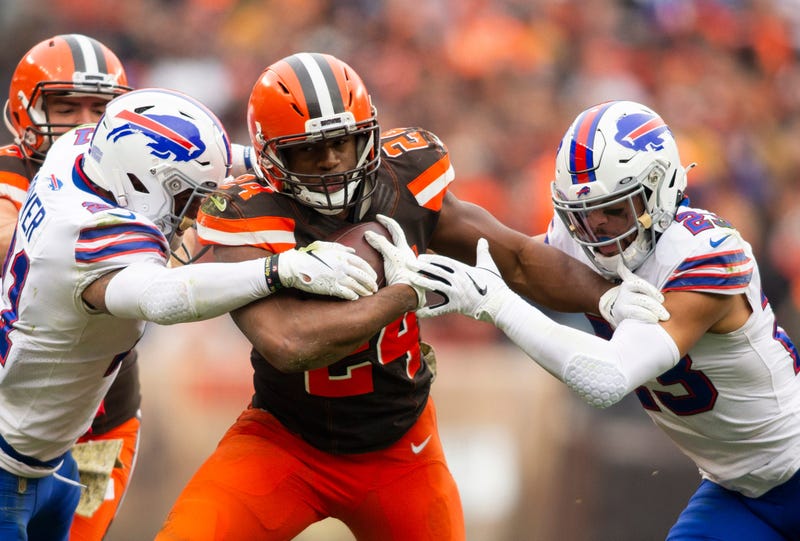 The Buffalo Bills fell to 6-3 on the season following a disappointing 19-16 loss to the Cleveland Browns on Sunday at FirstEnergy Stadium.

Despite the run defense struggling again with 147 yards on the ground against, the unit, as a whole, still had a good performance overall this past Sunday. The defense held the Browns to under 20 points, which is the seventh time this season where it has held a team under 20 points. The Bills also had an impressive stop of the Browns in the first quarter, where they stopped Cleveland on six plays from the two-yard line or closer, eventually forcing a turnover on downs.

The Browns go into the half up 9-7 on the Bills, but they squandered opportunities to increase their lead.The Browns ran 6 plays from the 2-yard line or closer on a drive without scoring. They are the first team to do that since the Jets on Dec. 18, 1993. h/t @EliasSports pic.twitter.com/njpZoXslW3

Much of the conversations surrounding the game were the struggles on offense and the mismanagement of the clock on the Bills' final offensive drive.

Bills safety Micah Hyde did not back away from questions about that sequence when he was asked about it with Mike Schopp and the Bulldog during his weekly Buffalo Football Monday segment on WGR. Hyde also answered questions about the defense's roll in the loss to Cleveland, as well as Sunday's game being a bit of a homecoming for him.

Hyde's takeaway from the loss to the Browns:

"[It was a> learning lesson. I imagine it's a opportunity for us to learn from it. Obviously the outcome is not what we wanted. We're all competitors in this locker room, we want to win each and every game. To go out like that is not ideal. We'll learn from it, and this is a week-to-week league; you have to continue to progress, or else next week it can bite you in the ass again."

"We wanted to get a stop. We got excited on Jerry [Hughes'> play, obviously it was a good call by the refs with the forward [incomplete> pass, but after that, we wanted to go out there and get a stop. We were unable to, so it's one of those situations that you just have to [make a stop>. Someone has to spark the defense and make a play, and we weren't able to do that."

"That's the type of player that Tre'Davious is. We've been saying that all along. He's able to do things like that - going out there and match one of the best receivers in the league and hold his own. And not just hold his own, but compete and make some plays. I don't know how many pass breakups he had, maybe four, five, I don't know, [but> he was out there doing his thing, ballin'. It was definitely him on Beckham, which you could see just watching the game, and he went out there and had the game of his life."

"There's so many game situations throughout a week that we watch, whether it's in a team meeting or individually, that we go over certain type of situations all the time. We have faith in whatever Sean [McDermott's> decisions are in a game, we're gonna ride with them. If he felt like that was the best opportunity to wind [down> the clock, try to get one more play, see what happens and take a shot at the end zone... if that's what he wanted to do, we would've done that. I have no problem with the decision that Sean made. Obviously there's going to be people on the outside saying that we should have done this, should have done that, which you can always get better in those situations. But do I feel like that was the reason why we lost the game? Not one bit."

Hyde on his "homecoming" returning to Ohio:

"I had a lot of people in town from an hour and 40 minutes away. A lot of people drove up. My family was there, and I played with a lot of guys on teams that I played with in the past or in college, so I knew a few guys, a few coaches. It was good to see their faces, but once again, it wasn't ideal to get of out there with a loss. We felt like we could've played a lot better."