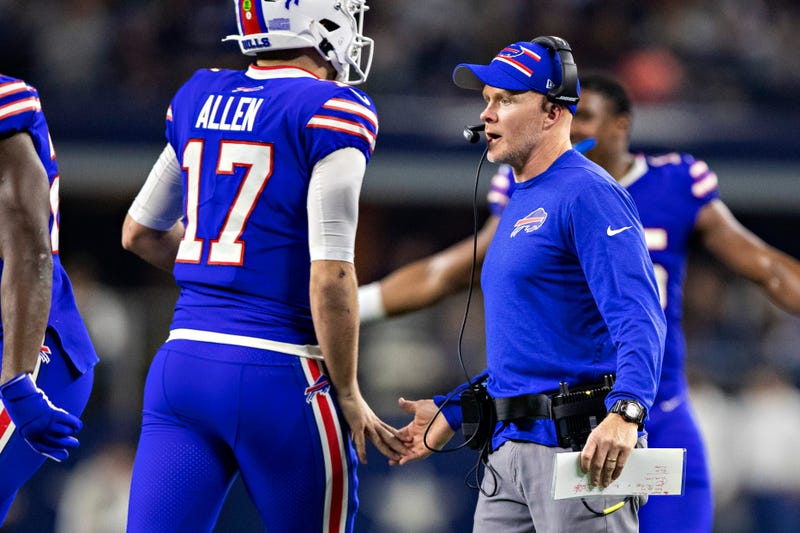 It could be the biggest game played at New Era Field in quite some time on Sunday as the Buffalo Bills (9-3) get ready to face the Baltimore Ravens (10-2) this Sunday in Orchard Park.

With a win this week, the Bills would inch their way closer to clinching a playoff berth for the second time in three years under head coach Sean McDermott.

It would also be the first time that the Bills would have 10-plus wins in a season since 1999, when the team finished their year with an 11-5 record.

However, this week's matchup will not be so easy as the Ravens enter Sunday's game as one of the top-ranked teams in the National Football League.

A huge reason for the team's success has been because of the MVP-level of play from Jackson, who has shredded teams this season both in the air and on the ground. The 22-year-old has thrown for 2,532 yards and 25 touchdowns this season, while leading the NFL in rushing yards for a quarterback (977), and is just 63 yards away from surpassing Michael Vick’s record for the most rushing yards by a quarterback in a single season.

Knowing the challenges ahead for his team this week, McDermott joined Howard Simon and Jeremy White on Friday for his regular Buffalo Football Friday appearance on WGR.

McDermott on the players' preparations for facing the Ravens:

"I just think the guys are so focused on one-week seasons and trying to win this game. It's a very strong opponent, as it's been very well mentioned throughout the course of the last several of weeks. You spend time watching the tape of this football team, being the Baltimore Ravens, and there's very, very few areas of weakness. We've got to continue to improve as a football team, do our job and play good, fundamentally sound football."

McDermott on going head-to-head with the Ravens this week:

"It certainly is a challenge. It's a unique challenge. Having said that, I think, as competitors, we all look for that and you don't shy away from that. No one's been able to crack the code to this point. They've only punted a record [low] amount of times offensively, so I think that's part of the challenge, and I think you embrace that. True competitors embrace that, and that's what we're looking for."

McDermott on Josh Allen's progression throughout the 2019 season:

"As his career has trended and as he continues to grow and develop, you want him to continue to grow and get better. That's what we've seen the last six, seven, eight weeks now. He continues to take care of the football, continues to get more and more comfortable in the system, playing faster and understanding overall defensive play in the NFL too. It's a natural progression, bu the credit goes to Josh primarily, and then the coaches and the people around him. It's been a true team effort, but Josh is an extremely hard worker, and usually you get the results of your habits. He's had great habits this season."

McDermott on what he's seen of Lamar Jackson:

"No. 1 it's just him as an athlete - he has a unique skill set. You go back and you look at the different quarterbacks, whether it was Cam Newton... people try and compare people - Cam Newton, you look at Michael Vick and his skill set - there was an adjustment period for teams facing those players because their skill set was so unique. I think that's, just on the surface, the No. 1 thing that jumps off the film is his skill set."

McDermott on the Ravens' offense under offensive coordinator Greg Roman: