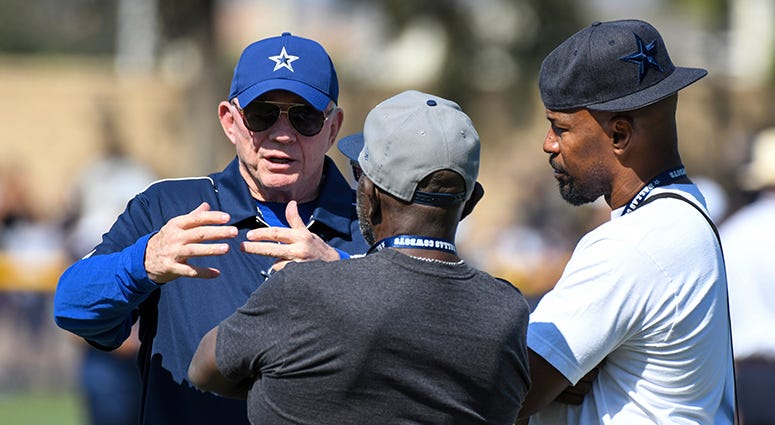 When Brandon Beane spoke to the media this past week while at the Senior Bowl in Mobile, Alabama, the Buffalo Bills general manager said that one of the reasons he’s adamant about not “drafting for need” is because needs constantly change. Sometimes it’s due to injury. As he pointed out specifically, even though the team may not have a need at a certain position this particular offseason, that might change in one year due to other players being in the final year of a contract. Then, if you plan and draft a year early, the team can more easily replace that player instead of feeling the pressure of having to pay him what he’ll command on the free agent market.

Of course, there will be more names added to this list as the team signs some of this year’s free agents to one-year deals, but with that in mind, let’s take a quick look at the starting players the Bills currently have on their roster who will become unrestricted free agents after next season, in March of 2020, and how it might impact this year’s draft:

Hughes has been a very good player for the team since arriving in a trade prior to 2013. He’s stayed healthy, not missing a single game in his six seasons with the club. He’s averaged 5.5 sacks over the last four years, but is now five years removed from his last double-digit sack season. The Bills already need to find a premiere pass rusher and Hughes will be 32-years-old before the 2021 season kicks off, which means that position should be on the table no matter what already. If they grab one early-on, it would give the team a lot more options on what to do with Hughes, knowing they already have a young pass rusher in the pipeline.

The Bills have the choice to pick up the fifth-year option on Lawson since he was a former first round pick. If they do, he won’t become a free agent until 2021. If they elect not to, it’s another defensive end, like Hughes, they’ll be either looking to re-sign, or let walk. Lawson will only be 25-years-old next offseason and is coming off his most consistent season of his three year career. Whether the Bills pick up that option or not might be very telling about some of their draft plans this year. As stated, they are already most likely looking to add to the edge on defense, and if they choose not to pick up the fifth year option, they are almost certainly going to have to make it even more of a priority this year, especially considering the player Lawson backs up, Trent Murphy, has already dealt with numerous injures his first year in Buffalo.

McCoy is clearly the most notable name on the offensive side of the ball on this list. He had the worst season of his 10-year career in 2018 and, scheduled to make over $6 million in 2019, there are many wondering if he’ll even be on the roster this coming season. Assuming he is, it’s hard to see the team bringing him back in 2020, when he’ll be 32-years-old, unless he has a terrific bounce-back year and they can do it for a team-friendly price. That’s a lot to fall into place. Also, considering the current ages of fellow Bills running backs Chris Ivory (32) and Marcus Murphy (29), both who will also be unrestricted free agents after this season, there’s no doubt the Bills need to get younger as soon as possible at the running back spot.

Clay’s contract has been the source of plenty of frustration for Bills fans since he was signed to an offer sheet that the Miami Dolphins didn’t match back in 2015. He’s scheduled to make $4.5 million this coming season, but the Bills can release him and not have to account for any of it, which is very well what they might do. Clay is still the best all-around tight end currently on the roster, but he’s also missed six games over the last couple years and always seems to be dealing with various injuries. A really good, young tight end for quarterback Josh Allen is already a need for the Bills, and upgrading the position this offseason should already be a priority, without even projecting into 2020.

The about-to-be-36-year-old Alexander just signed a new one-year deal and has indicated 2019 will be his last season. The Bills need to operate under that premise and look to find not only his eventual replacement, but someone who can play snaps on the strong side this season, allowing Alexander to move around in certain situations and not have to play as many snaps in order to keep his body fresh for the full season. Drafting a young player who can grow behind him would be ideal.

Hauschka had a terrific 2017, his first season in Buffalo, but a drop-off this past season, especially towards the end. It may have been due to the constant change in holders the team had because to their turnover in punters. This season will be important for him to show that he deserves to be re-signed next offseason. Whether he is or not, kicker isn’t a position most teams feel the need to use a draft pick on, and especially one that already has a generally reliable kicker still under contract. His contract status should have no impact on the Bills draft this year.

Bodine is an interesting case because he’ll be coming off a broken leg, and this situation may be tied to what the team also does with his backup Ryan Groy, who is an unrestricted free agent this offseason. If they bring Groy back, the need for another center this offseason is much less pressing. Even if they don’t, they can find backups late in the draft or through free agency. This feels like a wait-and-see approach on what kind of season Bodine has and not spending draft assets a year early on finding his replacement.

The Bills already appear ready to make an overhaul on their offensive line. Ducasse may not factor in the mix when it’s said and done to start 2019 as it is. With fellow guard John Mille a free agent this year, who shouldn’t be a priority to re-sign, they should be looking at the position pretty closely this draft anyway.