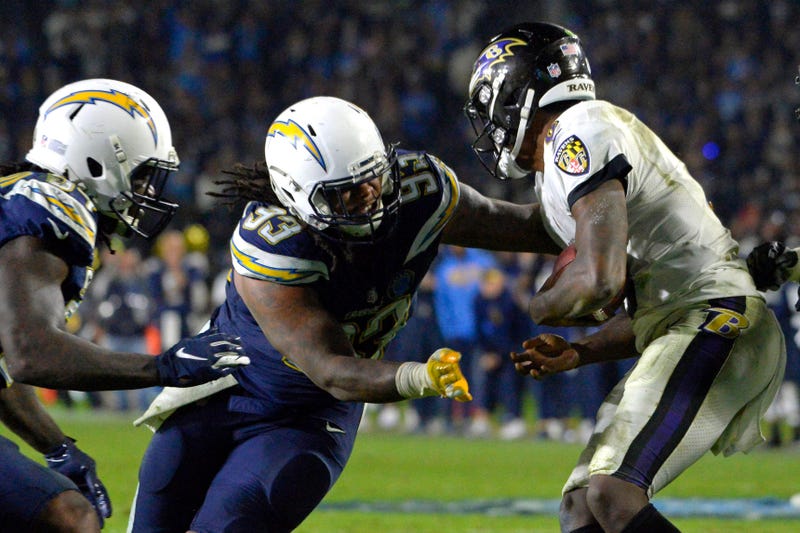 The Buffalo Bills had the second-ranked defense in the NFL last year, as far as yards per-game given up. They were third in yards per-play allowed, and 10th and third per-play against the run and pass, respectively.

However, they still gave up over 200 yards rushing and over 5.0 yards per-carry in three different games, so they’ll most likely want to focus on improving in that area and being more consistent stopping the run.

Going into 2019, they have very few parts of that defense they’ll need to replace. However, a big one is Kyle Williams, who retired following a 13-year career with the Bills. Jordan Phillips is also an unrestricted free agent, which leaves only Star Lotulelei and Harrison Philips as the lone regular returning interior defensive linemen. They, of course, could re-sign Jordan Phillips, but whether they do or not, they’ll still need to add to the position this offseason.

Here are some pending free agent defensive tackles from other teams who could be possible targets for the Bills, and a breakdown of each:

Bills fans are familiar with Richardson, who played his first four years in New York with the Jets. He can play various positions up and down the line, fitting into both 4-3 and 3-4 schemes. Of course, the Bills run a 4-3, but head coach Sean McDermott and defensive coordinator Leslie Frazier also like to move players around and find creative ways for them to make impacts. Richardson would give them the flexibility to do that. After having a disappointing season with the Seahawks in 2017, Richardson had a nice bounce-back season last year in Minnesota. He’s only missed three games over the past three seasons and has had only one season in which he didn’t play at least 15 games.

I was a very big fan of Brown when he was coming out of Texas in 2015. The Patriots took him with the last pick of the first round and immediately became a regular, starting 12 of 16 games his rookie season. Four seasons into his career, he’s played 61 of a possible 64 games and started 51 of them. Brown is certainly not a pass rushing defensive tackle and shouldn’t be expected to be one. In four years, he’s collected a total of 8.5 sacks, but he stops the run and makes tackles. Last year, Brown collected 39 total stops. The highest Bills defensive tackle in that category was Kyle Williams with 35. However, that was the lowest total of Brown’s career. He also had seasons of 48, 50, and 49 tackles. No Bills defensive tackle has had over 50 tackles since Williams did back in 2016.

Philon finally became a regular starter last year, starting 13 games after only having started six his previous three seasons with the Chargers. He’s known mostly as a run-stopper, but he’s been able to get to the quarterback a little bit the last couple years as well, collecting 4.5 sacks in 2017 and another four last year. This on top of 31 and 33 tackles, respectively, in those two seasons. Considering some of the names on the defensive tackle market, and that he just became a starter last year and  it appears he’s just starting to come into his own, Philon will probably be a cheaper option than many of the other free agents at his position. If he continues his ascent, he could also be a tremendous value for the Bills, or other team.

Hankins is a former second round pick of the New York Giants, who was highly thought of coming out of Ohio State in 2013. He was mostly considered a run-stuffing interior player, but showed an ability to get to the quarterback when he became a starter in 2014, registering seven sacks to go with 51 total tackles. He suffered a pectoral injury midway through the 2015 season and was placed on injured reserve. He bounced back in 2016, starting all 16 games while collecting three sacks and 43 tackles. His production and age netted him a three-year, $30 million contract with the Indianapolis Colts prior to the 2017 season. In his first season with the Colts, Hankins recorded 44 tackles and two sacks, but was cut after one year when the team changed defensive schemes. He played last year with the Raiders, finishing with 36 tackles but not recording a sack. He’s well thought of as a player in the league, but now has bounced around from team to team and scheme to scheme over the past three years, so he shouldn’t cost anything near the money he made on his big deal with the Colts a couple years ago. Hankins could be a very useful player for a team like the Bills looking to upgrade in the run-stopping department, but also add at least the threat of some more pass rushing ability to it’s interior defensive line.

Henry AndersonCurrent team: New York JetsAge at start of season: 28
Anderson isn’t an ideal fit in a 4-3 defense, which the Bills mainly use, but he’s 6’ 6” and 301-pounds and can play up and down the line in various roles, if used properly. After the Colts made him a third round pick in 2015, he had three somewhat disappointing seasons, unable to stay healthy in Indianapolis. He missed 19 games over three seasons. Then Indy moved to a 4-3 defense and let him go. He signed with the Jets last year and thrived, collecting seven sacks to go along with 35 tackles. His seven sacks are the same amount Jerry Hughes had, who led the Bills in that department. Unlike some of the other true defensive tackles on this list, Anderson is more of a hybrid player, who McDermott and Frazier would have to have a specific plan for using him. He definitely has a skill-set that can be taken advantage of if that’s the case.