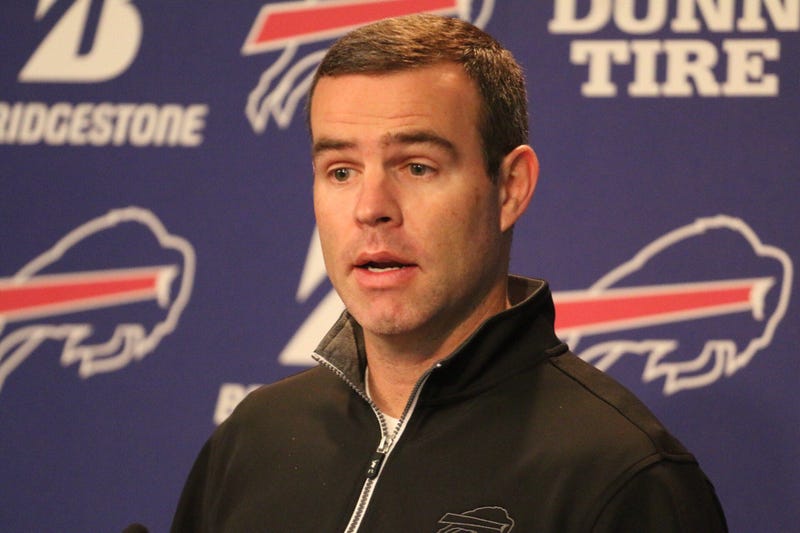 Of the 5000-or-so words Buffalo Bills general manager Brandon Beane and head coach Sean McDermott said during Monday’s end-of-year press conferences, no two were more significant, or will hold greater importance than those from Beane.

The general manager was referring to the salary cap situation he inherited when he took the job in May of 2017 and immediately put in a plan of action to get it corrected. Once March rolls around and the new league year begins, he will have done just that.

“This has been a calculated plan from when I interviewed here to how I saw this and how Sean [McDermott] saw this and [Terry and Kim Pegula],” Beane said. “We were all on the same page of building this thing. We knew the salary cap needed to be fixed going forward. It’s not ideal to hand a set of coaches and players $50-plus million in dead money. You can whine about it or you can go do something about it.”

Beane chose to do something about it. From the day he was hired, he began shedding players and taking big contracts off the books for the long-term, knowing full-well, and willing, to take the short-term hit of the “dead money” the team would have to incur.

Dead money is the guaranteed money still left on a player's contract at the time the team trades or releases him, often paid out upfront as a signing bonus. That money would normally be spread out through the life of the contract, but if the team moves on from the player before that, all of that remaining money suddenly counts against the team’s cap the following season.

Marcell Dareus is the biggest and best example of this for the Bills. At the time he was traded in 2017, he still had over $13.5 million remaining in already paid-out bonus money the Bills would have counted on their cap - on top of his yearly salary - over the next four seasons. But because they traded him before his contract expired after the 2021 campaign, they had to count all of that money immediately against this years’s cap.

Now add offensive tackle Cordy Glenn’s $9.6 million in dead cap space, quarterback Tyrod Taylor’s $7.6 million, center Eric Wood’s unforeseen retirement adding another $10 million, and several other contracts that had to be accounted for. Presto! The Bills ended 2018 with roughly $70 million counting against their salary cap for players not even on their roster. That’s an astonishing number, but one Beane knew he had to deal with now in order to get where he wanted things later.

“There’s only so many dollars to go around with that much dead money,” he said. “That’s why I take a big onus in this [6-10] record. Probably as much as anybody in the building, you can put the target on me for the calculated move of the cap. But that’s fixed and going forward, we’ll be able to operate and not have to worry about releasing a guy just so you can get into free agency and make some moves.”

With all that money now finally off the books, the Bills are projected to have close to $90 million in available salary cap space heading into the new league year. That’s money Beane can spend on free agents or already-existing salaries for players he can trade for. However, the Bills general manager doesn’t want to make the same decisions and mistakes that caused the team to be in the position they were when he took over.

“Judicious is probably the word that I would use instead of aggressive,” he said. “If you’re not wise with it, you can be back to where it was when I walked in the door here. We definitely want to fill holes in free agency.

“It’s not about having it to spend it. It’s about having it to be smart. In my perfect world, we draft and we sign our own. We grow them and we sign them. That’s why it’s important to be judicious and not just go spend it. To be selective, be smart, bring in some added competition to both sides of the ball and special teams. I’ve been on many teams where, at this time of the year, the GM and coach are having to answer questions how they’re going to get to free agency with any money because you’re either over the cap or barely have any money to operate. We don’t have to worry about that going forward, which is freeing, so to speak.”