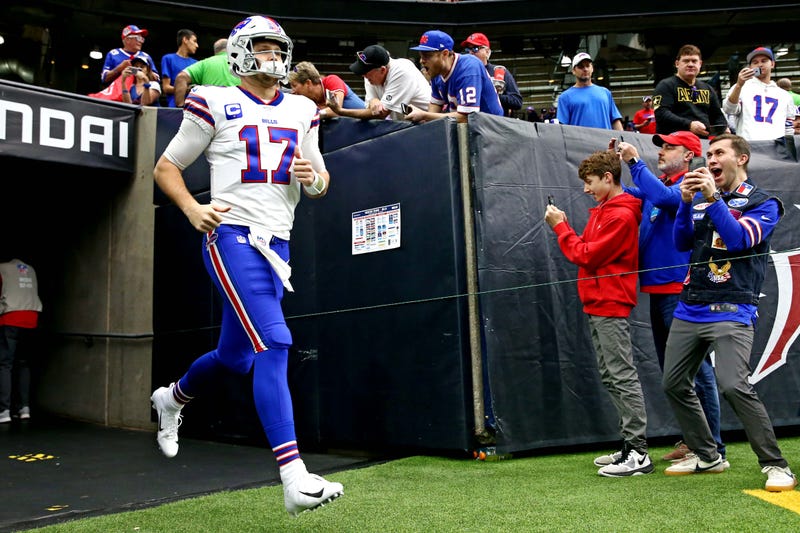 After a 10-win playoff season in 2019, followed by an offseason full of attention-worthy acquisitions, the buzz around the Buffalo Bills in Western New York might be higher than it has been since the Super Bowl days of the early 1990s.

That buzz has started to spread across the country.

When it comes to who is most likely to win it all in 2020, ESPN has the Bills in the top-10, landing right in the 10th spot with a 2.9% chance to win their first ever Super Bowl.

Despite losing quarterback Tom Brady in free agency, the New England Patriots are still favored over the Bills, but barely.

The Patriots have the same 6.6% chance of making the Super Bowl as Buffalo, but the Football Power Index gave New England a 3% chance of winning their seventh championship, .1% higher than the Bills.

Oddly enough, the index has Buffalo as the favorite to win the AFC East, and more likely to make the playoffs compared to New England. Seems like they think the Bills have a better chance of getting into the big dance, but if the Patriots get in, they are more equipped to do damage into January.

Overall, the index is projecting a race that is dead even between the two division rivals.

Almost all regular season and playoff projections in the database have nearly the same odds for Buffalo and New England.

The index believes Bill Belichick deserves the benefit of the doubt even without Brady. He is one of, if not, the greatest coach in NFL history, but is there enough talent around the New England roster around an unproven quarterback in Jarrett Stidham to keep up with the Bills and the rest of the division?