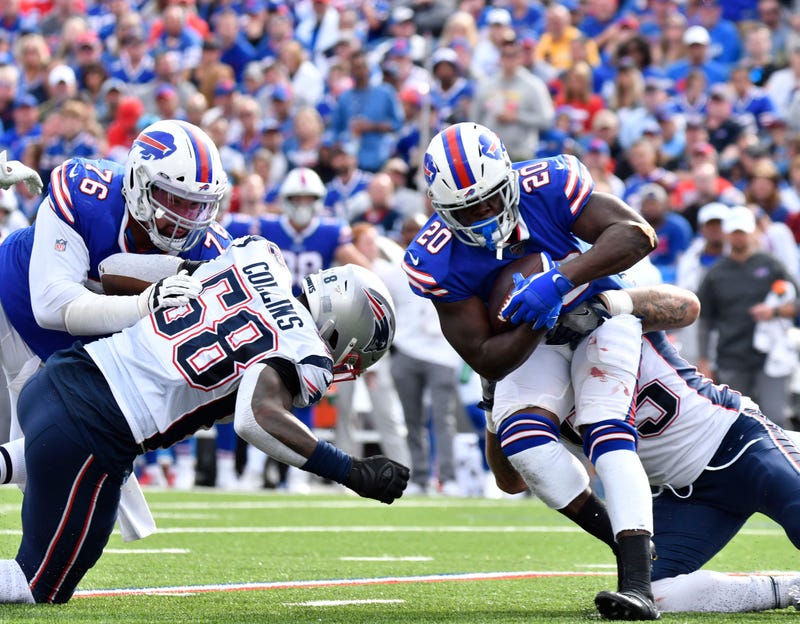 There weren't many positives about the Buffalo Bills' offensive performance against the New England Patriots on Sunday at New Era Field. The defense gave the offense every chance to win the game, but quarterback Josh Allen and company scored just 10 points in a 16-10 loss.

Nothing seemed to work against the Patriots' defense. That is, except for the efficient running of Frank Gore.

It wasn't just any strong performance. It was one with significant implications on the National Football League record books.

Gore surpassed 15,000 yards for his career on Sunday. The 14-year veteran is now just 249 yards away from jumping Barry Sanders for the third-most rushing yards in NFL history.

"I wanna say thanks to all the guys that helped me get it," Gore said following Sunday's game. "All my offensive lineman, the receivers, coaches, now I just wanna keep playing."

Sanders may not be safe for long in that third spot. It took just three weeks for Gore to reach 273 yards while averaging 4.5 yards per-carry.

While Emmit Smith's all-time record of 18,355 yards might be tough to beat, Gore is just 1,705 yards away from Walter Payton, who currently sits second on the list.

Over the last two seasons, Gore has totaled 1,683 yards despite playing behind suspect offensive lines.

Second all-time seems very achievable if the lack of regression in his game continues.

For Gore, he is just happy to be mentioned with the greats.

"It's big especially with me coming out of college and the injuries, two ACLs, a lot of guys doubted me," Gore said. "It's a blessing to be mentioned with those guys, guys who I looked at when I was coming up wanting to be a running back."