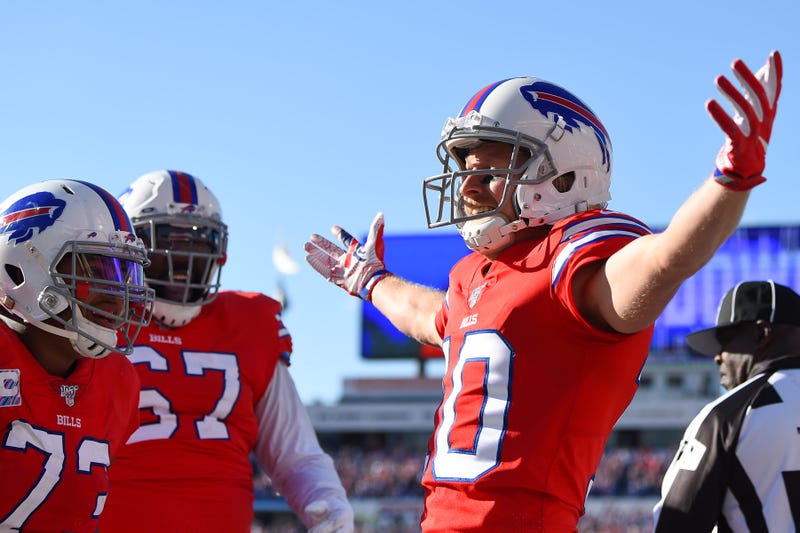 A funny thing happened on the way to, what many thought would be, an easy Buffalo Bills win over the winless, and supposedly hapless Miami Dolphins on Sunday.

The Bills settled for early field goals, while the Dolphins rode a couple of nice Ryan Fitzpatrick passes and battles won on both sides of the line of scrimmage to a 14-9 lead. That’s where things stood at the two-minute warning, and the Bills were booed off their home field when the offense, again, failed to move the ball. A give up hand off to Devin Singletary on 3rd-and-19 from their own 16-yard line will get you that sort of reaction, especially when you were favored by 17 points going into the game.

Look, there’s really no arguing that this tweet did not age well at all (Hello Freezing Cold Takes). Just to clarify, I was making fun of the Dolphins, not the Bills. You can’t beat them with field goals is the sort of thing we say to one another when the Bills are playing the New England Patriots. You know, a good team. Forgive me, I thought the sarcasm would be evident and with the addition of the hahahahalololol’s, the intention of the comment would be easily discerned.

Man, was I wrong. The replies were really something:

At least people who called me a jinx understood the intent of the tweet, but, you know, jinx schminx.

Anyways, back in the real world, the Bills survived an almost 10-minute drive by Miami to open the second half by getting an interception from Tre’Davious White at their own two-yard line. An ensuing 98-yard touchdown drive restored some degree of order, and following a successful two-point conversion, put the Bills up by three with a little less than 14 minutes to go.

A 17-14 lead with almost a quarter to go as a 17-point favorite meant that maybe we’d be in for some more tense times before it was over. The teams traded punts and the Dolphins were pinned deep. A Fitzpatrick completion gave Miami a little breathing room, but on the very next play, White stripped rookie wideout Preston Williams, Jerry Hughes recovered and the Bills defense had rescued what, only a little while earlier, had looked to be an almost unforgivably bad day.

Josh Allen hit Cole Beasley for a touchdown and a 10-point lead was in hand. No, it was not as easy as it was supposed to be. The Bills didn’t destroy Miami. They did not cover the 17-point spread. They made their fans pretty tense for a lot of the afternoon.

They also improved to 5-1 on the season with, what still looks to be, a pretty soft schedule. Admittedly, with this win over Miami being more challenging than anticipated, maybe the schedule doesn’t look as easy as it did before this game. It stands to reason that if Miami poses a challenge then assuming any win moving forward is, at least, a little bit risky. But really, all of that schedule forecasting is guesswork to help pass the time. How the Bills looked against Miami has no bearing on how they’ll look against the Washington Redskins in two weeks. The Bills could’ve blown out Miami on Sunday and still struggle with Washington.

The Philadelphia Eagles comes to town next, and while they’ve been inconsistent so far this season, they do represent the second-best opponent the Bills have seen so far this season. At least that’s how I see it.

So a stiffer test next week and maybe we find out a little bit more about exactly what the 2019 Bills are and what they might be capable of. That’s the thing about being a huge favorite in a National Football League game. You don’t really learn an awful lot about how good your team is in those games. Win easily and you did what you were supposed to do. Struggle to win and face questions about why it was so hard. Losing is pretty much a calamity.

The Bills didn’t lose to Miami on Sunday. They sure did leave open for debate just how good they are though. It’s a pleasant change to win a game to improve to 5-1 and still be worried.

A loss here would have surely lead to an avalanche of comparisons to 2008 and 2011. At least I can say I’m happy we’ve managed to avoid that, for now.