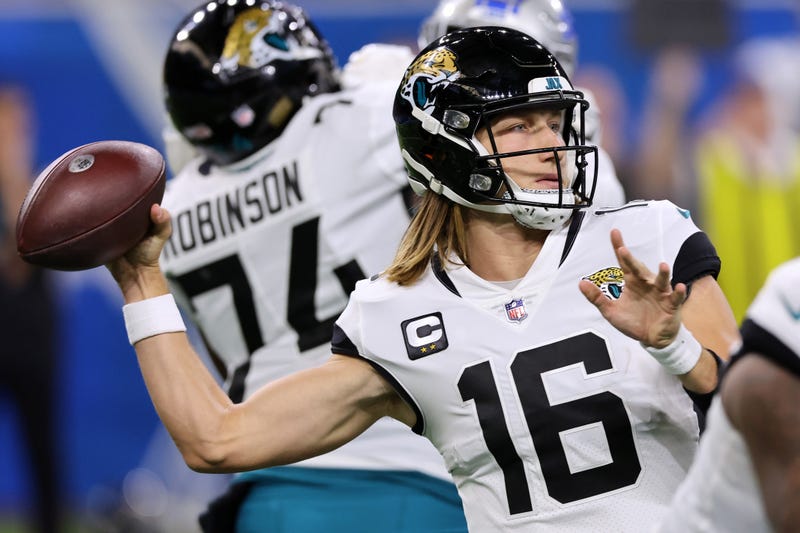 Jaguars (+4) vs Titans
Coming off back-to-back losses, the Tennessee Titans will try to get back on track as four-point favorites this week against the Jacksonville Jaguars in an AFC South rivalry game. The Jaguars haven’t won a game in Nashville since 2013, so they’re fighting history if they expect to steal a win this week. However, the Jacksonville defense has been solid for most of the season despite last week’s atrocious performance against the Lions in a 40-14 loss. Against a limited Tennessee offense that ranks 30th in passing yards and 26th in points, the Jags have a chance to force a low-scoring game, which would suit them. The Titans have been held to fewer than 20 points in six of their last seven games, which is going to make it hard to pull away from Jacksonville. That makes the Jags a solid road underdog this week despite their past struggles winning in Nashville. To get NFL betting picks and advanced stats for every NFL game this week, Check out BetQL.

Navy vs Army (+2.5)
Neither team is going to a bowl game this year, which should lead both teams to leave everything on the field for this year’s Army-Navy game on Sunday. Navy took last year’s game, although the Black Knights have won four of the last six games between the two service academies. Yet, it’s the Midshipmen who are slight 2.5-point favorites. It’s a little surprising to see the Midshipmen favored, as they are just 4-7 and have had a tough season. But coming off a close loss against Notre Dame and a win over Central Florida, Navy’s confidence will be high. On the other hand, the Black Knights are aiming for their sixth win of the season and have the momentum of back-to-back wins over UConn and UMass, both by lopsided margins. Even with multiple quarterbacks sharing time, the Army offense is in a good rhythm late in the season, which should give the Black Knights enough of an edge to earn a close win on Saturday. You can get the latest betting lines, over under picks, and picks against the spread for the upcoming bowl season at BetQL.

Celtics vs Warriors
In a rematch of last season’s NBA Finals, the Golden State Warriors will host the Boston Celtics on Saturday night. This figures to be a good measuring stick for the Celtics, who have the best record in the NBA but will be facing a tough road game. Not only are the Celtics winning at a high rate, but they’re also covering. They’ve won eight of their last nine games, covering the spread in each game. They’ve even been road underdogs against the Raptors and Suns in their last two games and won both. Things aren’t going quite as well for the Warriors, who have lost back-to-back games, including a home loss to the Pacers despite being favored by 12 points. On the bright side, Golden State is 11-2 SU and 9-4 ATS at home this season, so they should never be overlooked at the Chase Center, even against the scorching-hot Celtics. For NBA computer picks for every NBA game this weekend and beyond, head over to BetQL, where you can find the most updated odds, public betting data, and picks from our computer model.

No. 8 Alabama vs No. 1 Houston
The game of the weekend in college basketball this weekend features the no. 8 Alabama Crimson Tide visiting the no. 1 Houston Cougars. The Cougars have surely earned their no. 1 ranking with a 9-0 start behind Marcus Sasser and a deep supporting cast. Houston’s roster has 10 players averaging over 11 minutes per game and four players averaging at least nine points per game, so it’s not just the sharpshooting Sasser doing damage. The only caveat is that the Cougars haven’t been challenged much outside of a 10-point road win over Oregon. Meanwhile, the 7-1 Crimson Tide has already earned wins over Michigan State and former no. 1 North Carolina, losing only to a top-5 UConn team. Check out BetQL to find out which way the people who make college basketball expert picks are betting this game. Alabama’s roster is young with freshman Brandon Miller leading the way at 191 points per game. That could be their downfall against a deep and experienced Houston team that’s also outstanding defensively, as the Cougars have held all nine of their opponents to 56 points or less.
.
If you want to get in on the action yourself this week check out the sportsbook offers available in your state. You can bet BetQL’s best bets this weekend risk free when you sign up for a new sportsbook.

The conference championship games are over and it’s now bowl season. This year’s college football bowl season features 42 games, including the College Football Playoff. Of those bowl games, less than a dozen games opened with a betting line of more than a touchdown. That should translate to a lot of competitive bowl games that could go either way. To make sure you have an edge against the sportsbooks check out BetQL’s college bowl game picks and predictions. Make sure you’re getting the latest odds from BetQL, while also utilizing the advanced stats and proven computer model picks BetQL offers for every bowl game.