Kansas City, Mo. (WGR 550) - Josh Allen and the Buffalo Bills showed up in Kansas City on Sunday with a score to settle from last January with the Chiefs.

The Bills ended up leaving Kansas City victorious, winning 24-20 in a nail-biter that puts them in sole possession of first place in the AFC. 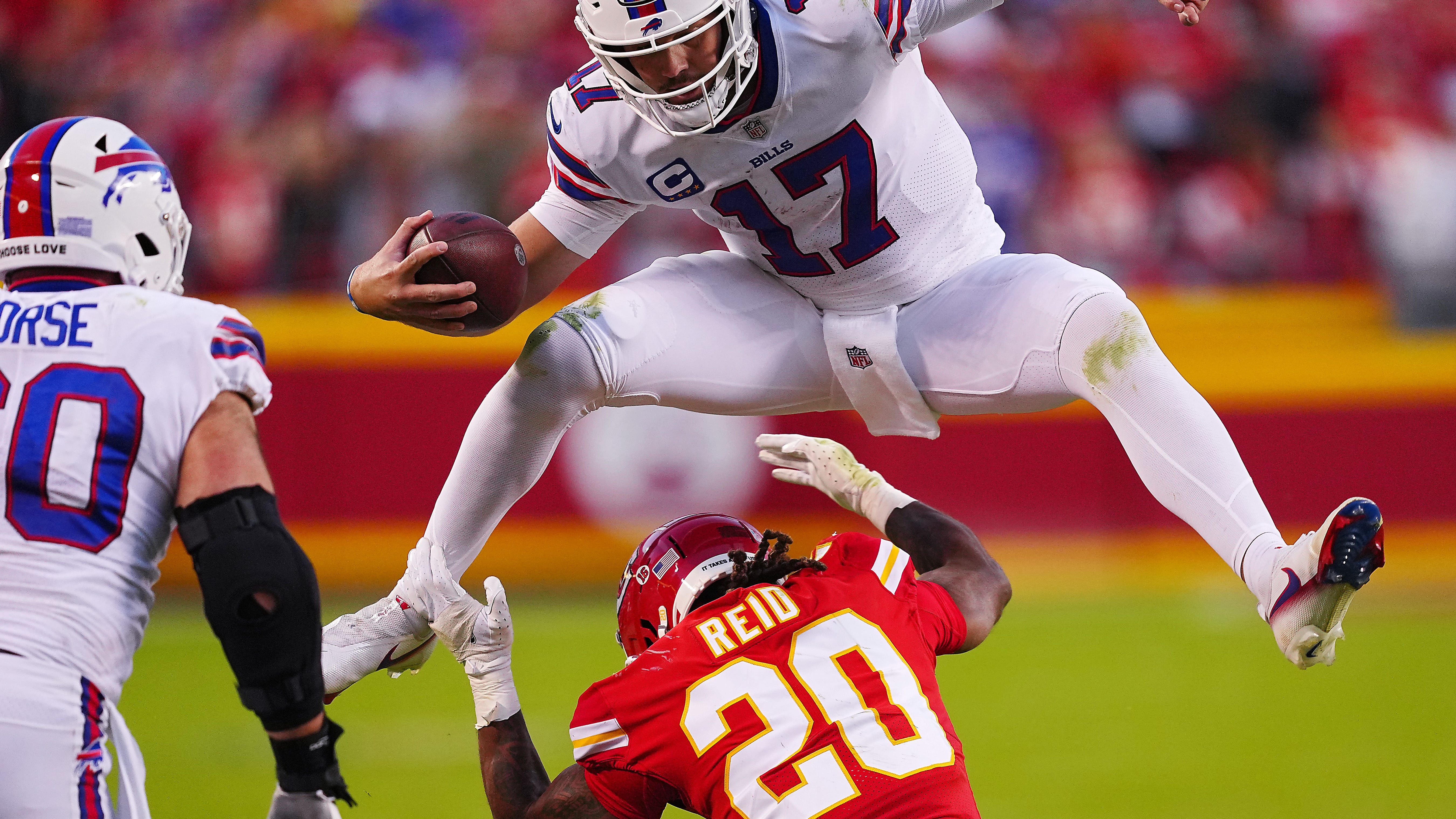 Allen had another impressive week under center for the Bills, up against another top team in the league. When all was said and done on Sunday, the Bills' signal caller completed 27-of-40 passes for 329 yards and three touchdowns.

Allen and the Bills knew this would be an important matchup, regardless of last year's fireworks in the playoffs. The game last season become known for its late-game heroics from the Chiefs offense, which had Bills fans marking this date on their calendar a long time ago.

"I'm proud of our team how we battled tonight," said Allen following the Bills' win on Sunday in Kansas City. "Guys just kept their head down, didn't panic, didn't blink, as we like to say in our locker room. Trusted the game plan, trusted situational football. Got a 'W' tonight, that was our only goal. ... It's another win. It's what we're trying to do each and every week."

One of the main attractions in this particular matchup is seeing the two juggernauts that are Allen and Patrick Mahomes duke it out to prove who is the better quarterback. Allen has always respected his opponent, and continued showing that respect on Sunday.

"Anytime you're going against a quarterback like that, you can make an argument he's got the best start to any quarterback to ever play this game in the history of this league," Allen said of Mahomes. "He's a special player, so any time he's got the ball in his hands, anything can happen."

You can listen to the rest of Allen's postgame comments in the player below: