The Buffalo Bills have announced their roster cuts in order to get down to the league maximum 53-player limit.

We’ve released 24 players from the roster. 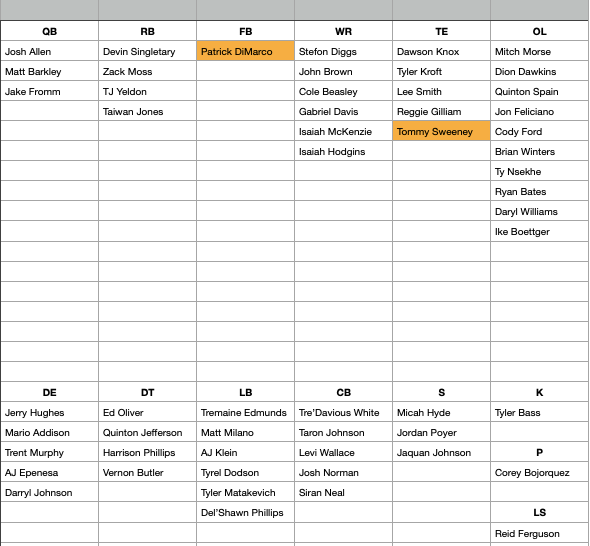 A league source has informed me that the Bills will be re-signing both wide receiver Andre Roberts and safety Dean Marlowe on Sunday after placing two players on injured reserve. One of those players is most likely guard Jon Feliciano.

By placing them on I.R. after making the initial 53-man roster, the Bills can then still bring those players back after a minimum of three games.