The Bills did not get off to a promising start in this one.

Bills quarterback Josh Allen threw an interception on the third play of the game, as Ravens cornerback Marlon Humphrey was the beneficiary of a tipped pass and got Baltimore the ball.

The Ravens cashed in on the good fortune, as running back J.K. Dobbins snagged a pass from quarterback Lamar Jackson to open the scoring.

The Bills did manage to get points on their next drive, thanks, in part, to a solid kick return by Isaiah McKenzie. However, Buffalo was not able to get into the end zone and were forced to settle for a 38-yard Tyler Bass field goal to cut the lead to 7-3.

The Ravens offense responded their next drive with another touchdown, as Jackson and company marched down the field on a 15-play, 81-yard drive. This time, it was Dobbins getting his second touchdown of the game, this time on the ground.

The Bills' turnover woes continued on their next drive, as Devin Singletary fumbled on a carry to give Baltimore another short field to expand on their 14-3 lead to end the first quarter.

The good news was Baltimore only got a field goal out of the drive, as the Bills defense held strong after that second turnover by the offense. Justin Tucker's 42-yard field goal made it 17-3, Baltimore.

Allen and the offense sputtered again on their next drive, a three-and-out featuring two runs with Zack Moss on the drive that resulted in a Sam Martin punt, giving the Ravens the ball at their 29-yard line.

Baltimore's top-scoring offense got more points off of the punt, courtesy of a 51-yard field goal from Tucker.

The first half woes continued for Buffalo, as the team suffered another three-and-out, thanks to a pair of drops on Allen passes. However, the Bills defense was up to the task, and got the ball back for a two-minute drill.

Allen and the offense finally punched the ball into the end zone, as McKenzie snagged a pass to get Buffalo their first touchdown of the game. Buffalo's 76-yard drive was more yards than the team had all of the first half, cutting the Baltimore lead to 20-10 at halftime.

Just what we needed!

The Ravens started out with the ball in the second half, but went three-and-out. Buffalo responded with a drive to make it a one score game, as Tyler Bass connected on a 39-yard field goal to reduce Baltimore's lead to 20-13.

The Bills defense, once again, held serve and forced another punt, allowing the offense to tie up the score. Allen rammed into the end zone from 11 yards out to mark 17-straight points for the Bills, tying the game at 20-20.

Jordan Poyer came to play after that, as he snagged two interceptions to halt a pair of promising Ravens drives.

The first interception came off of a tip that the Bills couldn't capitalize on. The good news was Buffalo pinned Baltimore down to their own five-yard line with a great punt from Sam Martin.

The Ravens responded by driving 90 yards down the field, but a desperation heave from Jackson on 4th-and-goal was picked off by Poyer.

Allen and the offense finished the job with a 4:09 minute drive, ending in a 21-yard field goal from Bass to give the Bills 20 unanswered points and the win. 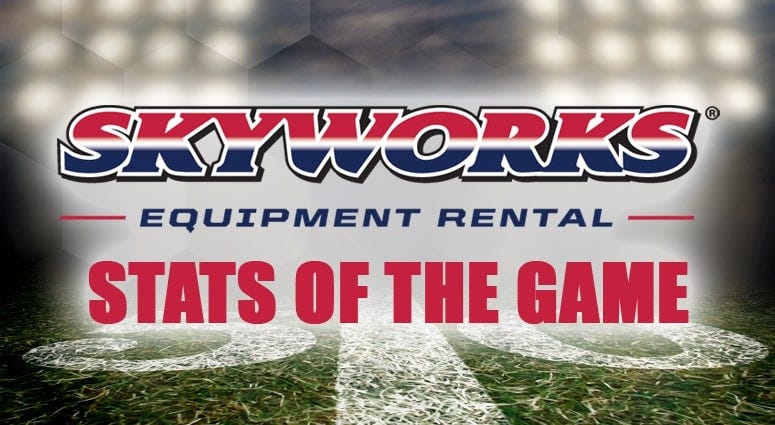