Though the addition of Stefon Diggs obviously went a long way in boosting Josh Allen's game from promising to MVP-caliber, Allen probably wouldn't have been able to post his monstrous stats without Cole Beasley on the field. 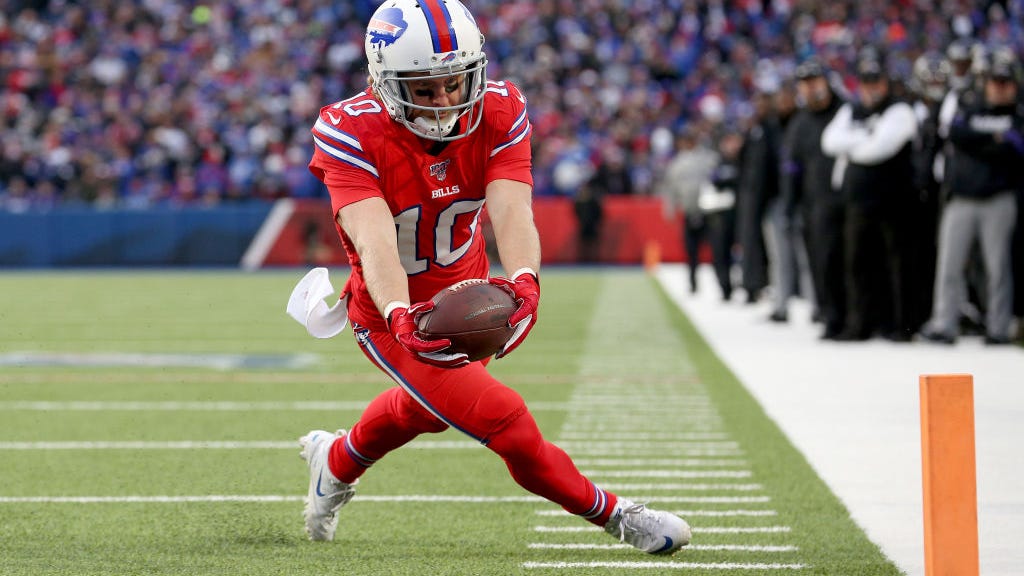 He was often more than just a "good" second receiving option. In four games, he topped eight receptions and 100 yards, with the latest effort coming in Week 15 against the Denver Broncos. He had eight catches for 112 yards in a 48-19 rout, and his first 1,000-yard season really didn't seem like a stretch.

And then, all of a sudden, he slowed down. He had 17 yards in Week 16 against the New England Patriots, didn't play in Week 17, recorded 57 yards in the Wild Card game against the Indianapolis Colts, and followed that up with a complete goose egg against the Baltimore Ravens in the Divisional Round.

Now we may have some insight as to why, and it's completely badass.

When asked by NFL Network reporter Mike Giardi about an injury he suffered in the Bills' Week 16 win over the Patriots on Monday Night Football, Beasley revealed that he was playing with a broken fibula in his leg.

"It's nothing that needs to be surgically repaired," Beasley said. "It's not a full break. It was something that was bad the first game I played, but after that, you take a few meds and suck it up."

With playoff football on the line, Beasley was doing all he could to try and help add to the Bills' receiving attack as his team pushed for a deep playoff run.

Doesn't matter if it was 100% broken, or if it was a partial break, or if one tiny little fragment of his fibula had chipped off. Playing three playoff games with a broken fibula is some type of crazy commitment that shows what type of special player Beasley is.